Samsung should be riding high at the moment; what with the upcoming international release of the Galaxy Note 4, and Apple’s latest iPhone offerings apparently being able to bend whilst in a trouser pocket. Samsung may have a problem though, and it concerns the previously mentioned Note 4. Apparently, in the midst of poking fun at Apple, the Note 4 has some problems of its own with build quality.

What sort of build quality problems? Well, according to a user on a ‘diesel enthusiasts’ website, the problem is that there is a gap between the display and the frame of the Note 4. Just how big a gap? Apparently big enough to slot a business card or a two sheets of paper into. As you can see from the image below, the paper or card fits into the gap with ease, there doesn’t appear to have been much force used at all in demonstrating the gap. From the look of things, this isn’t an isolated case either, with numerous Note 4 owners complaining to various Korean news outlets about the gap. 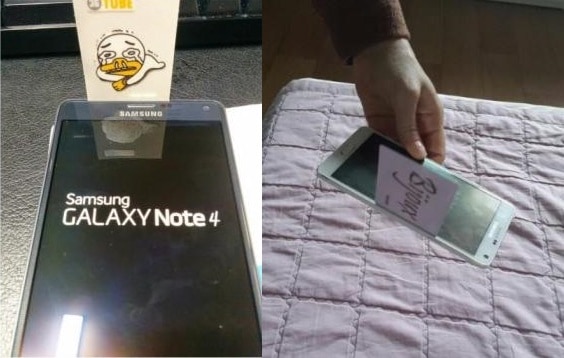 From a neutrals standpoint, one could suggest that Samsung have had this coming, and that they really should be the first to cast stones at Apple if their own house isn’t in order. It’s the way of life, murphy’s law, law of averages, and all that. While it’s natural to have teething problems when manufacturing a new device, is it too much to expect Samsung to have caught this fault? One wonders how many of the initial batch of 30,000 Note 4 handsets that were made available to South Korea and China have the same flaw? Hopefully, Samsung does the right thing by its customers by admitting the problem and allowing users to swap their afflicted handsets for brand new Note 4’s that are pristine and free from manufacturing flaws.

Do you think that Samsung will have corrected the problem with build quality in time for the international release of the Note 4? And if you were thinking of picking up the Note 4 when it became available in your country, has this news affected your decision at all? Let us know your thoughts on the matter at our Google Plus page.