Ah, the LG G Vista. The 5.7-inch mid-range phablet with killer battery life. I’ve been using the LG G Vista for a little over 2 weeks now. I actually have both the AT&T and Verizon variants here, and will review both in the same review, since they are more or less the same but with different logos. Last week, I went to New York for ZTE’s event where they announced the ZTE ZMAX, and used the LG G Vista basically as my daily driver, right behind the Moto X (2014). The LG G Vista isn’t quite up to the par of the LG G3, but it’s still a pretty decent mid-range smartphone from LG. 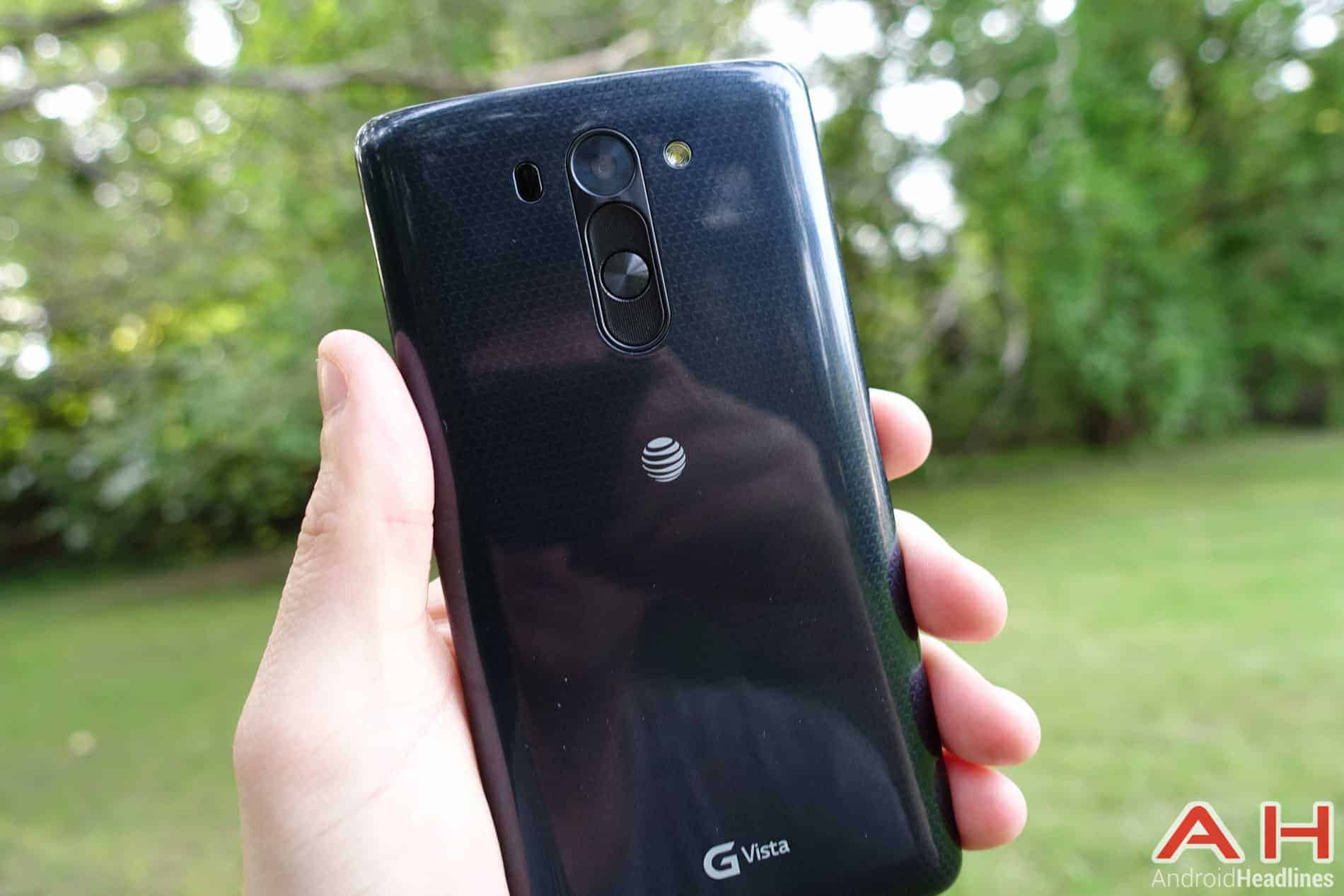 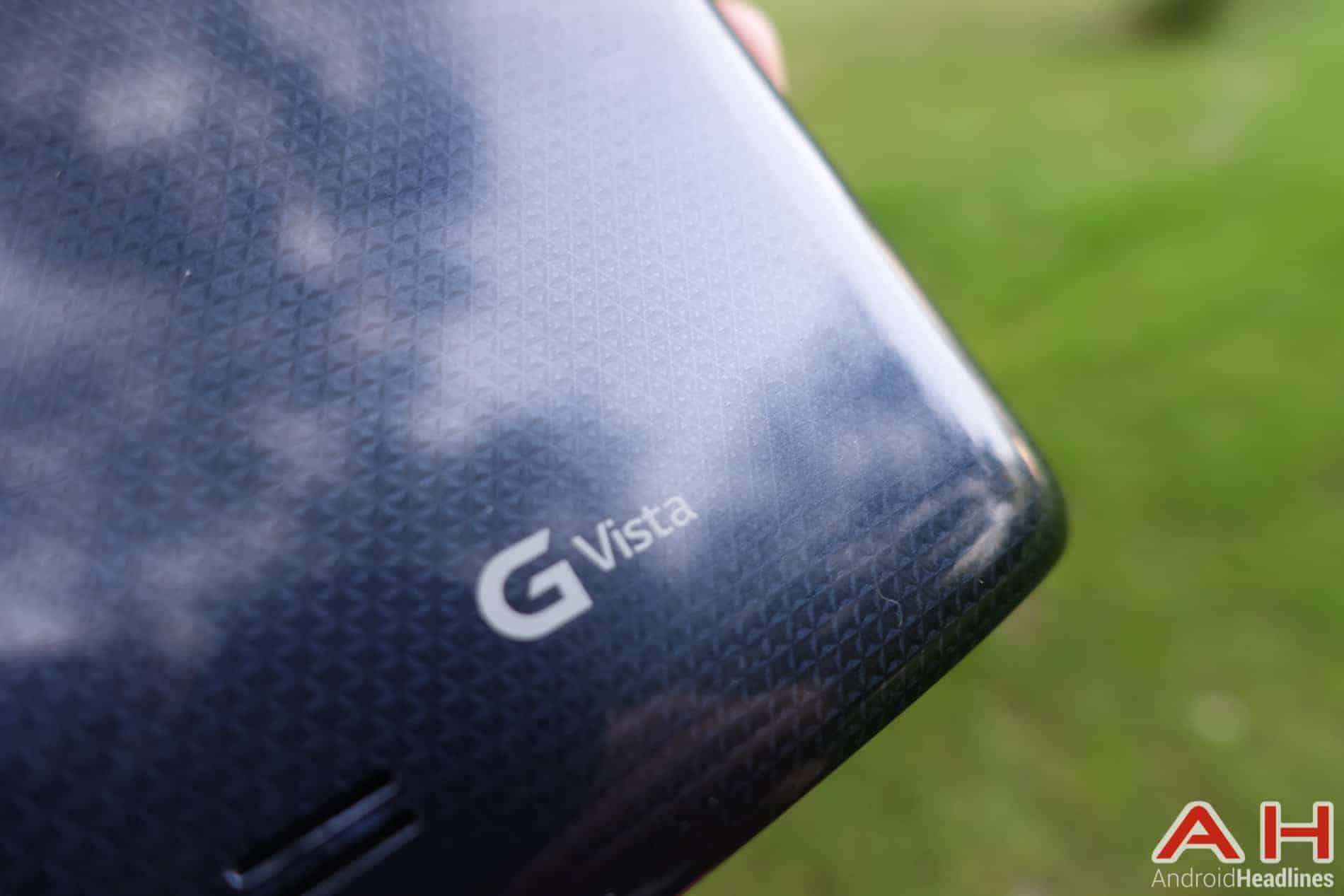 The hardware on the LG G Vista kind of reminds me of a mixture of the LG G2, and the LG G3. As the back is glossy a lot like the LG G2, but still looks like the G3, minus the faux metal on the G3. What’s interesting though is that the Verizon and AT&T models have a different pattern on the back. The build quality isn’t the best, but it could definitely be worse, in fact we’ve seen worse from LG in the previous years.

On the back is your volume rocker, power button and camera module. Just as you’d expect. With the micro USB port at the bottom and headphone jack up top. On the front you’ve got the earpiece above the 5.7-inch display.

As far as performance goes, it’s actually quite good. The only places I noticed lag, I also noticed lag on other devices, so I have a feeling that those are on the app developers and not the LG G Vista, fortunately. Otherwise, no issues with performance from the Snapdragon 400 or the 1.5GB of RAM. Of course, I’d like more RAM, but for the most part, I think it’s plenty for a mid-range device. 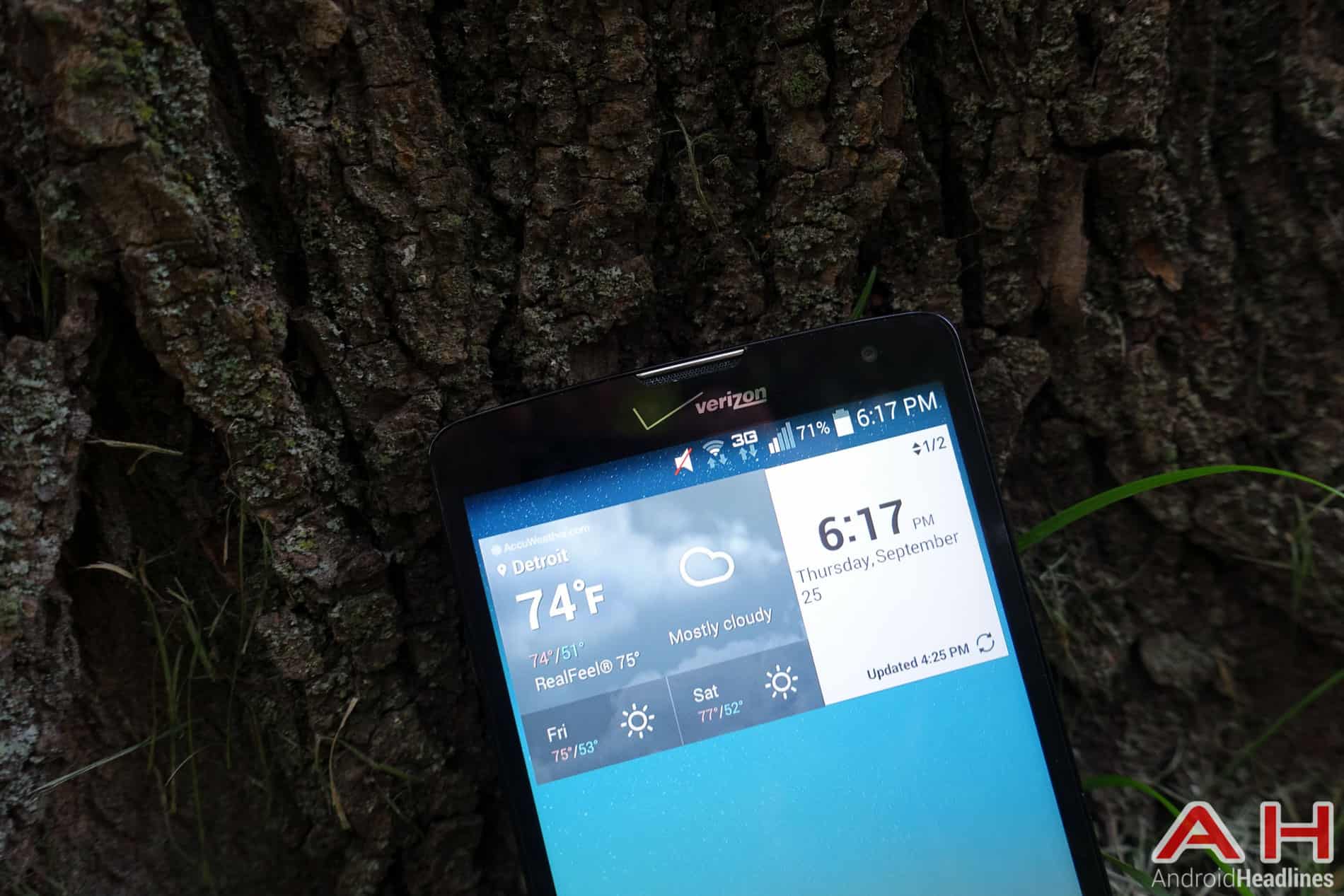 Onto the display. This part I was not so happy about. The display looks pretty good, for it being a 720p display. But my issue on the display comes from the touch sensitivity. Sometimes I have to touch a certain button on the LG G Vista a few times before it actually registers that i touched there. Which can get annoying when you’re trying to send a quick email, or turn on WiFi quickly, etc. So keep that in mind if you are looking to pick this one up. I will say that after getting used to it for a few days, it became less of an issue. Not sure if that’s because I had gotten used to it, or it got better. Maybe a bit of both. 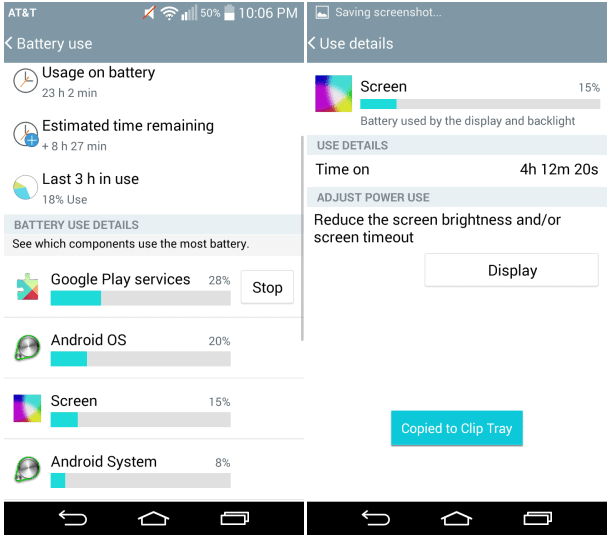 Arguably the best part of the LG G Vista. The battery life. Earlier this week, I was using it all day, pretty heavily and got over 5.5 hours of on screen time with about 39% left. That was after being unplugged for over a day. Some of that time was on WiFi and some was on LTE. I was pretty impressed, because that included some game playing as well. 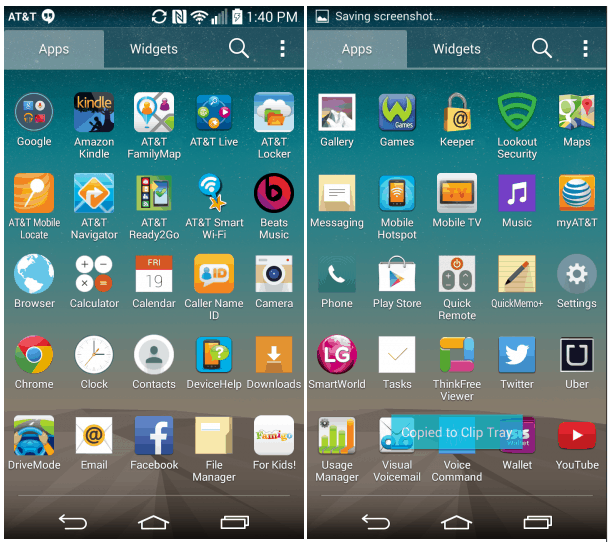 When it comes to software, it’s pretty similar to the LG G3. In fact, just about everything the LG G3 has in terms of software, the LG G Vista has as well. We’ve got Knock On, which is still my favorite feature on LG phones. We’ve also got Knock code, Quick Memo+, QSlide, and Quick Remote. I don’t use QSlide so much, but that’s LG’s new multi-tasking feature, that works adequately. It’s not good enough to get me away from the regular Android multi-tasking. Quick Memo+ is LG’s own note taking app, you can also use it to take screen shots. Finally Quick Remote. It uses the IR blaster on the back of your phone to control your TV. Hands down the best feature in any phone in the past 2-3 years. Because it means you can control your TV without needing your TV remote. Samsung and HTC also have this in their own smartphones, obviously under other names. 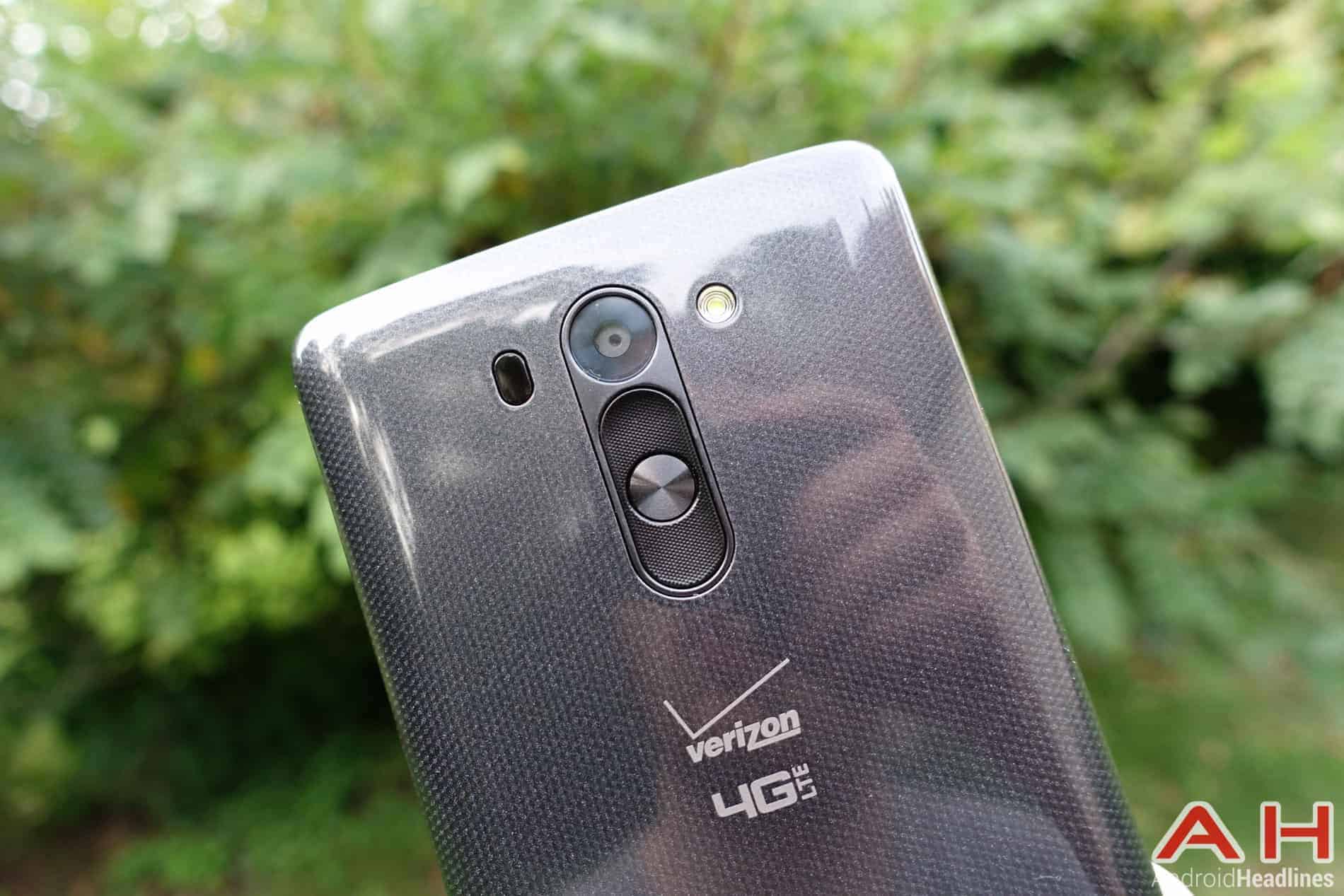 We’ve got a 8-megapixel camera with Laser Auto-Focus. Now it’s not perfect, but it’s definitely not bad either. Focus time is still pretty quick, and we were able to get some nice shots, as you can see in the gallery down below. 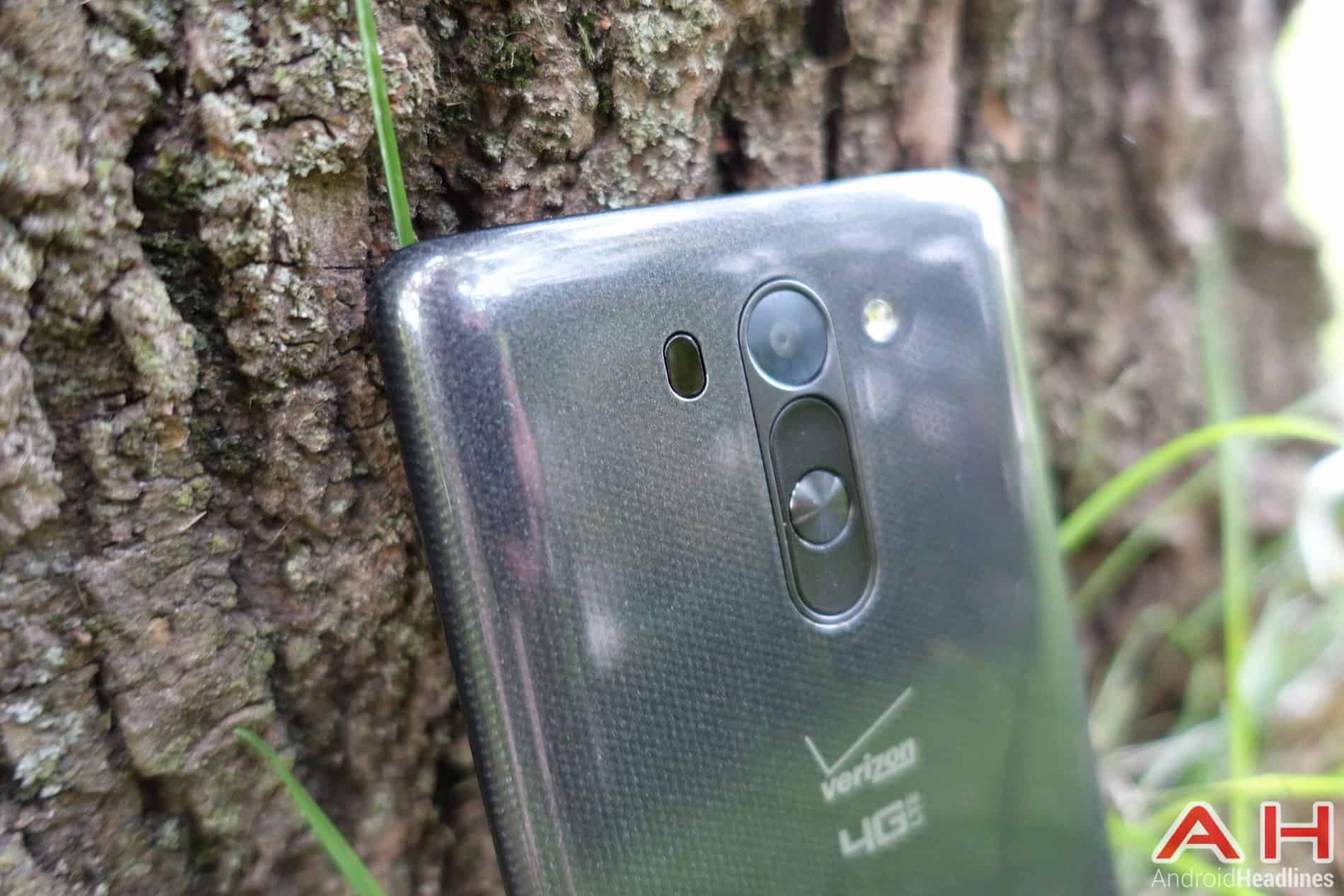 The LG G Vista is a pretty decent mid-range phablet – even though I hate the word “phablet”. It is available for a pretty cheap price, around $99 on contract. But is it worth it? Well I’ll put it like this. If you really want a big screen, but don’t want a big price tag, then the LG G Vista is the one to get. Unless you’d rather have the Ascend Mate 2 which is under $300. I loved everything about the LG G Vista, with the exception of the touch sensitivity on the display. If you can get past that, it’s a great device.