Skip to content
Trusted By Millions
Independent, Expert Android News You Can Trust, Since 2010
Publishing More Android Than Anyone Else
37
Today
37
This Week
553
This Month
3597
This Year
121215
All Time We’ve tested and reviewed a lot of Bluetooth speakers here at Android Headlines. There are a ton of companies making different wireless speaker options. Many are awesome, but few have truly blown us away. Creative Labs is one of the companies that we expect more from than most others. They’ve built a reputation for knowing what they are doing. When they gave us a chance to review the Sound Blaster Roar Bluetooth/NFC speaker, we jumped at it.

From the moment I opened the box, I knew that I was dealing with a speaker that is far above average. The speaker is metal and feels heavy. Its sturdy build quality gives it a sense of toughness. It seems like this speaker could take a beating if I wanted to give it one. The design is appealing and looks tough, too. The metal grate on the front, top and sides are tempered by the soft-touch plastic on the back. The quality feel is what I’ve come to expect from Creative.

Next I noticed the array of buttons on the back. I was a little confused at all of the options that these seemed to present. This is just a wireless speaker, right? Come to find out, it’s much more. 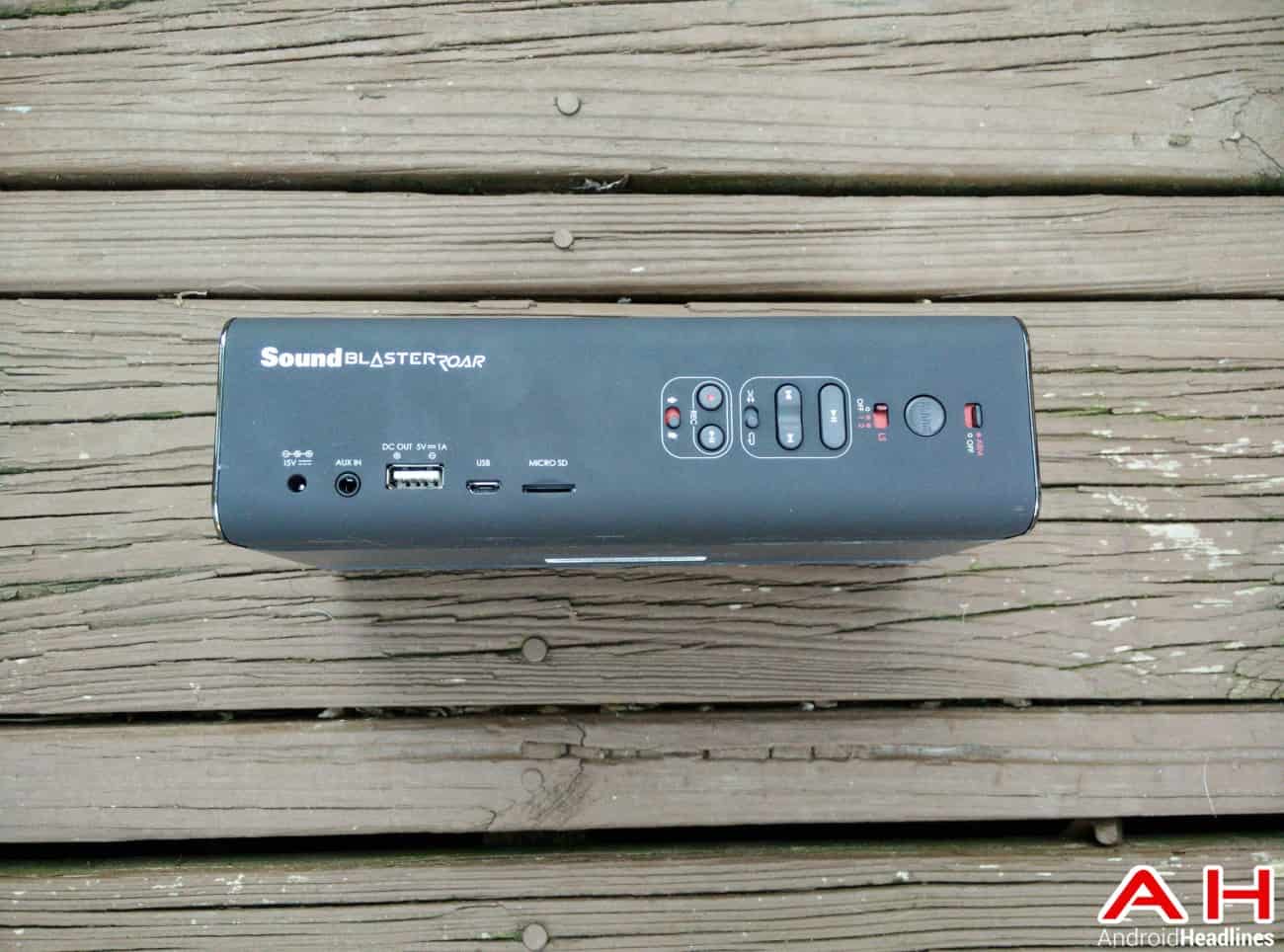 The Sound Blaster Roar has a built-in microphone, so you can use the speaker for conference calls. You can be streaming music from your phone, take a phone call, and then jump right back into the music almost seamlessly. Pretty handy, right? There’s also a microSD card slot on the back that will let you record your voice, making the Roar a dictation device. That’s not something that I will use often, but it’s a compelling feature if I were looking for an all-in-one device for the office.

There’s another button labeled “LS” that caused me a little bit of confusion at first. “LS” stands for Life Saver. The LS button plays loud sounds on repeat that will keep you awake in case of long nighttime road trips or similar situations. Again, not something I’m going to use a lot, but it’s still a neat feature.

All of these extra features are nice, but how does the Sound Blaster Roar sound? 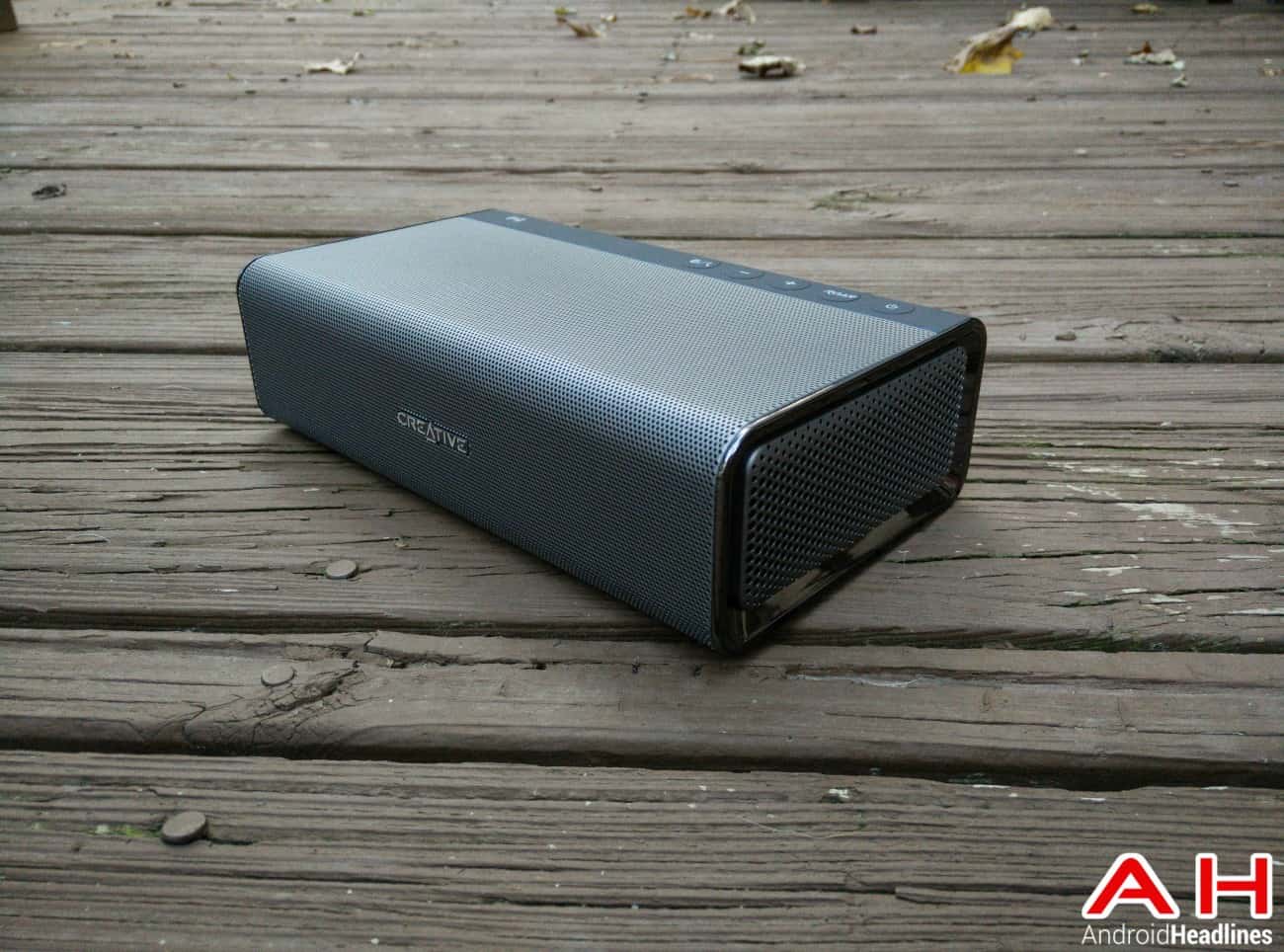 The Roar connects to your device using NFC or Bluetooth. It also has a 3.5mm audio jack for a wired connection. There’s a microUSB port you can use for a wired interface, and you can load audio on a microSD card too. The NFC connection is the easiest, if your device supports it. Just make sure your NFC is turned on, tap your smartphone to the NFC logo on the top left hand corner of the speaker, and the two devices will take care of the rest.

Music playback was truly remarkable. This is the best sounding portable speaker I have ever used. The Sound Blaster Roar has been my go-to audio device since I got it. I don’t generally enjoy Bluetooth wireless speakers because of the sound compression inherent in the Bluetooth streaming standard. This is a big change for me. The highs and mids are there, and the bass output is really good too. Low-end is quite often missing or sub-par with portable speakers. Not so with the Roar. This speaker has two 1.5-inch drivers for high and mid-range sounds, and a 2.5-inch subwoofer to really kick out the bass. 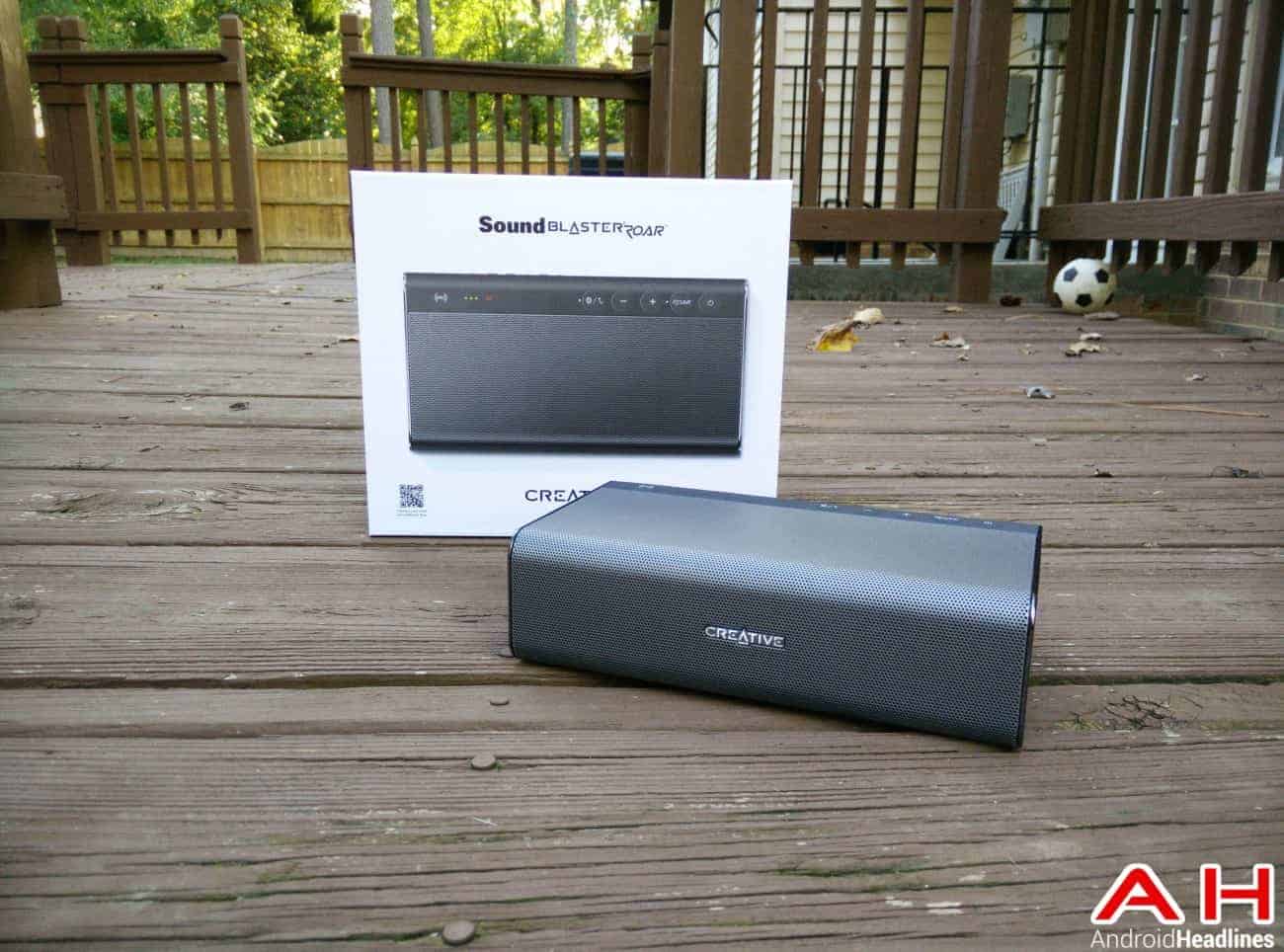 The sound is good and the volume can get really loud. By pressing the branded Roar button on the top of the speaker, you can activate extra sound cranked out of either end of the box. This Roar mode doesn’t give you 360 degrees of sound, but it sure does fill a room. Turning on the Roar feature does drain the batter a little faster, but I was able to get a little over 8 hours of playback with the feature activated.  I got over 10 hours with it off, which is plenty. The battery can be charged via microUSB or an older style round-pin plug that is included.

Another exciting feature on the Sound Blaster Roar is volume buttons on the speaker itself. It doesn’t seem like much, but the majority of wireless speakers seem to leave the volume adjustment to your phone or other paired device. Some speakers have what look like volume keys, but they really just skip tracks. I don’t want to reach for my phone just to turn up the volume so I love having these buttons on the speaker itself. This also means you can crank up the volume on the speaker all the way, and then turn it up some more on your phone if you want to seriously go deaf. Have fun!

The Creative Sound Blaster Roar is one of the best wireless, portable speakers I’ve ever heard. The battery life is good, the sound is fantastic, and the additional features make it a decent conference call and recording device. You should definitely pick one of these up. You can find the Sound Blaster Roar on Amazon for just under $150. It’s on the higher end of Bluetooth speakers, price-wise, but it’s worth every penny.