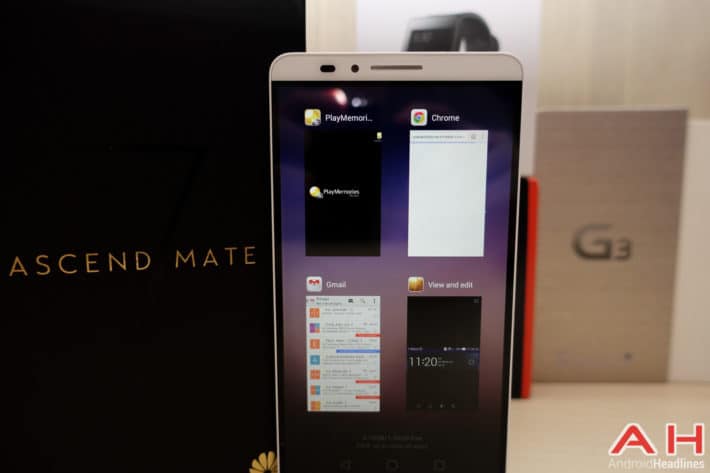 We typically don't get to spend much time with phones like the Huawei Ascend Mate 7 which are mostly only available in Asia. But since Huawei sent us one, we're going to cover everything about it! The Ascend Mate 7 is running Huawei's Emotion UI, and it's great improved over the version that the Ascend Mate 2 was running. So we'll be doing a bit of coverage on this one. Today, we're looking at multi-tasking. Which is something that we all do here with our phones. But the way Huawei does it is a bit different compared to the others out there.

If you hit the "Recents" button, you'll notice that there are only 4 apps that show up. Now if you swipe right to left, you'll see another page of four apps. And you can keep swiping through all of your most recently used apps. Additionally you can swipe up to get rid of them, or swipe down to lock them into recents. Now if you swipe up from the bottom of the screen, you'll see a trash can pop up. This is how you clear all the apps in your recents and get some extra RAM free. It's all done very nicely, and cleanly. I actually really like it, even though it's pretty far from stock Android.