There isn’t a soul out there that doesn’t think that shopping and paying for items with your mobile device via NFC is on its way and will become a reality.  However, for some reason it is taking the long way around in becoming commonplace.  It could and should be a very simple concept if everybody would just try to keep their fingers ‘out of the cookie jar.’  You should be able to walk into a merchant, pick up your items, the merchant then rings them up on their register (terminal), you pick out the ‘card’ on your smartphone that you want to pay with, hold it up to the sensor, and biff, bang, boom, you walk away with your purchases.  The money to pay for them is automatically deducted properly from your bank account or charged to your charge card.  Sounds so simple and yet it is taking forever to implement.

The infographic below, from our source, shows the many players in the Canadian “mobile payment ecosystem.”  One would think with that many financial institutions and carriers involved – and let’s not forget the phone manufactures that have to include NFC in their devices – that something would get accomplished…but have you ever heard the saying, “too many irons in the fire?”  In order for all of this to work together, you need to have from the bank or credit union (financial institution) an issued Visa PayWave or MasterCard PayPass credit or debit card.  Secondly, from a carrier’s standpoint, they had to issue you a secure SIM card.  Thirdly, from the manufacturer’s side, you have to have a smartphone that has the NFC chip built-in – see the list below of NFC-compatible devices.  Lastly, on the retailer’s side, they have to have a touchless terminal (PayPass or PayWave) in order to accept your NFC payments.  It was originally thought that the bottleneck would be the retailers, but in reality, they are waiting for everybody else to catch up.

If Apple does anything good for the benefit of us Android users, it will be that the new iPhone will FINALLY include NFC capability and that in itself may force the many parts of NFC to work together and move it along at a faster clip.  Please hit us up on our Google+ Page and let us know what you think of the ‘state’ of NFC purchasing in Canada…as always, we would love to hear from you. 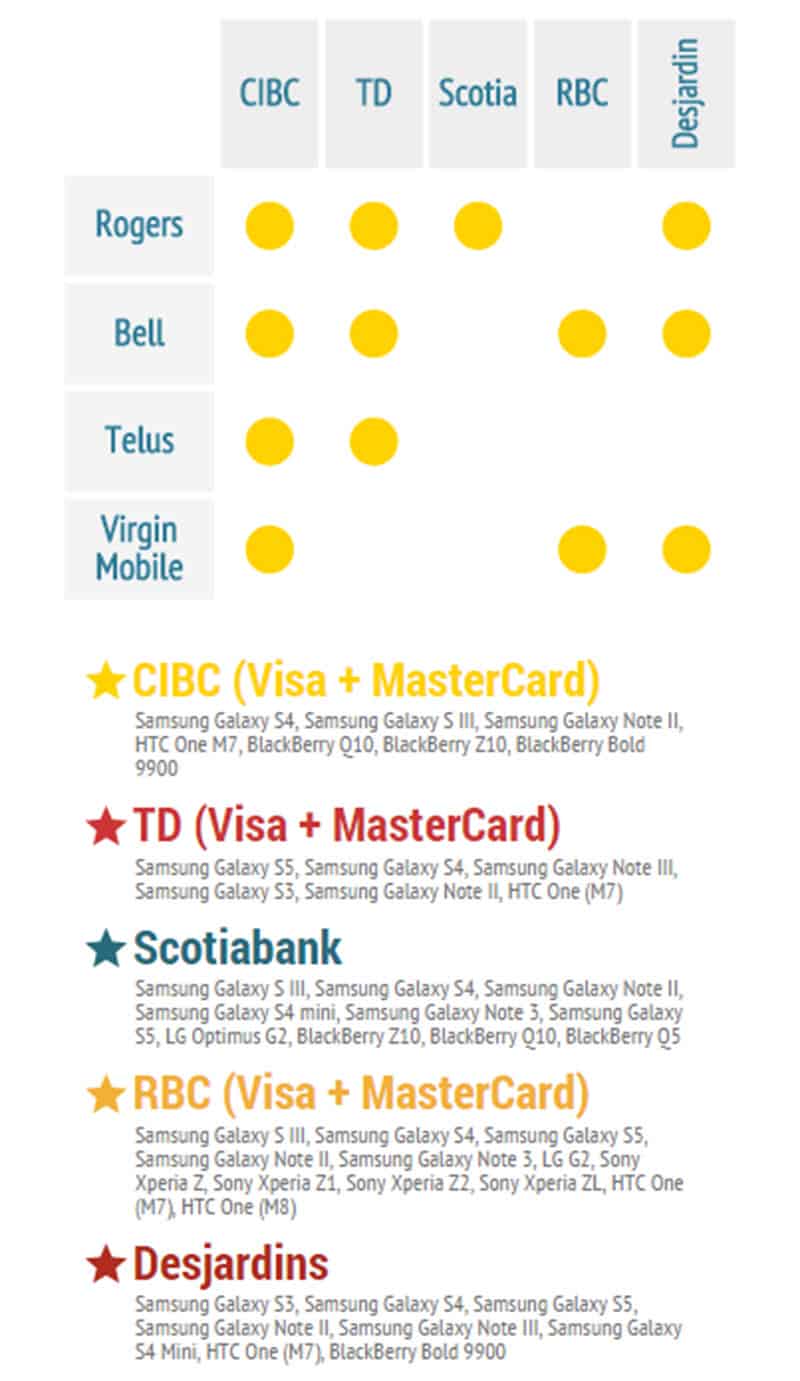