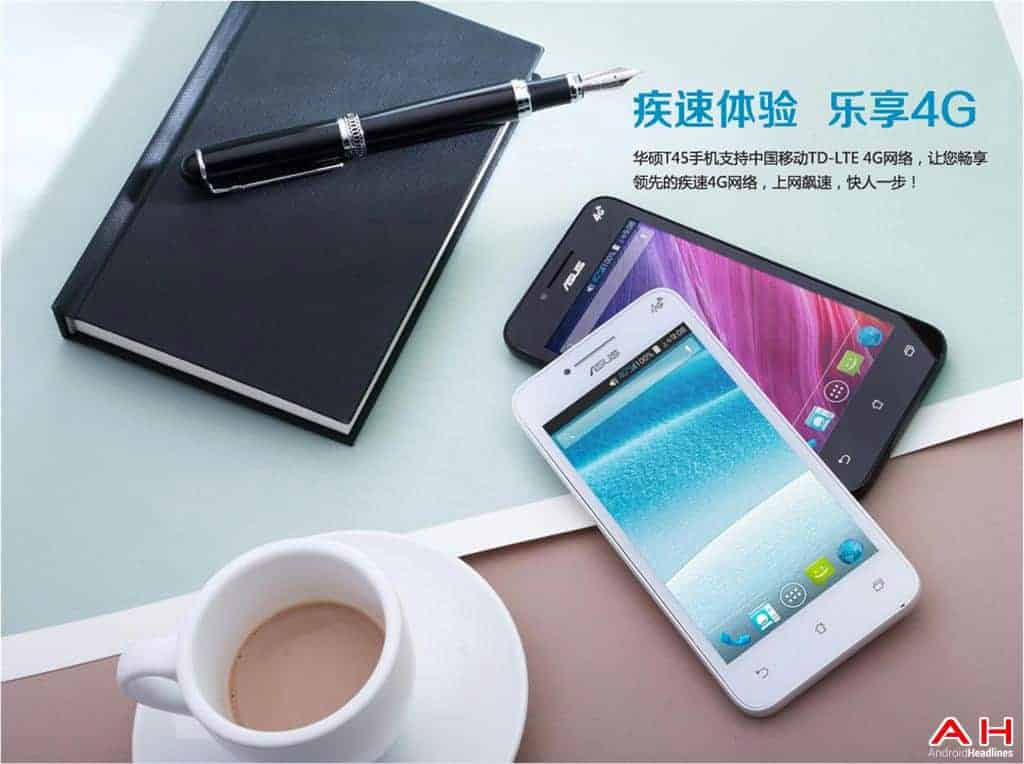 Asus has been making smartphones for a while, but have never really made any huge penetrations in the market .  All of that is about to change as they have just released their new entry-level Asus T45, and while the specifications are pretty basic, so is the price of about $115.  It follows their ZenFone design and comes in some bright colors – black, white, red and gold, however, only the black model is currently in-stock – with the same concentric lines, design of the back and button design, however, there is no metal.

The Asus T45 has, as the name suggests, a 4.5-inch TFT display with a resolution of 854 x 480 pixels.  It uses the MediaTek MT6582M quad-core processor and integrated LTE modem MT6290 for 4G/3G and GSM network support.  Processor is clocked at "up to 1.3GHz clock speed" and works in conjunction with the Mali 400 GPU and 512MB of RAM.  It will sport 4GB of internal storage.  The main camera will have 5MP and the front-facing camera is 3MP for those important selfies.  A 1750mAh battery will power the device.  It is running Android 4.4.2 but comes with Asus' customized ZenUI.

Founded in 1989, Asus is headquartered in Taipei, Taiwan and sells products all over the world.  Those products include PCs, laptops, netbooks, LED/LCD panels, monitors, motherboards, graphic cards, workstations, tablets, and smartphones.  In fact, in 2013 they ranked fifth in computer PC sales…only behind Lenovo, HP, Dell and Acer. In December 2008 they joined the Open Handset Alliance, and as a new member, "will either deploy compatible Android devices, contribute significant code to the Android Open Source Project, or support the ecosystem through products and services that will accelerate the availability of Android-based devices."

Google worked with Asus to build the very successful Nexus 7 line of tablets and as the PC market continues to shrink, they have concentrated more on laptops, tablets and smartphones. The smartphone market out of China is very crowded with cheaper devices being made all of the time.  The Asus T45 will finally give them a low-end device with a competitive price, but can still use 4G.  Even in the developing markets, where 3G rules, 4G is finally getting a foothold and consumers are demanding to have 4G capabilities in their new smartphone…can you blame them? Please hook up with us on our Google+ Page and let us know your Asus experiences and if you would consider buying your new smartphone off of them…as always, we would love to hear from you.