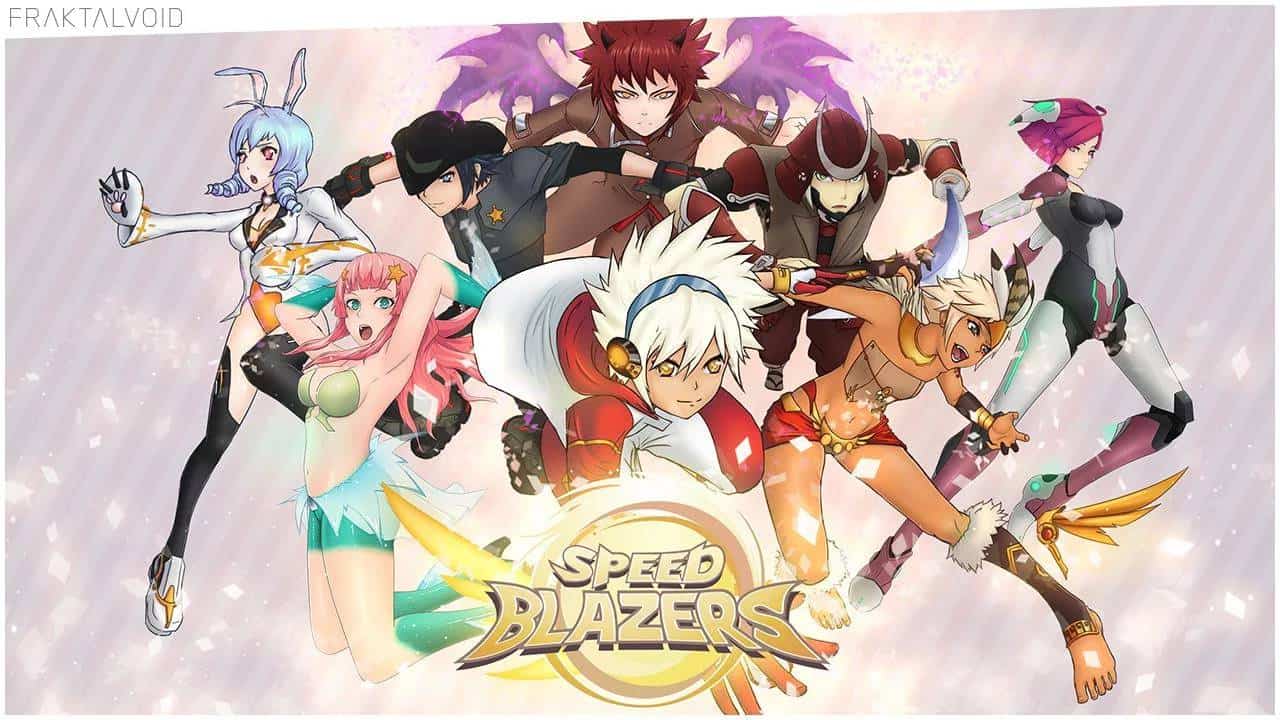 Speed Blazers isn't your typical racer. It's side scrolling instead of first or third person view, and you aren't racing cars but simply racing as the characters themselves. We saw this game 's early announcement before it released and haven't had a chance to check it out until recently, but for just a little more than a buck it's a pretty fun little game that is unique enough to probably capture most people's attention. As a Speed Blazer, you are equipped with sonic particle blades that allow you to glide on air just above the ground, and each stage has you racing to the end against two other opponents with plenty of obstacles in your way.

Speed Blazers features 8 unique characters to select and play as, although you start with one playable characters and the others are unlockable through playing. As you race you can perform tricks to boost your score, which are performed by swipe gestures on screen while you're in air. A virtual D-pad on the left hand side of the screen handles controls for moving forward or sliding backwards to brake, and the button on the right allows you to jump or slide to avoid obstacles. Speed Blazers also features unlockable level achievements through the Google Play Games support, which means that any achievements earned in the game attributes to your overall level for your Google Play Games profile and XP gained.

When it comes to the graphics, each and every one of the 72 levels is in 3D with a stylized anime type of visuals, for the characters at least. It also features a soundtrack to match the high energy style of gameplay, which I found to be more enjoyable using headphones for a more immersive feel to the game. Overall it is a fresh take on a racing game that is a great deal for the price of $1.21. It is an easy game to pick up and learn but it'll be hard to master as later levels are sure to trip you up a bit at first. If you enjoy anime and you like racing games, give Speed Blazers a look.