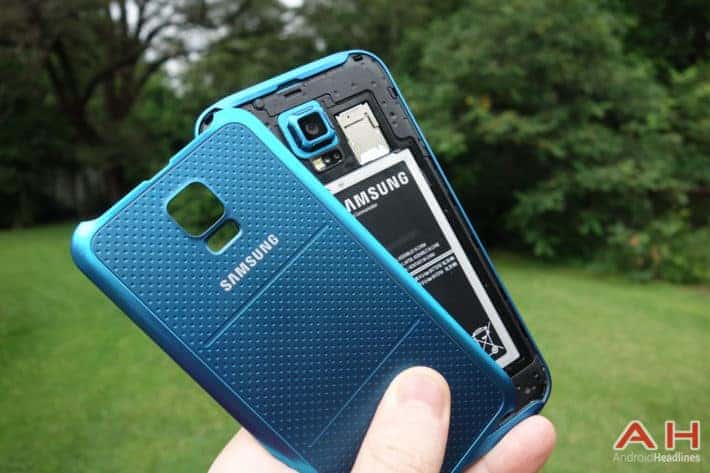 There's been much press and discussion this year regarding Samsung's declining profits despite the release of the Samsung Galaxy S5 and the coming-soon Note 4, already selling out in various markets. Samsung revealed a near quarter drop in profits in their second quarter profit announcement despite the successful launch of the S5. For Samsung, most of their profit is from their smartphones: not great news. Samsung blamed a decline in tablet sales and foreign currency movements. Since then, it's come out fighting with the Note 4, Galaxy Alpha and of course the S5 goes from strength to strength. These are expensive but desirable devices.

I believe Samsung are fighting the wrong battle if they wish to grow their smartphone sales. Let me explain: from the outside, the high end (read: expensive) marketplace is dominated by two manufacturers: Apple and Samsung. These big boys spend a lot on marketing and promotion. Without wishing to upset any of the supporters, Samsung products are not at the front of the smartphone curve. Yes; the Note 4 has a plethora of sensors that means it can read the strength of UV light and tell you your blood oxygen saturation level but costs a huge amount of money and is selling into saturated markets. Most people buying the Note 4 (or Samsung Galaxy Alpha) are upgrading into the device rather than buying it has their first 'phone. After all, who wants to drop £500 / $800 or more onto their first mobile 'phone? A senior Samsung executive, President D. J. Lee, spoke at a press conference stating that he believes the Samsung Galaxy Note 4 will sell better than the Note 3 and this will drive a quick recovery in their mobile business. And my reply? "Samsung, you're doing it wrong." The Samsung Galaxy S5 outsold the S4 during the launch and subsequent month by around ten percent, but you're selling to the wrong market.

I want to write about Google and their Android One project. Google have recognised that there's limited growth in mid range and up smartphones across the world. We expect to see some localised reduction in Android market share following a new iPhone and it reverts back a few months later. This is noise as customers will move between platform, but whilst this sells boxes it doesn't drive market share. That happens at the bottom end of the market with low end devices. Samsung's low end handsets are… just not very good, actually. Last year, Motorola showed the world that the low end handsets don't have to be drab, sluggish and compromised with the release of the Moto G and Moto E. Here, we have a near-Nexus software experience with pleasant-to-use hardware. The Moto G was around the £150 / $200 at launch, unlocked with no contract. Many people in developed markets dip their toe into the smartphone market with an entry level device and £150 is much easier to afford compared with £500. However, we need to disregard the developed market as most people who want a smartphone, already have one (in America, three in four people own a smartphone).

Let me turn my attention to the developing smartphone markets, where salaries are significantly lower (the average Indian annual salary is less than £5,000). A £500 smartphone is unrealistic for many people. A £150 smartphone is expensive. Smartphones need to be more affordable. This is where Samsung are doing it wrong and Google have called the ball with Android One. The Android One devices are likely to experience high growth, arguably Google's finest moment in their 2014 Google I/O conference. You see, Android One devices have a known and modest hardware specification around the Moto E point. They run a near-stock version of Android and receive updates from Google. They're getting Android L. Oh, and they're less than £75 and will almost certainly be bought by new smartphone owners. Analysts around the world expect that two million Android One devices will be sold.

In a sales world dominated by Samsung selling 35 million S5s in Q2 2014, two million in three months doesn't sound like much. But those sales are new into the market and will drive additional sales in the coming months and years. Google are making inroads into carrier billing agreements to make it easier for customers to access Google's Play Store. Samsung do not have a viable answer to Android One. Perhaps they're not interested and instead positioning their products are more premium than the budget entries? I'd bet against this: consumers are both price sensitive and envious of more expensive goods but it's easier to sell a cheap 'phone to the masses than an expensive 'phone to a select few.