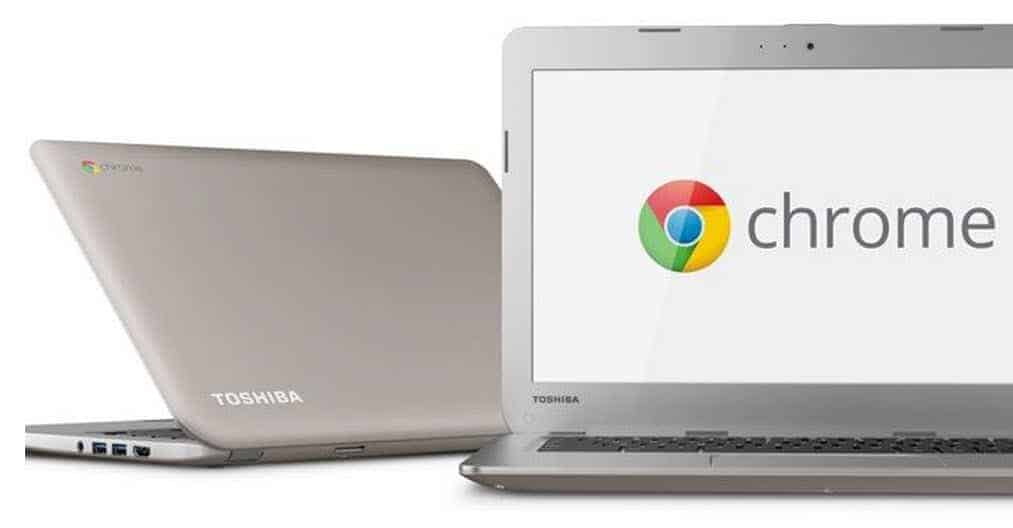 Toshiba appears to be readying a new 13.3-inch model Chromebook – an update of the same model released earlier this year – only replacing the Intel Celeron 2955 Haswell processor with the new Intel Celeron N2830 dual-core Bay Trail chip.  It is clocked at 2.16GHz and supports the faster 802.11ac Wi-Fi specification.  It appeared first on Toshiba's Australia website, but it should eventually make its way to Europe and the U.S.

The Toshiba with the Bay Trail chip joins a growing body of Chromebooks that Google and Intel announced back in May at their press conference in San Francisco.  They said that Acer, ASUS, HP, LG, Lenovo, Toshiba and even Dell would be bringing their own models to market.  The big news about the Bay Trail processor is its ability to squeeze 11 hours out of the battery – a full hour more than the Haswell processors produced.  Intel also showed off the performance increase of the Bay Trail over the ARM-based processors.  We are glad that Intel has finally joined the mobile device world – the big question is what is taking so long for them to get into the smartphone and tablet world…hopefully this will be the first step.  Qualcomm needs some stiff competition to keep them innovating.

The new Toshiba Chromebook sports a 13.3-inch HD Matte Widescreen 16:9 Aspect Ratio with an LED Backlit Display and a resolution of 1366 x 768 pixels.  The Intel Celeron N2830 Bay Trail processor is dual-core with a clock speed of 2.16 – 2.41GHZ, with 1333MHz MC and 1MB, L2 Cache.  It comes with 2GB of RAM that is not expandable with 16GB of SSD for storage.  It is powered by a 3-cell, 44Whr battery, listed with 10.5 hours of usage.  The faster Wi-Fi we mentioned above and Bluetooth 4.0 are standard.  There are microphone and headphone jacks, stereo speakers, HD Webcam/microphone, 2 USB ports – USB 2.0 and USB 3.0, SD Slot and HDMI port.  Software includes Google Chrome, Google Docs, Google+, Gmail, Google Maps, Google Store, YouTube, Calendar, Play Books, Play Magazine and of course, access to all Google Apps.

There is no definite date on when it will go on sale, or how much it will cost – it is listed as 'unavailable.'  Please hook up with us on our Google+ Page and let us know if you are looking forward to the Bay Trail Chromebooks – do you have one on your radar…as always, we would love to hear from you.