TELUS has firmly solidified themselves as the second largest wireless carrier in Canada, bested only by Rogers, and today they released their Q2 earnings report and are reporting a consolidated operating revenue growth of 4.4-percent from a year earlier to $2.96 billion.  Earnings Before Interest, Income Taxes, Depreciation and Amortization (EBITDA) increase to $1.07 billion or 7.5-percent.  Net Income increased a whopping 33-percent to $381 million and Earnings Per Share (EPS) rose $0.62 or 41-percent. On strictly the wireless side of the equation, their revenues increased by $85 million or 6.1-percent compared to the same time last year.  This was accomplished by increasing the number of customers, more smartphones being sold resulting in an increase in data charges, as well as the expansion of their LTE coverage.  Smartphone subscribers (those that use data) represent 79-percent of TELUS’ postpaid subscribers.  The blended Average Revenue Per User (ARPU), excluding Public Mobile, posted an increase of 2.3-percent to $62.51 – TELUS’ fifteenth consecutive quarter of year-over-year growth.

TELUS’ customer friendly strategy must be working as their churn rate for postpaid subscribers declined 13 basis points to 0.90-percent – that matches a record low that TELUS set eight years ago.  TELUS has been working hard in putting a ‘customer first’ approach and investmenting in customer retention.  Postpaid added 78,000 new subscribers, but that was partially offset by a loss of 20,000 lower ARPU Prepaid customers.  Net additions then were at 58,000, which are down from 79,000 a year ago.  The higher-value postpaid subscribers now represent 87-percent of the total subscriber base. TELUS also notes that its LTE network now reaches more than 84% of Canada’s population, up from 74% last year.

Darren Entwistle, TELUS Executive Chair said, “Our strong second quarter results were characterized by growth in revenue, EBITDA and free cash flow, supported by 80,000 net new subscriber additions and continued leading customer loyalty with a record monthly postpaid wireless churn rate of 0.90 per cent.  On the back of these robust results, we continued to demonstrate our commitment to returning capital to shareholders through our dividend increases and stock repurchases, which this year have totaled $1.1 billion to the end of July.  On an absolute basis, or on a relative basis with our global peers, TELUS continues to drive industry-leading results.” 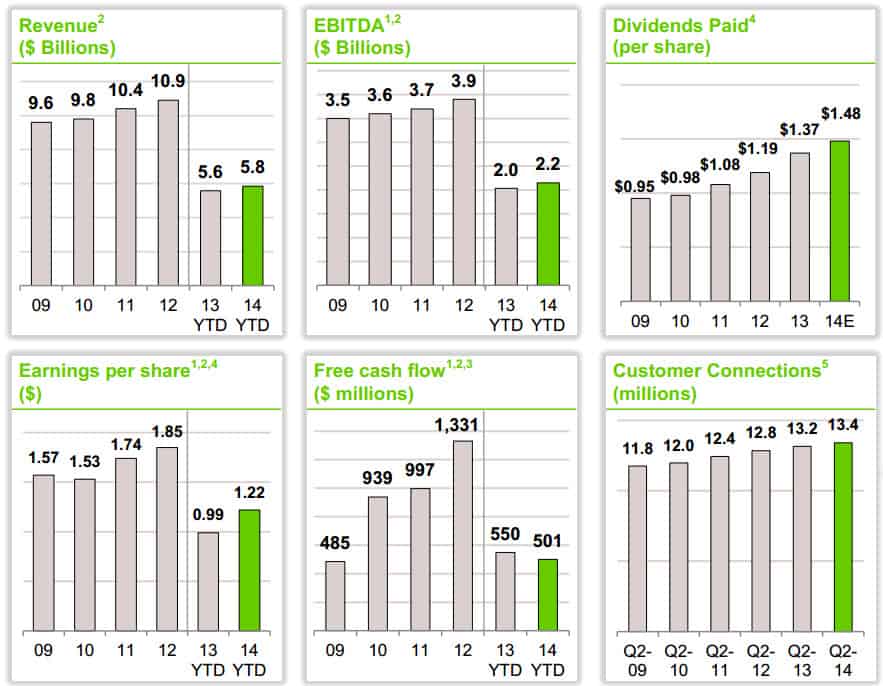