When we first heard that Amazon was designing their own smartphone, I don’t think anybody got too excited.  We all enjoyed reading the rumors – because that’s the way we are – but there was, quite honestly, not a whole lot of enthusiasm on the part of the tech world.  The four extra cameras certainly intrigued us, as we pondered what they could be used for on a smartphone…but as more news came in about them, interest became mildly peaked, but that was about all.  Now that the Amazon Fire phone is here and for sale, it seems as though the initial interest waned quickly according to a new study from Chitika.  They measure the web traffic by device to determine exactly how much that device is being used – a good indication of its adoption rate.

They cite two main reasons for its slow sales – the Amazon Fire Phone received mediocre reviews and its AT&T exclusivity…it was Amazon’s best-seller for a while, but even sales on its own website have dropped.  Alex did a thorough review for us and found that he too liked some features, but others not so much – one of them was the availability only on AT&T and only in this country, which limits the potential sales immensely. It may have helped the iPhone, but that was a different time and the beginnings of the smartphone as we know it today.

To show the difference between a widespread launching, such as the LG G3, and an exclusive launch, such as the Motorola Droid Ultra on Verizon only, you can look at the two charts below to see how much North American web traffic each device garnered.  After a twenty day period, the Amazon Fire had only .02-percent of the web traffic and the LG G3 had .06-percent of the web traffic – three times as much.  This is during the first twenty days when people should have been running out to buy these devices.

The second chart compares the Amazon Fire Phone with another exclusively launch device, the Droid Ultra.  As you can see from the graph, the Fire Phone got off to a good start, but then the Droid Ultra gained momentum, but as you can see both ended up (if you round) with only .02-percent of the web traffic after 20 days.  Devices just have a better chance of selling when more carriers are selling the device – it is simple economics.

Please hit us up on our Google+ Page and let us know what you think about the Amazon Fire Phone – did you buy one and do you like it or wouldn’t you touch the device…as always, we would love to hear from you. 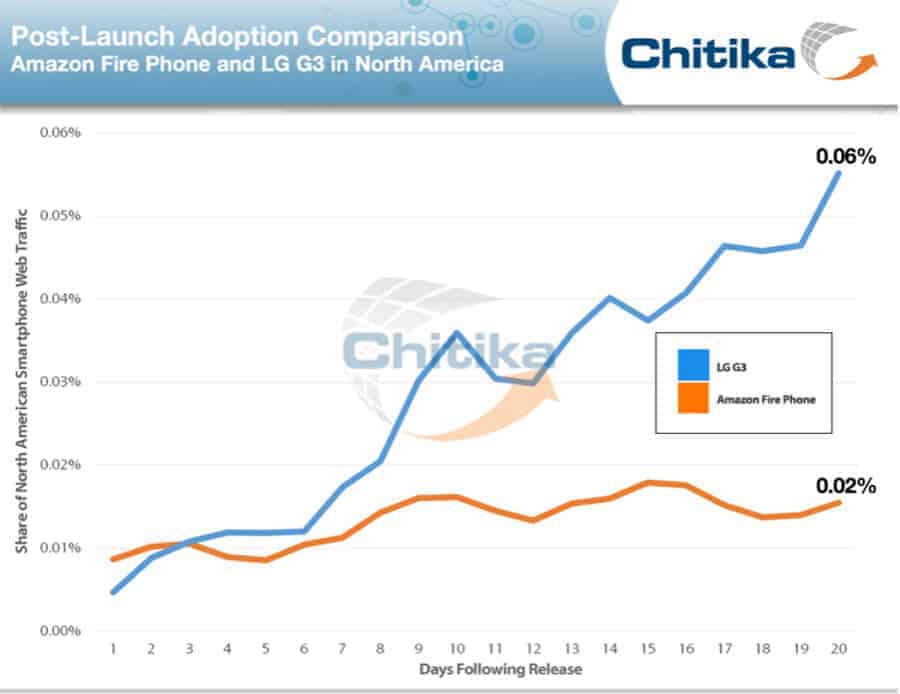 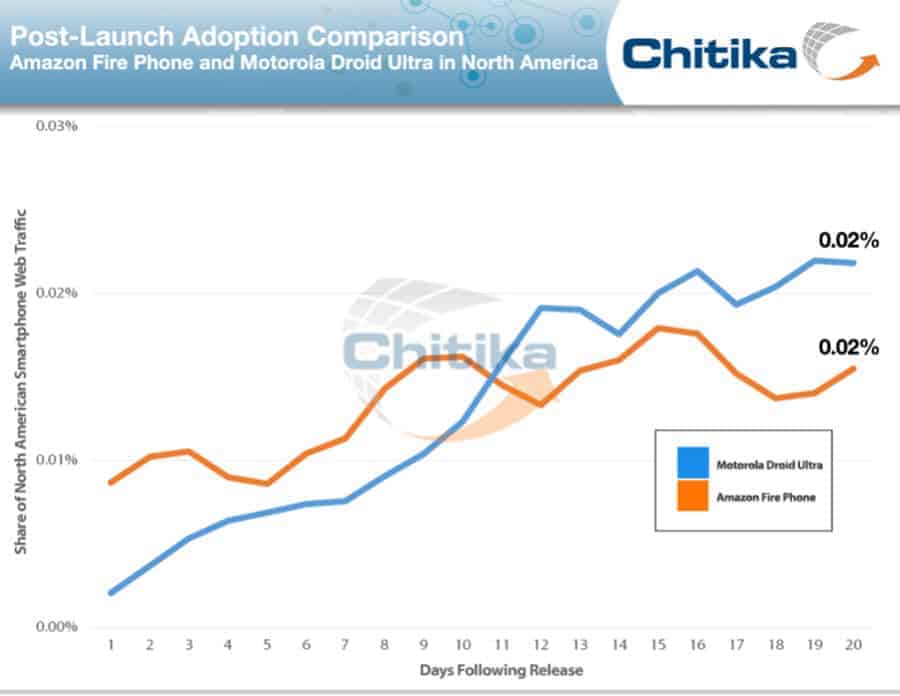