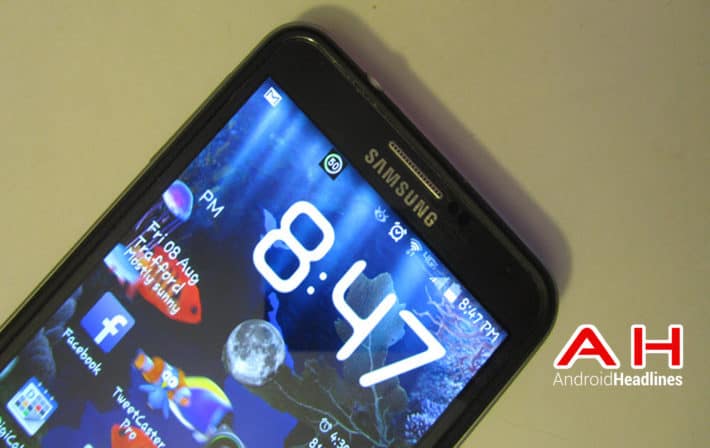 Amongst all of the talk of how poorly Samsung is doing financially, they are not all of a sudden going to be taken over by the likes of HTC or LG.  Yes, sales have been in a slump, and yes Samsung is very disappointed, but make no mistake, Samsung is here to stay.  They are still the largest seller of smartphones in the world – by a large margin over any other Android device.  Much of their success is due to the wide variety and price levels of devices that they offer – from high-end devices in the U.S. to the entry-level and mid-range devices in the emerging nations.  They do make a solid and well-engineered product; however, their success is also bolstered through a massive marketing budget, especially in the U.S. where more high-end devices are sold.  According to a recent survey by Kantar Worldpanel ComTech, their success may be enhanced by the fact the carriers tend to push Samsung products over Apple and all other Android devices for that matter.

The Kantar study had some very interesting figures about the U.S. smartphone buyer.  For the most part, we like our smartphones – in the 1Q14, 55-percent of us owned a smartphone and 76-percent of overall mobile phones were of the smartphone variety – and we are an inquiring bunch – only 30-percent of the buyers during 1Q14 did not do any research before buying their smartphone.  Of the 70-percent of the ones that conducted research prior to buying, recommendations from people were a huge influence and 20-percent of the consumers interacted with store sales assistants before going back to make their purchase.  25-percent seek the advice of friends, while many went on the web – either the manufacturer's website (20-percent), carriers website (25-percent), review websites (15-percent) and so on…buyers heard and read many opinions before making their purchase.

The study also said that overall, "consumers purchasing Apple's iPhone models are the ones doing the least amount of pre-purchase research."  This can be narrowed down to three reasons: Loyalty through prior experience, the highest recommendation rates and Brand strength through advertising.

Another interesting fact is that 64-percent of the consumers prefer to buy their smartphones in a brick and mortar store compared to only 24-percent buying online.  While 43-percent of consumers use the online to do their research, they would rather make the eventual purchase in a store…called "webrooming" rather than showrooming.  Much of this can be blamed on the complexity of the plans and options – we prefer to talk face-to-face.  With so many consumers going into the stores to make their purchases, store salespeople can have a huge impact on the consumer's decision-making.

Recommendations by store personnel (see graph below for all figures): a whopping 63-percent are recommending Samsung smartphones, Apple is second at 30-percent, HTC is third at 25-percent, LG comes in at 24-percent and Motorola at 15-percent…they do not add up to 100-percent because more than one brand can be recommended.  But an interesting statistic is that 59-percent of the buyers that were recommended a Samsung device actually purchased one and only 6-percent of those consumers bought an iPhone instead.

There were no reasons given as to why the store personnel made so many Samsung recommendations, but it is clear that they are certainly helping raise Samsung's sales…please hook up with us on our Google+ Page and tell us about your experience in the stores…as always, we would love to hear from you. 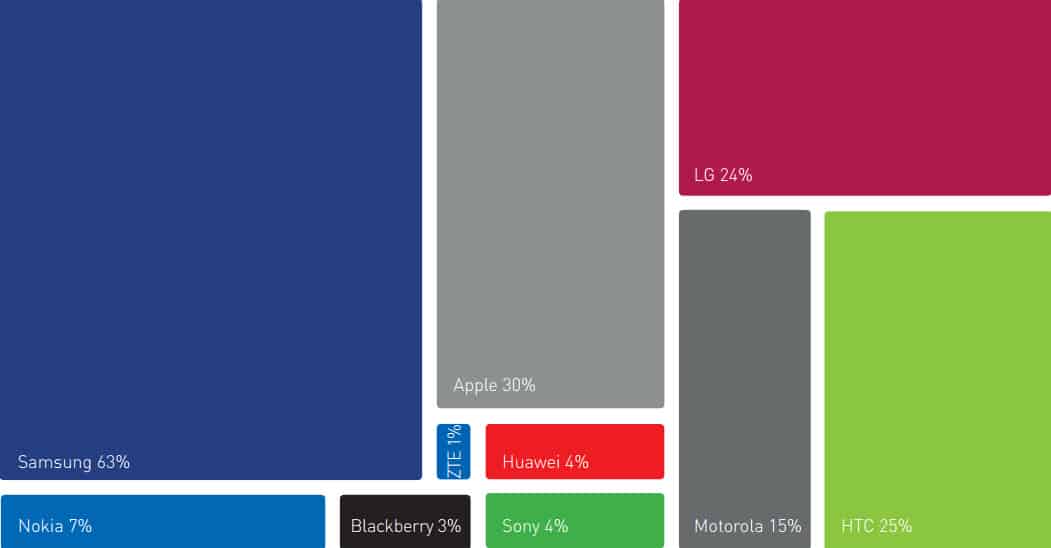