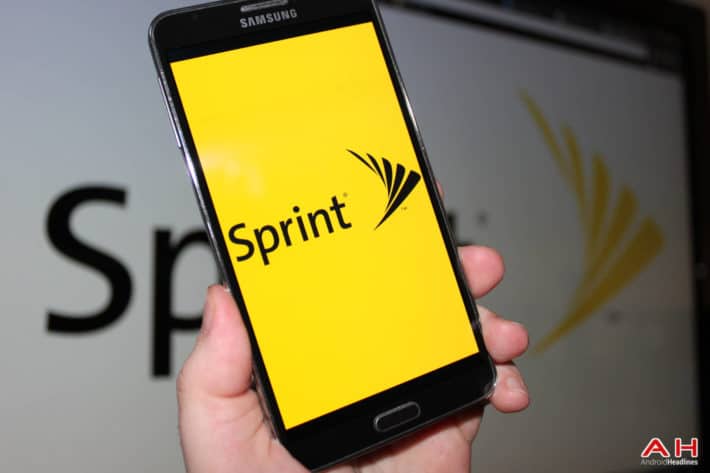 Sprint is comparing this plan to T-Mobile's $80 plan for unlimited everything, which yes it is cheaper, by about $20/month. But on the other hand, the part that matters is coverage. So before you jump to Sprint, or T-Mobile in that case, make sure you check out their network and make sure they have adequate coverage in your area and where you travel to often. For me Sprint has coverage here, but data speeds are very slow. Which is why I don't plan on switching to this plan, but it is nice to see them dropping prices! Hopefully we'll see AT&T and Verizon do the same. We've got their full press release from today, down below.

It's a New Day for Unlimited Data

$20 Cheaper than T-Mobile; Not Offered by AT&T and Verizon Wireless

OVERLAND PARK, Kan. (BUSINESS WIRE), August 21, 2014 – It's a new day for unlimited data in the wireless industry as Sprint (NYSE: S) announces the best unlimited wireless plan available from a national carrier with the Sprint $60 Unlimited Plan. This plan provides consumers unlimited talk, text and data while on America's Newest Network for just $60 per month, a $20 savings compared to T-Mobile's $80 per month unlimited plan. Simple, easy, affordable – the Sprint $60 Unlimited Plan is available to both new and existing Sprint customers starting tomorrow, August 22. To qualify for the plan, customers must purchase their device through Sprint Easy Pay, pay full retail price or bring their own compatible device.

Whether communicating via email or text, socializing via picture-sharing or tweeting, or navigating with GPS, consumers rely on their smartphones for all of their daily needs. Last year U.S. wireless consumers devoured 3.23 trillion MB of data, according to CTIA's annual survey1, which equates to watching more than 153 billion five minute cat videos on YouTube, or streaming more than 53.8 billion hours of music on Spotify. Meanwhile, millions of American consumers restrict their usage, fearful of data limits with overage charges. With the Sprint $60 Unlimited Plan, consumers no longer have to worry about high bills based on how much data they are using. Enjoying daily life with the unlimited support of a smartphone has never been so easy.

"People know Sprint for Unlimited," said Marcelo Claure, Sprint CEO. "We have long been the leader in offering customers unlimited data and that leadership continues today with our new $60 unlimited plan. Unlimited talk, text and data for $60 is the best unlimited postpaid plan available. And, we've listened to our loyal customers; we're making the Sprint $60 Unlimited Plan available to both new and existing customers."

Just days ago, Sprint declared a new day for data and announced the Sprint Family Share Pack – a new shared-data plan that can give customers double the high-speed data at a lower price than AT&T and Verizon Wireless. Whether consumers prefer to share or have unlimited data, with Sprint, they can find just the plan they need to get the most out of their smartphones, tablets and other wireless devices.

"With the new Sprint Family Share pack and now the Sprint $60 Unlimited Plan, Sprint is giving consumers what they want: choice, simplicity and value," Claure said.

The Sprint $60 Unlimited Plan also is an ideal fit for small businesses, enabling their employees to be more productive in more places and providing the ability to stay on top of what matters most.

The Sprint $60 Unlimited Plan comes as Sprint already has built its 4G LTE network to serve more than 255 million people, with more on the way.

But that's not all. In addition to Sprint's all new 3G network and its 4G LTE network, Sprint is deploying Sprint Spark, a technology designed to greatly improve the performance of video and other bandwidth-intensive applications, including new generations of online gaming, virtual reality and advanced cloud services. It enables stutter-free video chat on-the-go and mobile gaming that leaves lag behind.

Available today in 27 markets across the country, Sprint Spark is an enhanced LTE service that's built for data and designed to deliver average wireless speeds of 6-15Mbps and peak wireless speeds of 50-60Mbps today on capable devices, with increasing speed potential over time. Sprint plans to reach 100 million Americans by year-end with the service.2

Sprint (NYSE: S) is a communications services company that creates more and better ways to connect its customers to the things they care about most. Sprint served more than 54 million customers as of June 30, 2014 and is widely recognized for developing, engineering and deploying innovative technologies, including the first wireless 4G service from a national carrier in the United States; leading no-contract brands including Virgin Mobile USA, Boost Mobile, and Assurance Wireless; instant national and international push-to-talk capabilities; and a global Tier 1 Internet backbone. The American Customer Satisfaction Index rated Sprint as the most improved U.S. company in customer satisfaction, across all 43 industries, over the last six years. Sprint has been named to the Dow Jones Sustainability Index (DJSI) North America in 2011, 2012 and 2013. You can learn more and visit Sprint at www.sprint.com orwww.facebook.com/sprint and www.twitter.com/sprint.