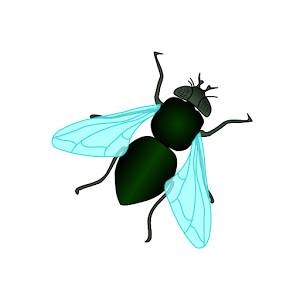 Description: This is a pretty simple game that tasks you with dodging things to increase your score. Your goal is to get as high of a score as you can while remaining just out of reach of the spiders that are trying to gobble you up. As we all know, spiders love to eat flies and would love nothing more than to catch one in their web. You, being the fly and all, want to try and avoid the spiders at all costs as it will mean certain doom for you. Hungry Hungry Spiders is all about reflexes, so can you doge the spiders in time to keep going?

How It Works: Downloading the game is your first step to becoming a spider's lunch, or rather trying to avoid doing so. Head to the Play Store and grab Hungry Hungry Spiders to get going. 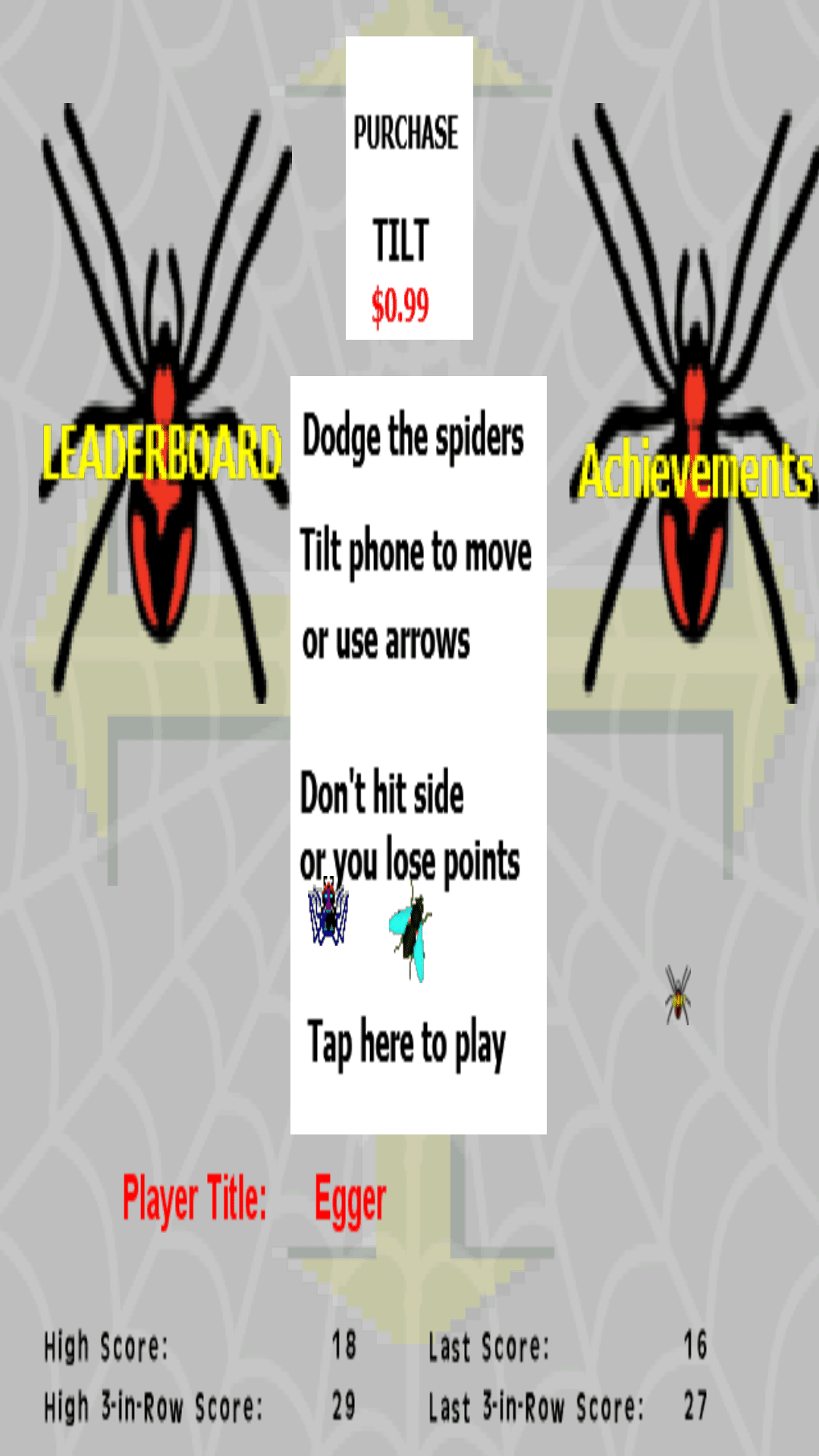 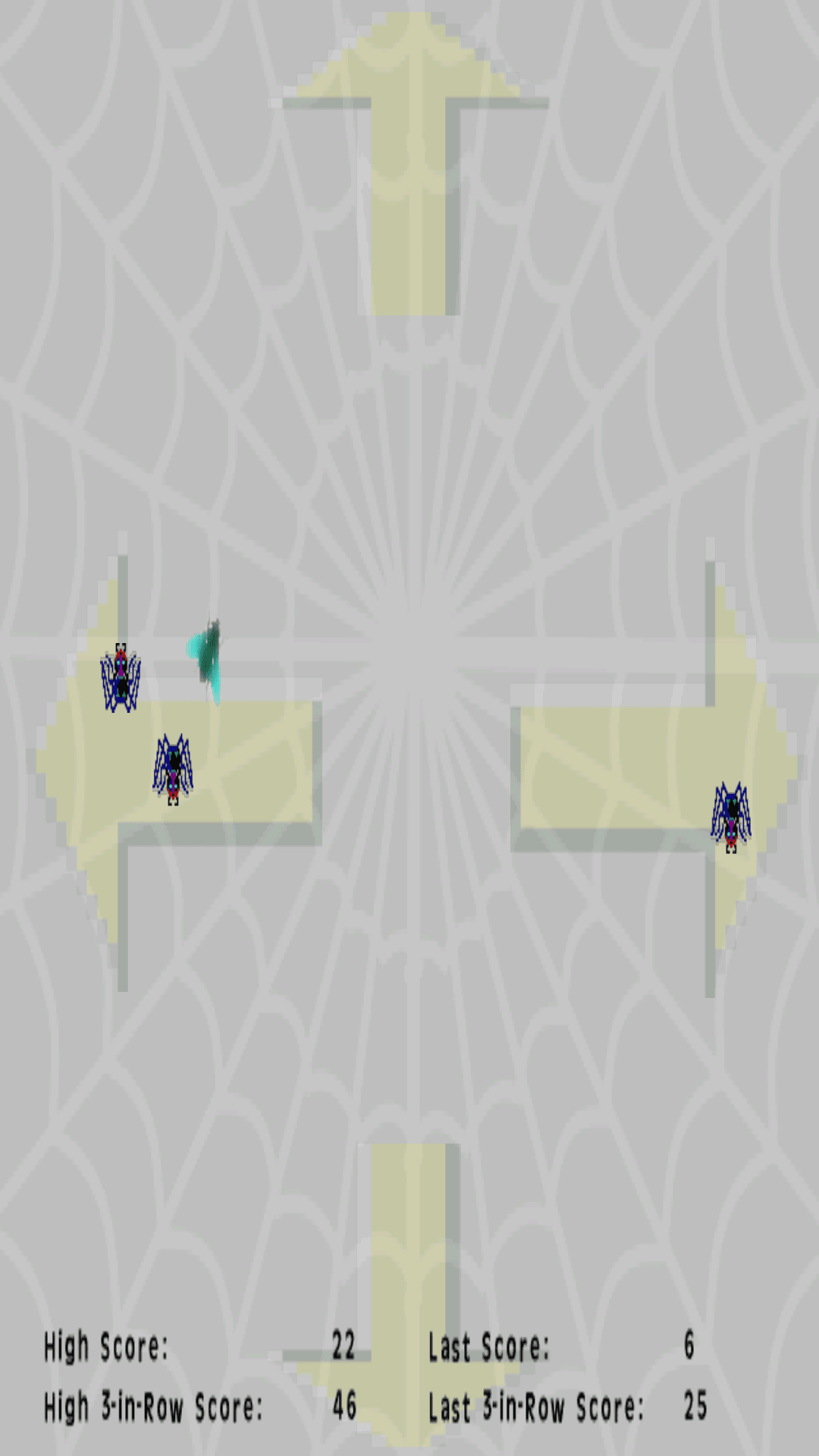 There is a high score meter, like many games of this type use to have and your goal is to get is as high as you can. Hungry Hungry Spiders includes Google Play Games services, so you can see your high score on the leaderboards and how it compares to others. 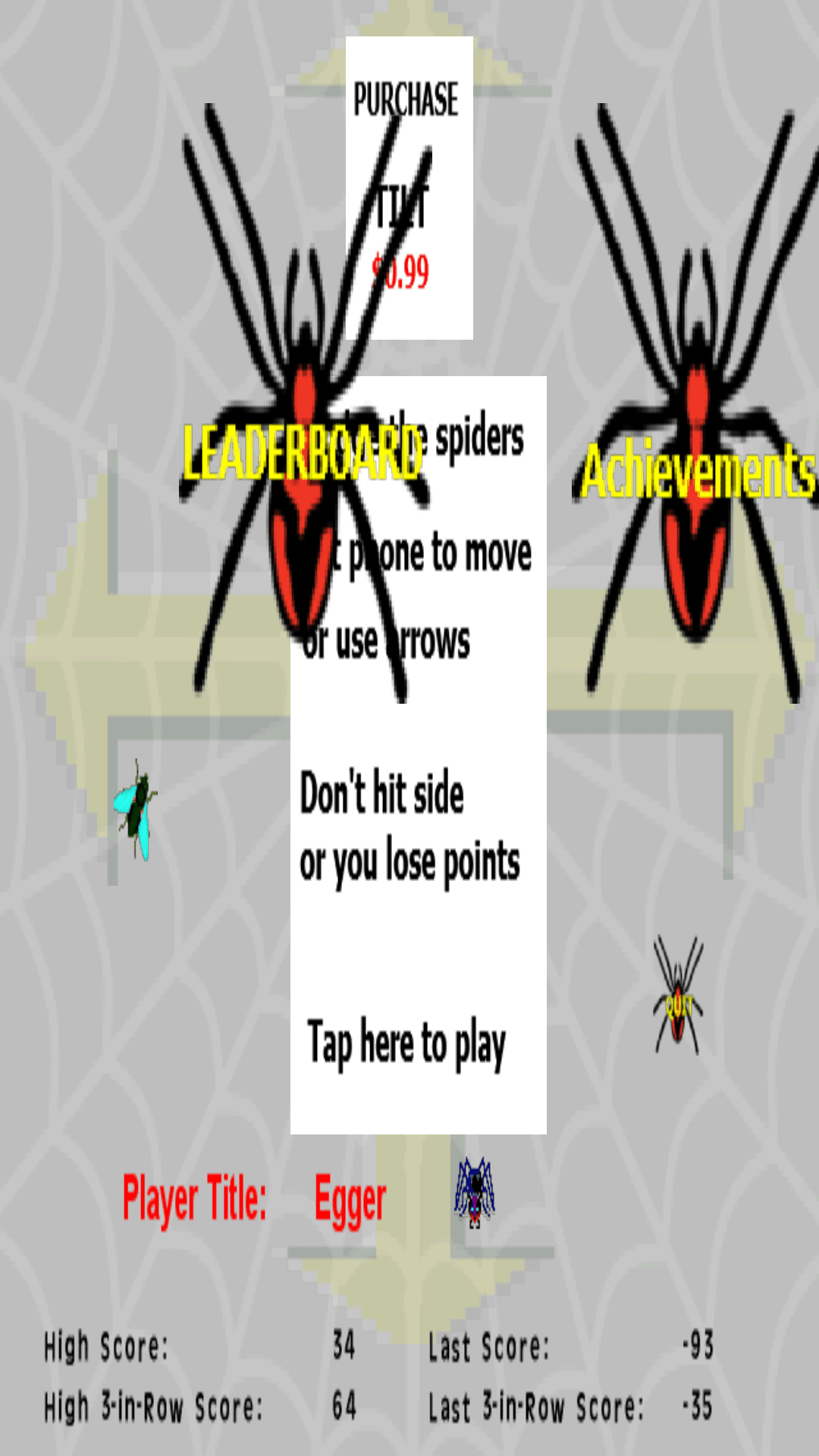 There are achievements included in Hungry Hungry Spiders as well, so before you go thinking you're the craftiest fly around that can doge any spider you like, try aiming for a couple of the achievements and see how you fare. 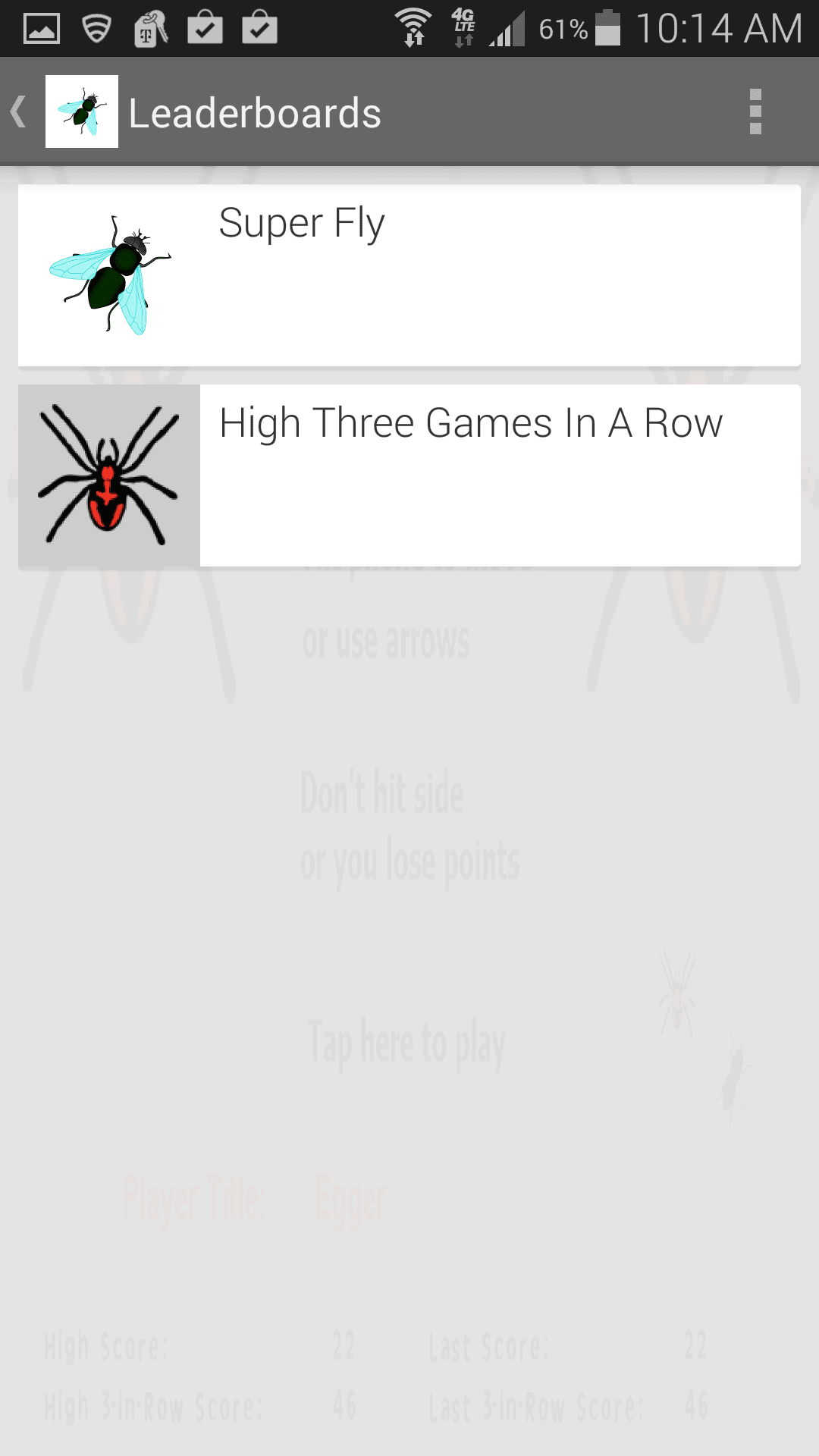 The game has a great pick up and play mentality to it. Play it for 30 minutes when you have enough down time or play in short bursts when you only have a couple minutes to spare. As I found it, it was actually quite difficult to make the game last a minute in the first place as there is a bit of challenge to it, which makes this great for those times where you may only have a minute or two. 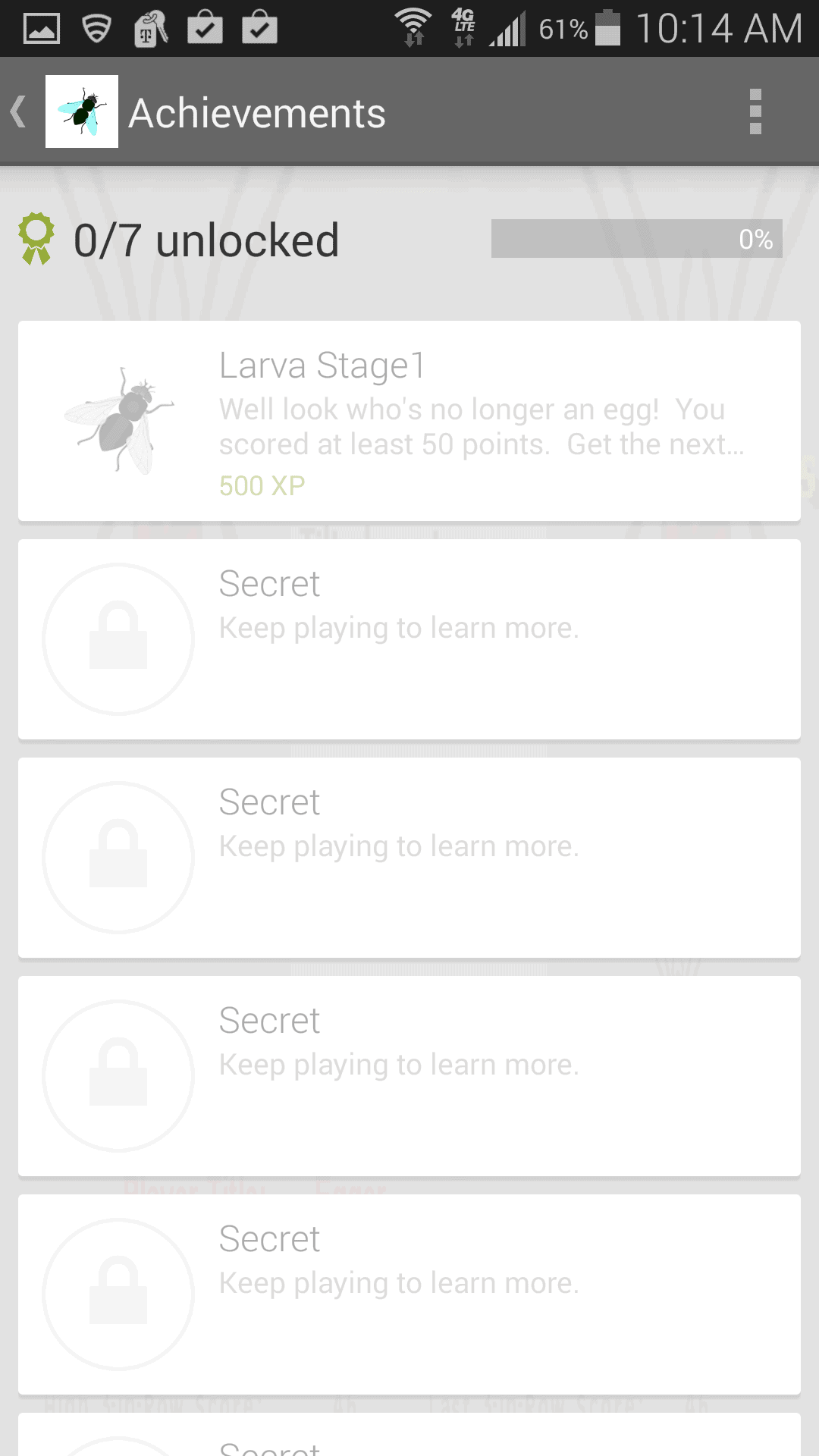 The controls are simple to use, which makes this game even easier to play. You can control where the fly goes and plan his escape routes accordingly by using arrow keys. Picking up the paid version of the app for $0.99 will open up the tilt controls so you can use the phone's gyros. Spiders will continuously spawn as you progress, so more time spent playing and a higher score will mean more spiders on the screen and every last one is trying to have you for lunch. 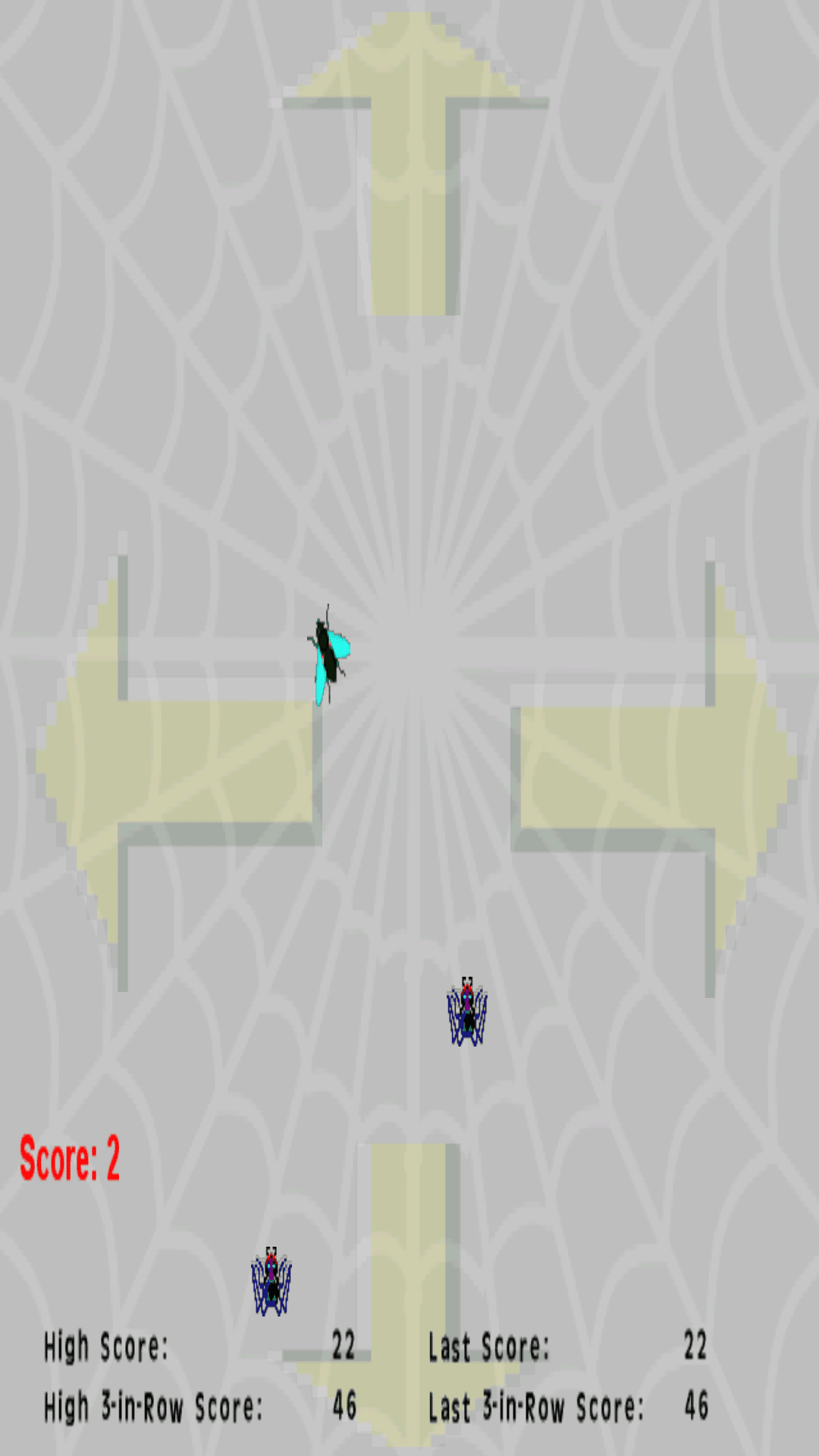 Opinion: The game is simple and fun and great for short, quick moments where you need a game to kill a couple minutes. Hungry Hungry Spiders was written by a 15 year old, with the core of the app having been completed in about 3 hours, and it's not bad at all for a first game. I found it to be pretty difficult to get a high enough score to grab the first achievement which is kind of what kept drawing me back in. I want that first achievement. The arrow key controls were easy enough to use, although I could understand the tilt controls being easier. Definitely a fun little game to keep around for when you have a free moment here and there.

Conclusion: This is definitely a great little game to test your reflexes and to pass the time when you have a spare moment. It does pose a somewhat habit forming nature, due to difficulty and challenge that gives it some replay value. Achievements and leadboards add to that aspect as well. Would also be a great game for kids, due to its simplicity and ease of use. Hungry Hungry Spiders is a great little game for anyone and worth a look.