We all basically know that Sony is going to be announcing the Xperia Z3 next month at IFA 2014 in Berlin. What we don’t know is the specs of the device. But that may have just been confirmed from a benchmark listing on GFXBench. According to the benchmark it looks like the Xperia Z3 has the same specs as the Xperia Z2, making us ask why are they releasing it? Sony seems to think that 6-month release cycles are a good thing, but I’m not sure anyone agrees with them, and I’m sure their sales numbers don’t agree.

Sony does have a press conference on September 3rd in Berlin, which we’ll be covering as always. We’re expecting the Xperia Z3, Xperia Z3 Compact, a refresh on their camera lenses (the QX10 and QX100). And maybe some other goodies. We’ll find out in about 3 weeks time. Hopefully they’ve got some nice surprises for us, like the Xperia Z3 coming to the US before the end of the year. How many of you are interested in Sony’s Xperia Z3? Be sure to let us know in the comments below. 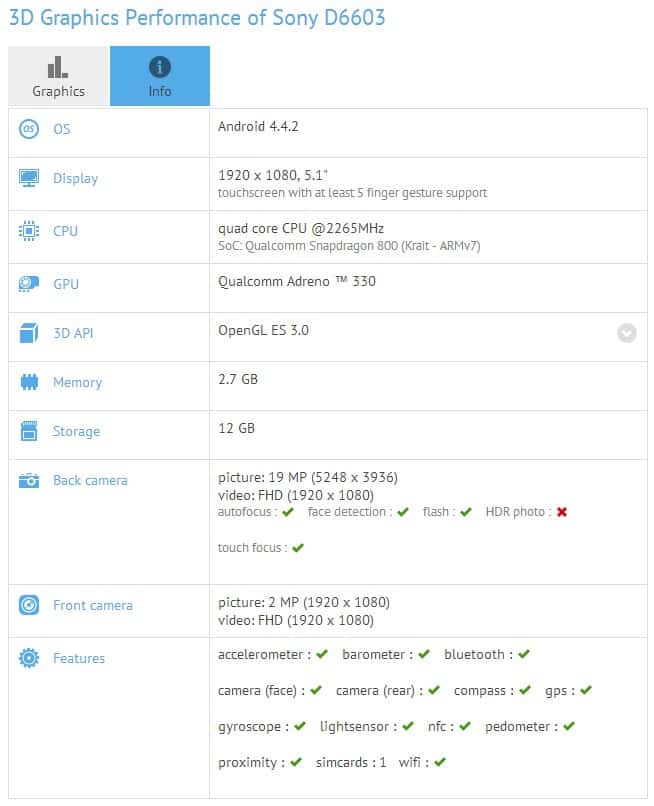