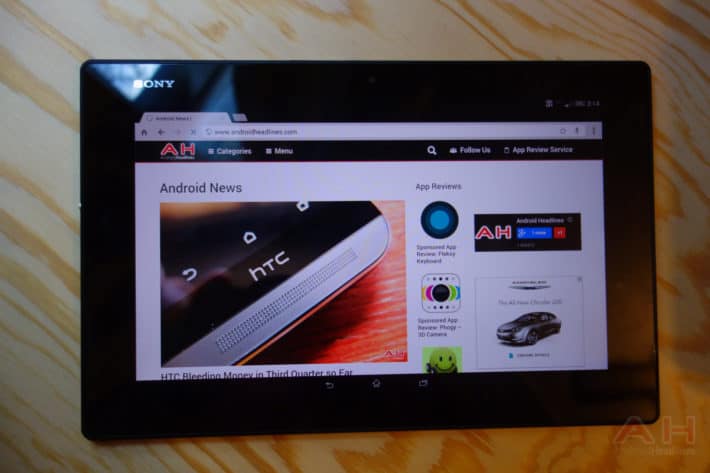 Just yesterday, we reported that the Sony Xperia T3 midrange smartphone would be finding its way to Bell and Canada on August 7, and most likely going to Virgin Mobile and SaskTel as well.  While the Sony Xperia Z2 Wi-Fi version of the Tablet has been available in Canada since May – launching, of course, during the same time as its counterpart, the Xperia Z2 Smartphone (why would you call the phone and the tablet the same name), there was not a LTE version.  That matter now appears resolved as another tipster from our source has sent in another photo of an internal Bell document, indicating that Bell will be the exclusive seller of the Sony Xperia Z2 Tablet in the LTE variety…and surprise, the same day that the Xperia T3 will launch – August 7.  According to the document, the LTE tablet will set you back $649.95 for the 16GB Black model with no contract.

The price is not cheap as you are paying for the Sony name so the price tag should come as no surprise.  For your hard-earned cash, you will receive the Xperia Z2 tablet with a 10.1-inch Full HD TRILUMINOS display with a resolution of 1920 x 1200 and 224 Pixels-Per-Inch (PPI).  It is packing a Qualcomm Snapdragon 801 processor clocked at 2.3GHz along with 3GB of RAM and 32GB of internal storage – you can also add another 128GB of storage via a microSD card slot.  It comes with an 8.1MP Main camera and a 2.2MP Front-Facing Camera (FFC) for an excellent video chatting experience and for taking a selfie.  There are two surround-sound speakers nestled inside that select the optimum sound quality based on what you are listening to.  It has the latest Bluetooth 4.0 and Dual Band Wi-Fi 802.11 a/b/g/n/ac, as well as 4G LTE.  The tablet is IP55 and IP58 certified for water and IP55 certified dust resistance, so a little water will never hurt the device.  A 6,000mAh battery powers the Android 4.4 KitKat tablet.  It measures 266 x 172 x 6.4mm and weighs in at 439 grams.

Please hook up with us on our Google+ Page and let us know if you will be picking up this great 4G LTE tablet from Sony and Bell…as always, we would love to hear from you. 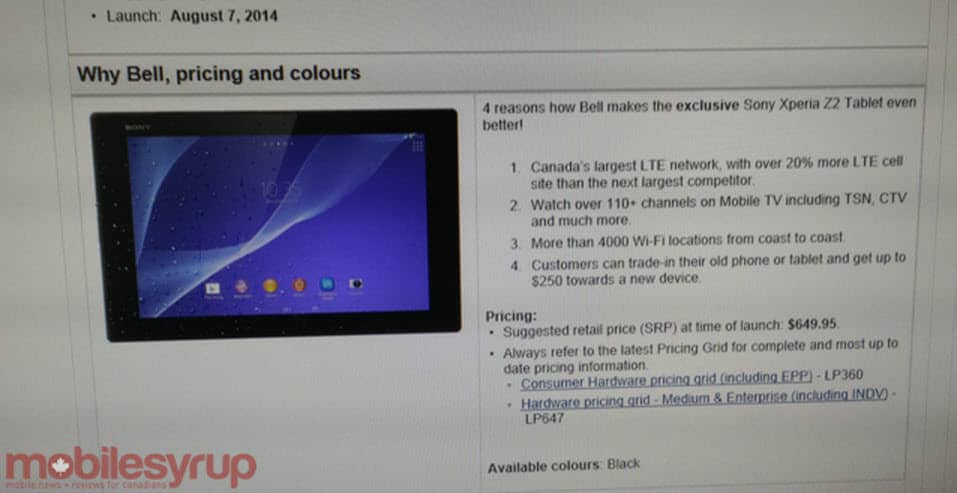