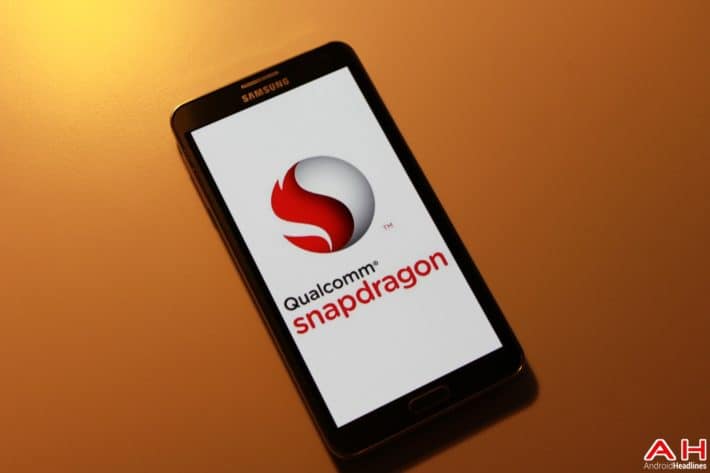 Another day of the week and another Samsung Galaxy Note 4 rumor, supposedly confirmed when sources familiar with the situation told ZDNet Korea that Qualcomm has definitely agreed to sell Samsung their Snapdragon 805 for use in the Galaxy Note 4.  This should really come as no surprise since Samsung has typically put two different processors in their Galaxy Note series – their own Exynos (5433) and the other with a Qualcomm processor.  Benchmarks have been seen for the Galaxy Note 4 with both processors being used.  We are hearing great testing scores with the Exynos, but generally the U.S. carriers want the Qualcomm Snapdragon in their models because it ‘plays nice’ with their LTE networks.

The other interesting piece of news from our source is that Qualcomm is offering a significant discount on the price of the Snapdragon 805 – reportedly in the “two digits per chip” range…whatever that means.  Two digits could be anywhere from $10 to $99 – quite a range and certainly sheds no light on how much the discount will actually be.  According to the HSI teardown, the Snapdragon 801 chip found in the Galaxy S5, costs about $41 per chip.  The source said that it is unclear why Qualcomm is extending this “rare” courtesy to Samsung and the report also claims the LG is upset about it and wants a discount as well.

I find those last couple of remarks laughable – the source is calling this a “rare courtesy,” when deals and discounts are negotiated all of the time in business and the fact that LG is upset and feels that they should also get the discount.  Discounts are based on quantities, and as poorly as Samsung is doing, they are still selling a lot more devices than LG and should be entitled to a larger discount than their competitor.

Of course, none of this – the Qualcomm Snapdragon 805 or the discount – has been confirmed by Samsung, so we must still take this news with a grain of salt.  As far as the Snapdragon 805 in the Galaxy Note 4 – we have seen benchmarks run on the Note 4 with the ‘805,’ Samsung and the U.S. carriers like the Snapdragon processors for their LTE networks, and there have been numerous other sightings concerning this matter, so we can safely assume this is true.

Please hit us up on our Google+ Page and let us know whether you care if the Galaxy Note 4 carries an Exynos or Qualcomm processor…as always we would love to hear from you.