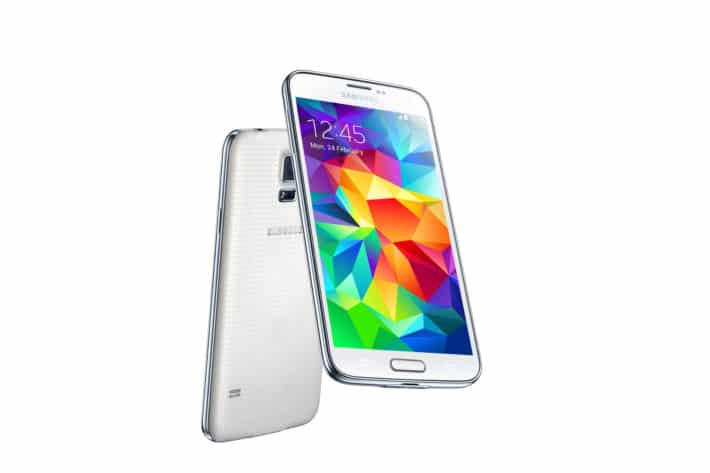 Samsung is great at making phones, and therefore does it a lot, all year long. Yesterday, SingTel announced, along with Samsung itself, the first two LTE-A or '4G+', as we'll explain later, smartphones for the carrier's new LTE-A, 300Mbps network. The devices announced were the Galaxy Alpha 4G+ and Galaxy S5 4G+.

The Galaxy S5 has been out in the marketplace for a while now, and the S5 LTE-A with its QuadHD screen and LTE-A capability, has been on the scene for a shorter period still. Then we heard about the S5 LTE-A model going to Europe eventually, and that's great news, even though it didn't have the QuadHD display of the South Korean model. And now, we have the S5 who can't take the LTE-A name at all, and settles for 4G+. The Galaxy Alpha, Samsung's first metal-bodied smartphone also joins SingTel's lineup, with the same super-fast network connectivity of LTE-A.

The news is interesting, regarding the Galaxy S5 variant that will be sold alongside the regular LTE-capable Galaxy S5 from April. The 4G+ model for SingTel will apparently be essentially identical to the model from April, just with a Snapdragon 805 chipset and LTE-A capabilities. It will maintain the 5.1-inch 1080p AMOLED display, 16-and-2 back-front camera setup, as well as the 2800 mAh battery, Micro SD card slot and fingerprint scanner. The Samsung Galaxy S5 4G+ will go on sale from SingTel on August 23 as well as the carrier's 4G+ network.

The Samsung Galaxy Alpha 4G+ was also announced, but with a slightly different timeline for release. The phone will go on sale next month, in September, and no pricing has been announced as of the announcement by Samsung and SingTel. The Alpha, as launched last week, will have the same 720p display, likely the same internal specifications, save the LTE-A chip that would swapped in. Nothing further is known as of right now on the differences in the regular and 4G+ Galaxy alpha devices.

The Galaxy S5 4G+'s price, however, is known, and it will cost between $0 and $688, likely measured in the Singapore dollar. The phone will probably be a hit with those that didn't immediately jump on getting the Galaxy S5 earlier this year, and will be a great addition to SingTel's device ranks.