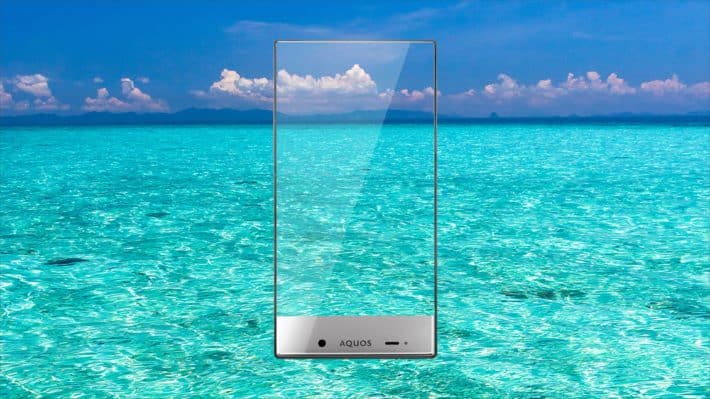 When Sharp announced the Sharp Aquos Crystal in Japan earlier this week, we were all pretty taken aback by just how little bezel the device actually had. Even more surprising perhaps, is the fact a device from a Japanese brand like Sharp is making its way to the US and heading to Sprint. The Aquos Crystal might be the specs powerhouse that many were hoping for from Sprint, but it’s incredibly affordable and nobody can argue that it’s a good-looking phone. Sure, the whole “I’m more screen than anything else” look isn’t to everyone’s taste, but it sure looks different, and different is something we don’t have enough of these days. There’s one question though; how the hell do you take a phone call on this thing?

Sharp have been so caught up in creating a device with more display than anything else that they seemingly forgot to add an earpiece to the top of the front of the device. So, just how do you hear your friend or family member on the other end of the line? The folks over at PhoneArena wondered the same question and as the lengthy video from Sharp tells us the Aquos features a very interesting method of hearing folks, indeed. The Aquos Crystal features a Direct Wave Receiver which essentially vibrates the entire front panel of the display to get the conversation into your ears. While this doesn’t sound great in terms of call quality, Sharp is happy to point out that you can put your ear wherever you want as long as it’s on the display.

Obviously, we’ll have to wait and see what the Aquos Crystal really sounds like before we can pass judgment, but it is interesting to see something like this being used in smartphones today. The Aquos Crystal is one of those devices people either love or hate, and if you’re still on the fence, perhaps a four minute long trailer will help you make up your mind.