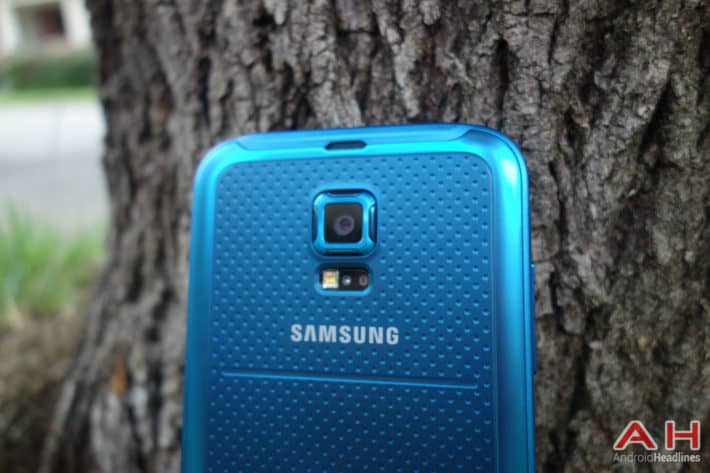 Seems like this rumor comes up around every big Samsung launch. In fact, I remember writing about it ahead of the Galaxy S5 launch back in February. This time it's looking like it's here for the Galaxy Note 4. But according to a rumor coming out of Sammobile, it appears that Samsung is supposedly adding side touch controls onto the Galaxy Note 4 to control the camera. You know things like a shutter button, etc. We've actually seen Samsung add an extra physical button to the Galaxy S5 Active (which was announced earlier this year) and that can be mapped to basically do anything. Although, while I was reviewing it. I had it mapped to open up the camera and take pictures.

While we are on the subject of the camera. Some details about the camera for the Galaxy Note 4 surfaced today as well. We're looking at the same sensor that's in the Galaxy S5 LTE-A that is in South Korea, the 16-megapixel Sony IMX240 sensor that also has optical image stabilization and support for 4K 30fps video. It's not a bad sensor or anything, but we were hoping for something a bit bigger and better. Maybe we'll see a 20MP camera from Samsung next year in the Galaxy S6 and Note 5? After all Sony has been using a 20.7MP camera in the Xperia Z1 and Z2 and soon the Z3. Now the front-facing camera is supposedly being upgraded to a 3.7MP camera, from the 2.1MP we've had for a few years now. It'll also feature a few new features with the word "selfie" in it.

We are getting closer to the Galaxy Note 4 launch event, which is  going down on September 3rd from Berlin at IFA 2014. They are also doing a small event in NYC that same day. The event starts at 3pm local time, which is 9am ET, and 6am PT. We'll be covering that event like usual, so make sure you stay tuned to Android Headlines for more!