As expected, Samsung has just began sending out press invites to their September 3rd event in Berlin. This is their second Unpacked event of the year, and will feature the Samsung Galaxy Note 4 announcement. Which I can’t say we didn’t expect, as the Galaxy Note has been announced at an Unpacked event just before IFA for the past three years, making this year the fourth. We’re also expecting Samsung to announce their Gear VR headset, that we’ve seen leaked in many places already.

With the Galaxy Note 4, we don’t have conclusive proof on the specs, but we are expecting a 5.7 or 5.9-inch 2560×1440 Quad HD Super AMOLED display. Similar to the one on the Galaxy S5 LTE-A in South Korea. We are also expecting the new Exynos Octa-core CPU they announced a few weeks ago – although we may still get a Snapdragon 801 or 805 in the LTE version. As well as 3GB of RAM and 32GB of storage. I’d also expect a slightly larger battery, maybe 3300mAh or 3400mAh? Otherwise the rest of the specs are not really known at this time.

Samsung will be taking the stage in Berlin at 2pm local time, and with Berlin being 6 hours ahead of the east coast, that’d be 8am EST, and 5am PST for those on the east coast and west coast respectively. We aren’t expecting much else aside from the Galaxy Note 4 and the Gear VR, but I’m sure Samsung will have something else to throw in as leaks have been rather quiet on the Samsung front lately. There’s likely to be a new smartwatch or two, or three, announced at Unpacked as well. So we’ll have to keep our eyes open for that. How many of you are interested in seeing what Samsung has in store for us at Unpacked in a little under a month? 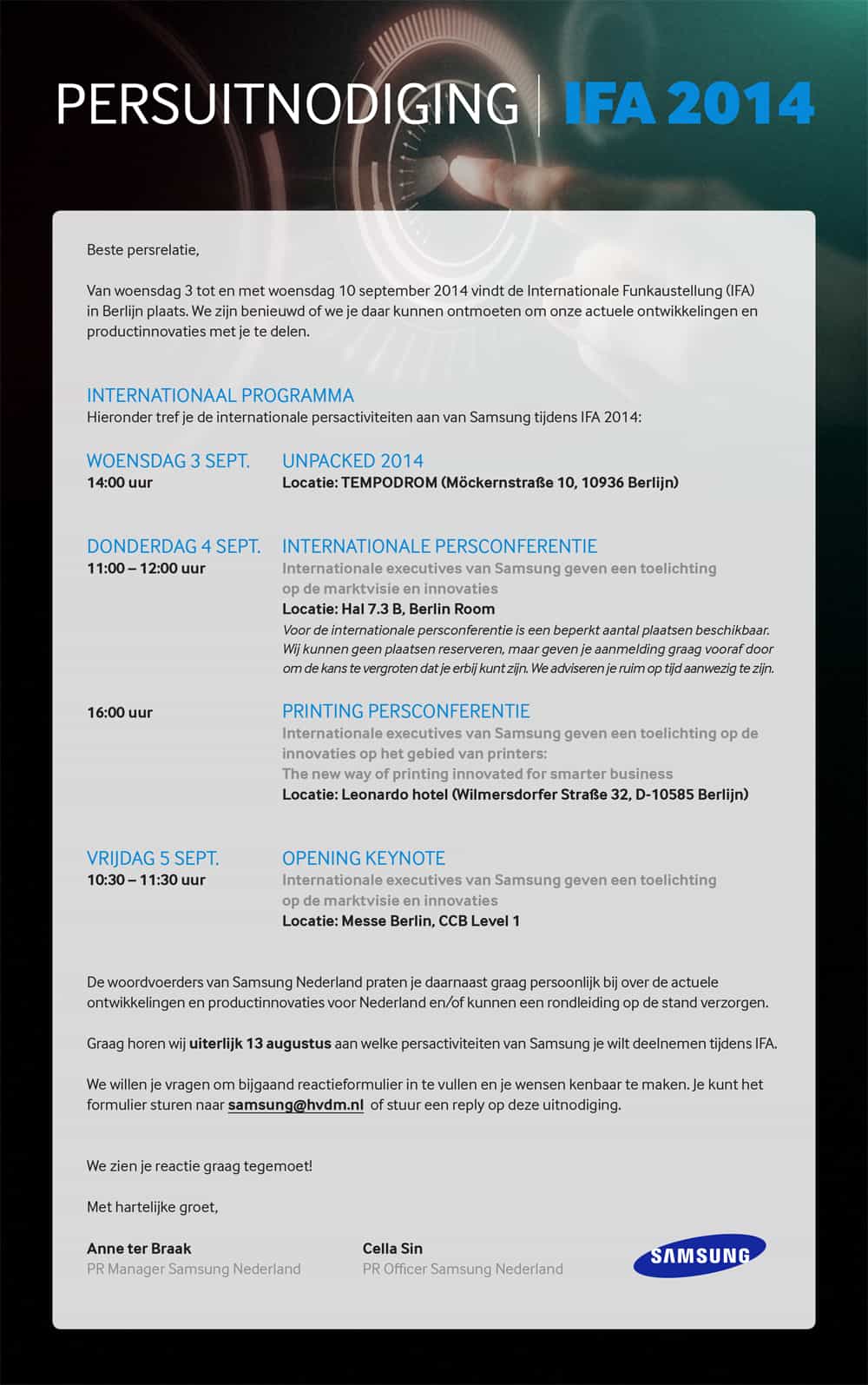