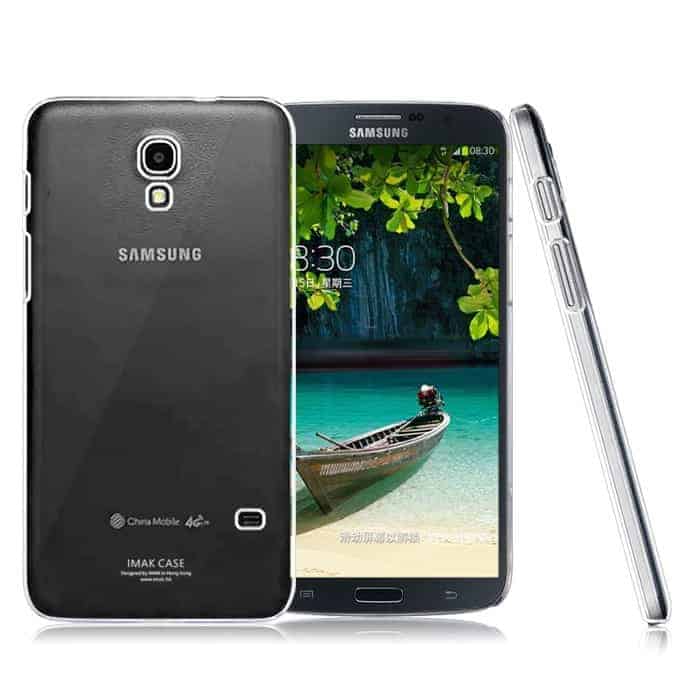 We've seen several Galaxy Mega 2 leaks thus far. First the device which could be the Mega 2 paid a visit to FCC and then we've seen a leaked specifications of the device from the China's Certifications Center, which is Chinese FCC basically. It has been more than a year since Samsung released its Galaxy Mega 5.8 and 6.3 offerings, so it is about time they refresh the Mega line.

Today we have yet another specifications leak for you, courtesy of GSMArena. According to an anonymous tipster, Galaxy Mega 2 will sport a 6-inch 720p (1280 x 720) display along with 1.5GB of RAM and an a 1.5 quad-core chip. Unfortunately the model of that chipset is kind of blurry and unreadable from the image, though the latest rumors says Galaxy Mega 2 will sport a yet unannounced Exynos chipset by Samsung. The image also lists an 8-megapixel rear-facing and 2.1-megapixel front-facing cameras as well as a 2,800mAh battery, which will allegedly power up the device. FM Radio, LTE connectivity, 16GB of expandable internal storage and Android 4.4 KitKat found their place on the list as well.

Specifications listed here differ from the ones received earlier though. Previous leaks said the device will sport a 64-bit Snapdragon 410 processor, 2GB of RAM and a 13-megapixel camera along with some other listed specifications. That is completely different from this leak delivered by an anonymous tipster. There is no way to tell which one is legit, if either is. We tend to believe the earlier leaks though, considering the FCC and China's Certification Center leaks are rather similar, while this one on the other hand is vastly different.

There's no word on the launch date for the device at this point, though considering Samsung scheduled an "Unpacked" event for September 3rd, we could see it launch there alongside Galaxy Note 4 and perhaps some other Samsung hardware. Is anyone out there interested in the Galaxy Mega 2? I bet most of you won't be mainly considering this device has the same problem earlier models had, low screen resolution in comparison to the screen size. We have to keep in mind the fact that many people just don't care though. It will be interesting to see if this will sell in the end. 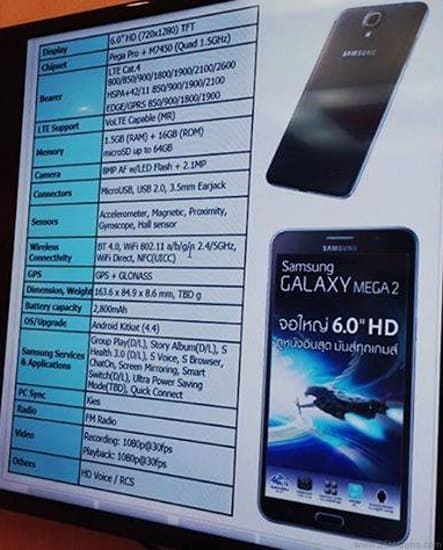