Samsung best known not for its Galaxy S or Note lines of smartphones.  The South Korean manufacturer is best known for pumping out enough devices to cover the top three hardware manufacturers, besides itself, combined.  The leaks continue for Samsung though. The model number SM-G739F has surfaced on a website, and it comes to us from the GFXBench benchmarking website.  The device’s list of specifications has surfaced from the 3D graphics performance test.  We see the device running the most up to date software, Android 4.4.4 Kit Kat, running on a 720p display sized at 5.5 inches diagonal.  The processor inside is listed as a Qualcomm Snapdragon 400, running at 1.6 Ghz across its four cores.  The phone looks to have an Adreno 305 GPU, as well as a possible 1.5 GB of RAM to back up the processor.  The model tested had 16 GB of internal storage, with 12 GB usable.

As far as optics go, the G739F had a 7 megapixel back camera paired on the opposite with a 2.1 megapixel front sensor.  The back and front are both capable of 1080p recording, so that should be nice.  The specifications are an interesting grouping, especially for the size of the device.  But what this device seems to be for Samsung is kind of interesting.

The SM-G739F looks to be a phablet, thanks to its 5.5-inch display, and resemble the Galaxy Mega with the big 720p display resolution, so it will probably fit into that niche.  The processor puts it in the same rank as this year’s Galaxy Tab 4, and the 1.5 GB of RAM makes it resemble the Galaxy Mega 6.3 from last year, but it should be a little more beefy with the quad-core over the Mega 6.3’s dual-core.  This device is interesting also in that we haven’t heard of anything even nearly like it in recent leaks or news, yet here it is.  Regardless, the SM-G739F with its obscure model number, looks to be a rather nicely-outfitted mid-range phablet for sometime either this fall or winter (which also spans into the early months of 2015) but we will have to wait and see what if anything comes regarding the device until its release. 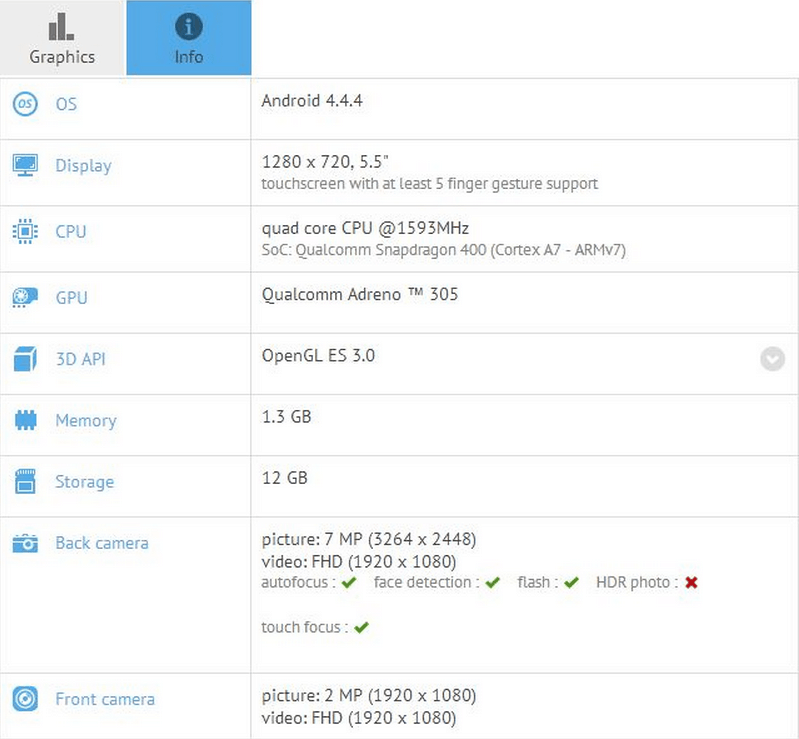