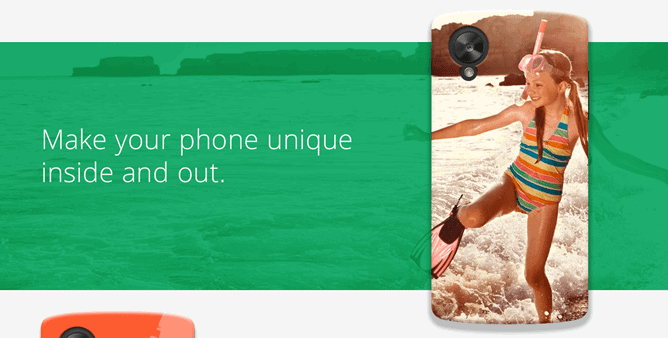 Here we go with another rumor. This time it includes Google and accessories. Who would have thought? According to Android Police, it appears that Google is exploring the idea of "Google Workshop". What Google Workshop supposedly is, is a way for consumers to make their own cases, customize it how they want, and even live wallpapers. Currently the Workshop only caters for the Nexus 5. But as Android Police points out, that may not be what it launches with, and we'll probably see it expand to more devices. We'll probably see it for all the Nexus devices and maybe the Google Play Edition devices as well. Google has already actually built the interface for both cases and live wallpapers, and it appears to be part of the Google Play Store, unsurprisingly.

MapMe is also part of this rumor. Basically what it will do is show you suggestions based on your current city, or your hometown. And you can have a map of it on the back of your case or even as a wallpaper, and in different colors. So I could get a blue map of Michigan, if I wanted. Although Maize and Blue would be better. You can also add text, or tweets from the area. Which I'm not sure about adding tweets from a specific place, since it wouldn't change over time. But it does sound unique.

Then there's the Moments tool, which "brings your phone to life with moments you love." This allows users to upload pictures to have on your case for your Nexus 5 – in this case. So if you just had a new baby, you could get a picture of your baby on the back of your case. Or maybe use a picture you've taken while on vacation or being a tourist somewhere. Once you've uploaded the photo you can manipulate it how you like, also add filters to the picture for your case. Which is neat for those into filters.

This is definitely something that's out in left field. As we would probably never expect something like this from Google, and it'll be interesting to see if this hits with the new Nexus and Andorid L in the fall.