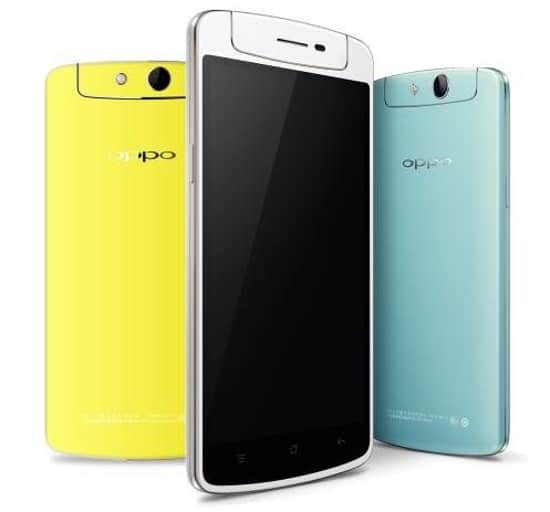 Not many people outside China knew about a Chinese manufacturer Oppo up until a year or so ago, maybe a bit less. Oppo then started offering their N1 device in U.S. as well as several European countries. Oppo N1 was and still is a really solid, well built device, sporting a Snapdragon 600, 2GB of RAM and a 5.9" 1080p display amongst other specifications. It also comes with a rotating 13MP camera on the top which you can use as a front-facing or a rear facing shooter, which got people interested, not only because of its rotating capabilities but because of its "Super Zoom" feature we'll talk a bit more about below. I also remember Oppo's packaging which was really… well, high-end.

Oppo announced a "mini" version of this device last month. Oppo N1 Mini is unfortunately a light version of its big brother, however that doesn't mean it's a bad device. Processor used here is a well known Snapdragon 400 flanked by 2GB of RAM and an Adreno 305 GPU. Display is somewhat smaller than the Oppo N1's, measuring 5". Screen resolution has also taken a hit, 720p compared to 1080p on the Oppo N1. The most interesting part of the device remained intact though, we're talking about that 13MP camera which basically stitches images together and makes 24MP in the end utilizing "Super Zoom" feature.

Oppo posted a teaser on its official Indian Facebook page last week, stating the following: "Revolutionary 24 Mega Pixels Ultra HD Camera, Coming Soon!." That was kind of an obvious way to let people know they're getting ready to launch Oppo N1 Mini in India. According to a today's report from AndroidOS.in, Oppo scheduled an event for August 11 where they will probably announce Oppo N1 Mini for Indian market. Oppo is already offering several of its models on the Indian market, including Oppo N1 Mini's big brother, Oppo N1, Oppo Find 7a and Oppo R1 amongst others.