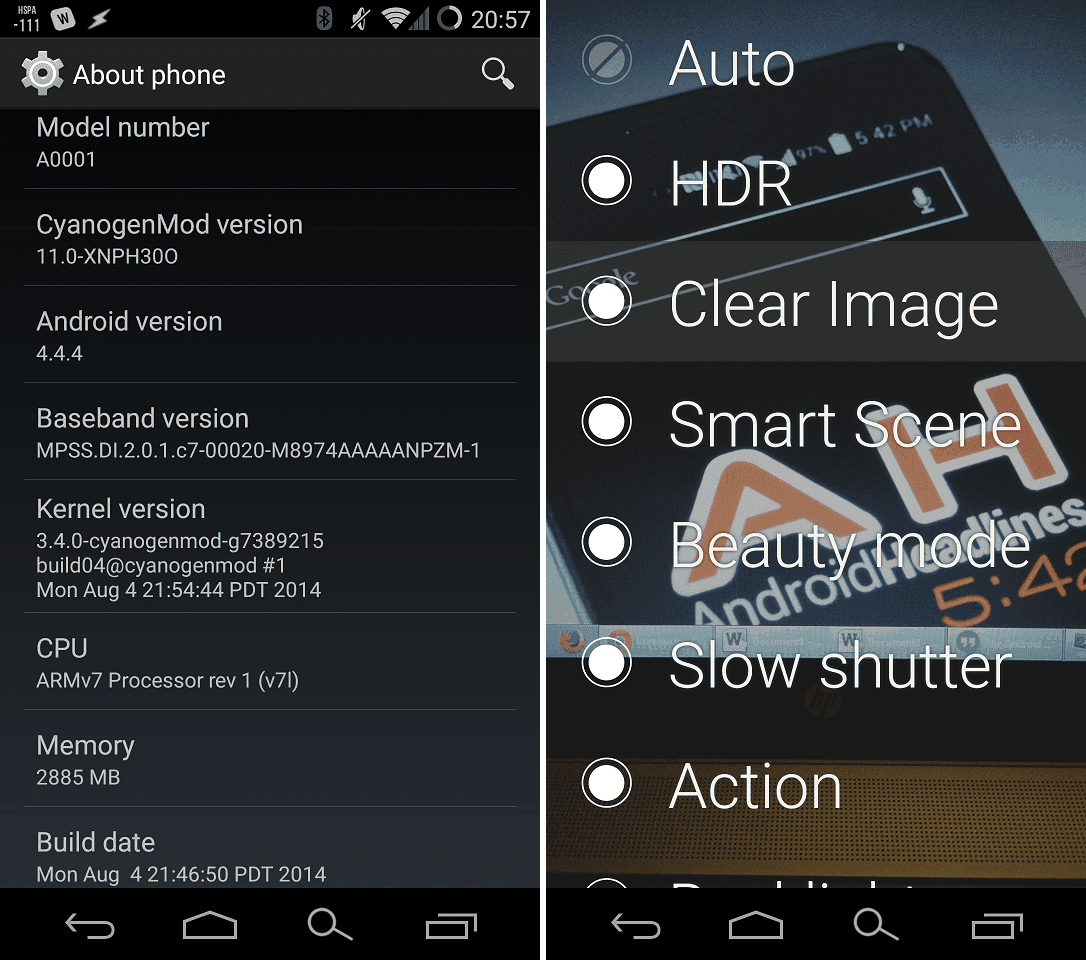 [Update] There was an issue with yesterday's OPO update, affecting the PIN unlock screen. The numbers wouldn't show up properly, making it difficult to unlock your phone. OnePlus has released a hotfix to address the issue. It's only 8MB and the version number is still the same too (30O). Android Police has the download for you if you need. Good on OnePlus for catching this and fixing it quickly.

We don't hide the fact that we are fans of OnePlus. That said, we know the company isn't perfect. They've definitely made their share of mistakes, but the OnePlus One is sstill one of the top phones of 2014. The only thing that would make it better is if the people could actually buy one. Invites are trickling out and it is getting easier to get your hands on this great phone. The team is also keeping the device updates flowing. Today the OnePlus team began pushing out the 30O update that brings with it Android 4.4.4 and a whole bunch of fixes and improvements.

This is the custom version of CM11 that the OPO is running, called CM11S. This build of CyanogenMod is designed specifically for the One's hardware. The camera on the One is fantastic, in part because the firmware is designed for it. There's a new camera feature called Clear Image that is rolling out with this update, and we're pretty excited about it.

Clear Image takes 10 photos in quick succession, and then stitches them together to create one super high resolution photo. The final image has been run through a series of improvements on the fly, including noise reduction, interlacing and compression algorithms, and clarity adjustments. Then the Clear Image feature minimizes the file size. This leaves you with a fantastic, high-res image that doesn't take up tons of space. Although with 64GB of internal storage, you'd be ok even if they left the image at full size.

The full change log is pretty impressive. It addresses most of the issues that users were seeing, and adds the expected KitKat 4.4.4 features like the updated Dialer. The update also changes the model number to A0001, which is a little odd.

If you have a One but haven't received the update yet, Android Police pulled the OTA and made it available to download and flash in recovery. There are a few other ROM options available for the OnePlus One, too. We covered our favorites here. Have you given up on getting a One? Are you still holding onto hope that you'll receive an invite soon?