In the last year Huawei has made some seriously huge strides in the smartphone market.  We’re not just talking device specs or build quality, which have both improved for the Chinese manufacturer who was once a virtual unknown, but sales as well.  Huawei has recently made its way onto the list of 5 biggest manufacturers in the world, shipping double the amount of devices they shipped this time last year.  What does that mean for them though?  It means they’ve still got to keep on top of their game to retain or exceed their current position, and today’s teaser might just be the next big device for them.

The mobile industry always has some sort of trend going on, and right now that big trend falls into two very big breakthroughs in mobile display technology: 2K Quad-HD displays and Sapphire glass.  We’ve seen LG’s G3 launch as the first big device to feature a 2K display, and now many manufacturers are following suit to jump on the 2K bandwagon, and Huawei isn’t going to be left in the dust according to rumors.  The device in question is supposed to feature a 6-inch 2K screen, which would give it absolutely incredible picture quality and clarity, but it’s funny that this rumor is coming about given that a certain Huawei Executive has made his opinion clear on 2K screens, and it wasn’t a positive one.

Outside of this we know that Huawei has some upcoming devices that feature a Sapphire display, and this newest one is rumored to be just that device.  If you’ve not seen or heard of Sapphire displays before, it’s the newest breakthrough in super tough glass to protect that precious display on your phone, and it really is something to behold.  Sapphire can be bent, hit and stabbed with a knife without breaking, but it’s a super difficult material to manufacture in large batches right now, so that makes it even more impressive that Huawei was able to secure stock for at least some of its upcoming phones.

The phone in question doesn’t have a name, but we can speculate based on rumors of release dates for Huawei’s next phones.  Among the candidates for the name are the Ascend Mate 7, Ascend D3 or Ascend D7.  Jumping to a 7 is a big number change but not one that’s completely unheard of in the industry to try and lure buyers that like to see numbers and don’t want to buy a device with a 3 in the name over one with a 6 or 7.  It’s certainly silly sounding but it could be some brilliant marketing for the company.  Finally we’re looking at the rest of the specs which could be 2 or 3GB of RAM, and of course a 1080p or 1440p (2k) display depending on which variant you choose.  Both variants should offer Huawei’s new 8-core Kirin processor too, meaning there’s plenty of horsepower to push that fantastic display.  September 4th is right around the corner, and that should be unveiling day for Huawei. 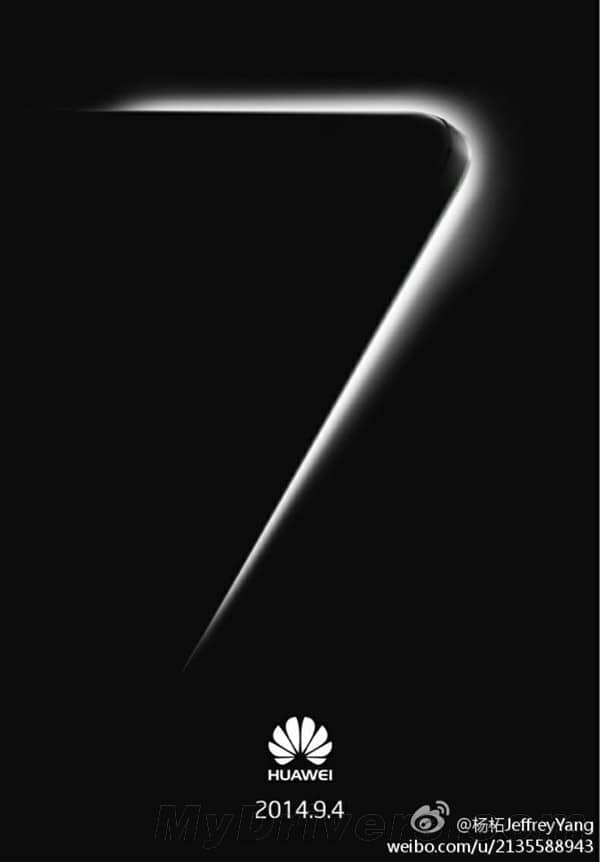