Will there be another Nexus device? Is Android Silver replacing the Nexus program? Is a 5.9-inch Nexus on the way? There are more questions surrounding the fate of the next Nexus device than there is anything else, but judging by the leaks and rumors swirling around, it certainly looks like Motorola is to make the next Nexus device and that rather than being a 5.9-inch goliath, we’re looking at more of a 5.2-inch device. Still, given the sources it’s hard to say exactly what’s going on and our latest leak doesn’t exactly appear to be set in stone either, so have your salt shakers at the ready for this latest.

TK Tech News is reporting (through a tip he received on Twitter, we should add) that French retailer fnac has the Motorola Nexus X listed for pre-order at a price of â‚¬449.99, this time around it’s for the 64GB version of the Nexus X, which is listed at â‚¬30 more than the 32GB version that was leaked previously. Again listed in the French site is the Snapdragon 805 and Lemon Meringue Pie which seems all but confirmed to be the official name of Android L when it launches this Fall. fnac does have the Nexus 5 listed on their site right now for â‚¬379 and this could suggest that they’re used to getting inventory of Nexus smartphones to sell on, but this could of course be wishful thinking on their part.

A few things still don’t add up here, with word that Motorola is to produce a 5.2-inch Quad HD display, we have to wonder where Motorola suddenly got the experience to work with high-resolution displays like that. After all, their own devices have used nothing higher than a 720p display recently. As well as this, the Snapdragon 805 seems a little on the expensive side for a Nexus device. While last year’s Nexus 5 came with the Snapdragon 800, an excellent chip at the time (and still proves to be) it had also been on the market for some time now, which leads us to believe the Snapdragon 801 would be more appropriate considering Google’s focus on keeping the price down.

The fact is that the Nexus smartphones still prove popular and important devices for developers, they give them instant access to the latest version of Android as well as some common hardware used in the majority of Android devices. Whether or not Motorola will be producing this device and whether or not it’ll be dubbed the Nexus X is still up in the air. 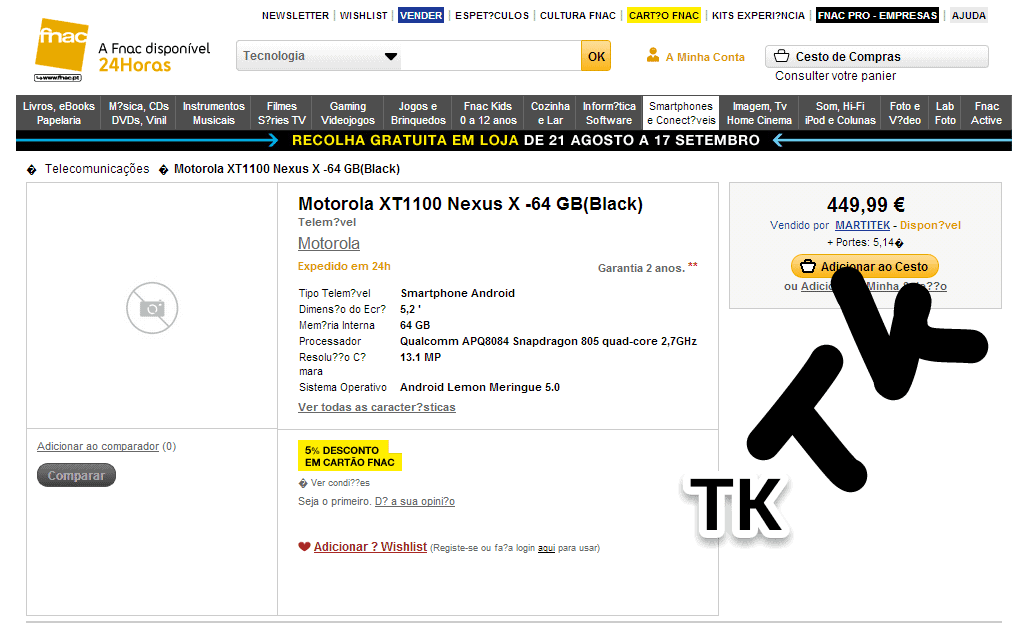