We’ve been waiting on the Moto X+1 for a good little while now. We kinda expected it to be announced already since the Moto X was announced back in July of 2013. But we did hear rumors that there were delays and such. But with the amount of rumors that are coming out now, we should be seeing the Moto X+1 and the Moto 360 launch pretty soon, at least we are hoping we do. The Moto X+1 leaked out on GeekBench recently, as XT1097. Which means the XT1096 box we saw for Verizon could possibly be a Moto X+1, but of course a Verizon variant.

The specs on the Moto X+1 include a Qualcomm Snapdragon 801 processor, 2GB of RAM, along with Android 4.4.4. That’s about all we know from the benchmarking that was done on the Moto X+1. However, other leaks have shown us specs for the Moto X+1 including a 5.2-inch 1080p display, 32GB of storage with a microSD card slot, 12MP camera on the back, with a 5MP front-facing camera and a 2900mAh battery inside.

It’s actually rather surprising to see Motorola using the latest specs in the Moto X+1, especially after the Moto X having a big older specs in there, but still keeping up with other flagships in terms of speed and performance. So this will make plenty of people happy, especially if the specs are true, when they announce the Moto X+1, hopefully in the next couple of weeks. Because if Motorola waits to long, they’ll be competing with the Samsung Galaxy Note 4, and the Sony Xperia Z3. Even though they don’t have to worry about Sony in the US, they do still have to worry about Samsung. Although, those interested in the Moto X+1 probably aren’t interested in the Galaxy Note 4. Because of the sizes being so far apart. 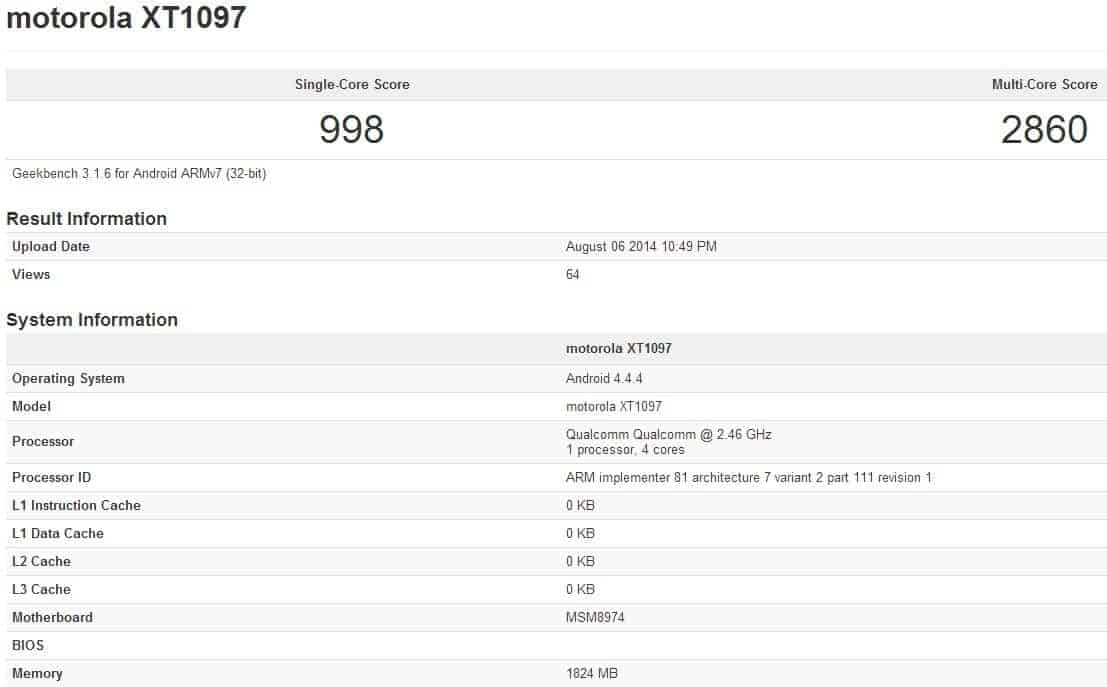