The Moto X+1 was leaked out yesterday by famed, retired, leaked @evleaks. Most of us saw it and hated it. But I’m going to reserve judgement until Motorola announces it. Now, a Brazilian retailer has both the Moto X+1 and Moto G listed on their site. There are no pictures of the Moto X+1, but there are of the Moto G. Which looks just like the previous iteration of the Moto G. Although that’s what we expected, just a few upgrades in the specs department.

This Brazilian retailer, who also leaked the Moto E specs a few days ahead of launch, also shows all of the specs for the Moto X+1. So we’ve got a 5.2 inch HD display, Android 4.4.4 KitKat, 2.2GHz quad-core processor (likely a Snapdragon 800), 13MP camera, 16GB of storage and 2GB of RAM. The model is XT1097. So not a whole lot of changes over last year’s model. We’ve got a half an inch larger display, a more beefier processor, a few more megapixels and that’s about it. Let’s hope the camera is better than last years. This leak also shows the Moto X+1 coming in Bamboo, leather and black. So it looks like more options for MotoMaker coming.

They also leaked out the Moto G specs which show a 5-inch HD display, Android 4.4.4, 1.2GHz quad-core processor (likely the Snapdragon 400), 1GB of RAM, 8MP camera and 16GB of storage. So we’ve got about the same upgrade here. Again half an inch increase on the display, along with a few more megapixels. The Moto G did come in 16GB flavor last year, as well as 8GB. So it’s unclear whether we’ve got 8 and 16 again, or 16 and 32GB. We’ll have to wait and see.

Motorola does have an event scheduled for September 4th. And we should learn all about these two devices as well as the Moto 360 then. We will be there, to bring you all the news though. So stay tuned to Android Headlines. 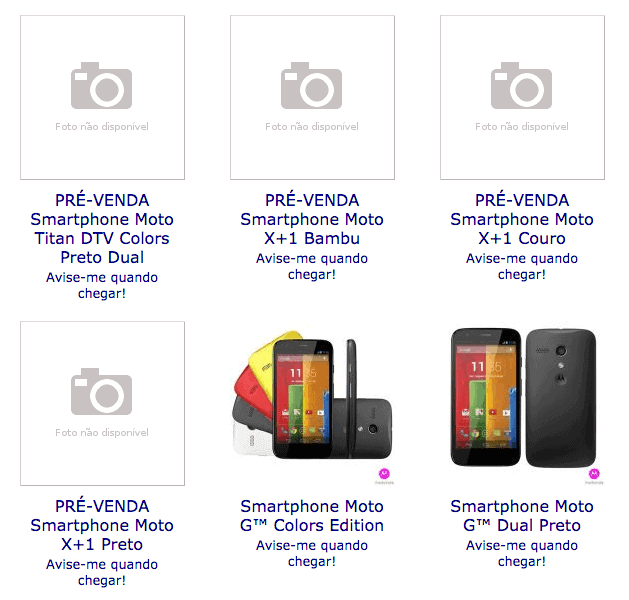