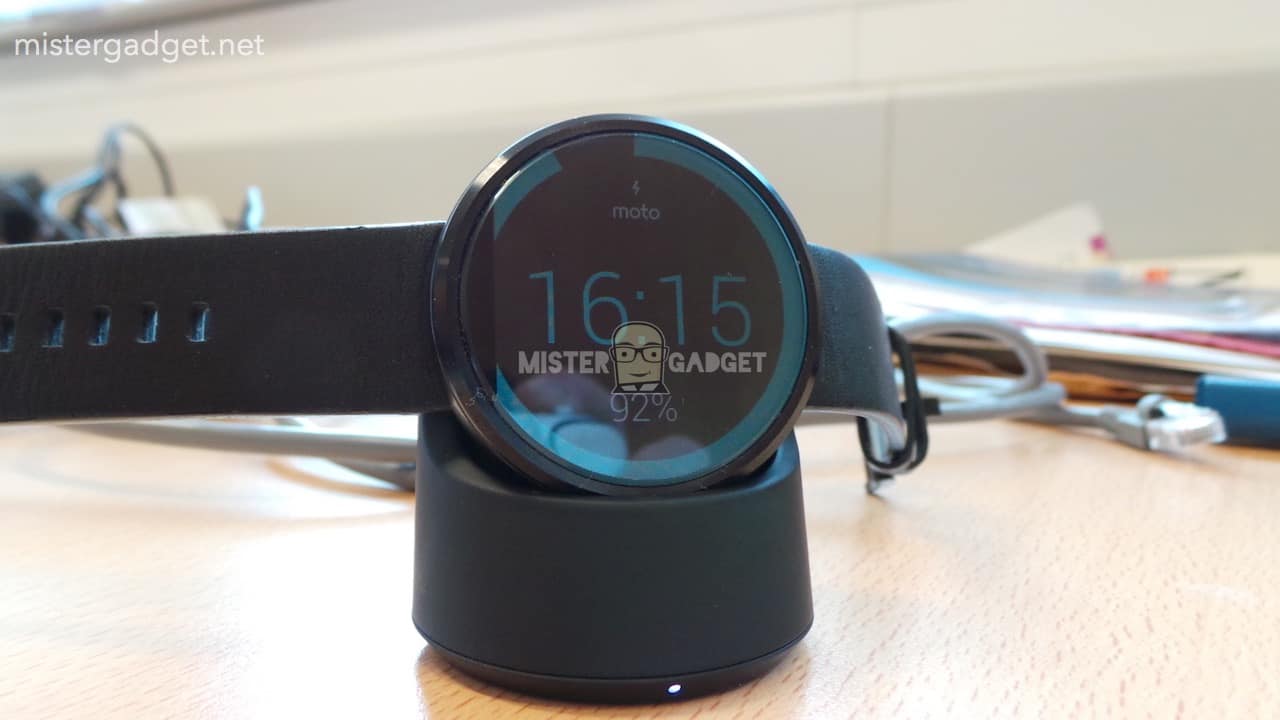 Google introduced its Android Wear operating system (OS) at this year's Google I/O. Alongside the OS there's been some talk about the smartwatches which will be powered by it. Two of those are already available for purchase, LG G Watch and Samsung Gear Live while Motorola's Moto 360 is expected soon. Both the LG G Watch and Samsung's Gear Live are solid offerings, but they seem quite unattractive for a lot of people. Moto 360 on the other hand brings something different to the table, its beautiful circular design has made a lot of people fall in love with this watch and are just waiting for the thing to be announced and available already.

Motorola did share some info when it comes to this device, but they kept a lot of it for themselves. One of the things didn't know is how the device will charge, well, a new leak arrived from Italy (after being teased on Twitter by Mr. Gadgets prior to this) showing off Moto 360's alleged charger in a bunch of images. This cradle seems quite interesting and sleek as you can see in the images below. The watch will be facing towards you instead of being laid flat on its back, which is a nice touch. This leak also mentions some other details when it comes to Motorola's upcoming smartwatch. They say that stainless steel is Motorola's material of choice when it comes to Moto 360, which is a relief considering we've seen a disturbing and yet not so convincing rumor that the device might be made out of plastic instead of metal. The leak also mentions that inductive (quite probably Qi) charging is in question here, which is kind of obvious now. IP67 certification for water resistance, pedometer, light sensor and optical heartbeat sensor on the back are all going to be featured in Moto 360 smartwatch according to AndroidWorld.

You can find a whole bunch of images in the gallery below to feast your eyes on, there are even a few where the watch is compared to the LG's G Watch. Moto 360 is a really promising smartwatch, any takers out there?