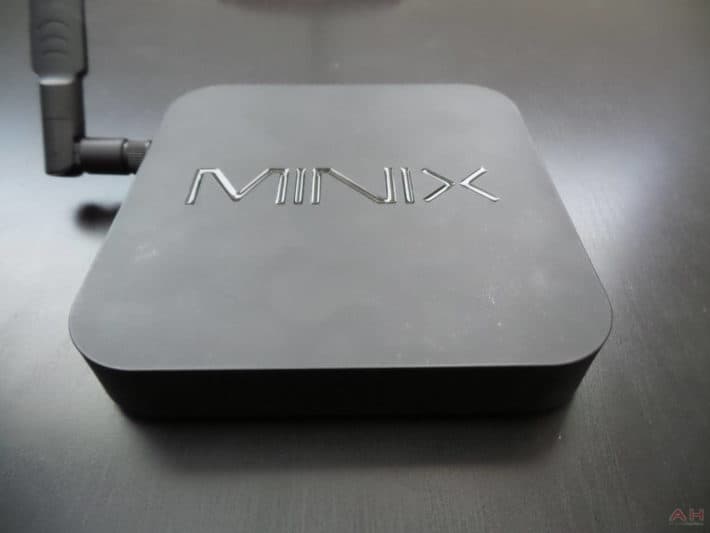 Many of us have a media streaming device in our livingrooms, with anything from a ChromeCast, Apple TV, Roku, WD TV Live or even a gaming console such as the Xbox 360 being used to stream our preferred media for our viewing. A type of device that has been growing in popularity the last couple of years is the Android set-top box. One such device is the Minix Neo X8-H, that promises to stream 4K video without a glitch. First, the hardware, and here we see a Quad-Core Amlogic S802 processor clocked at 2.0GHz, with graphics provided by the Octa-Core Mali 450 GPU enabling the player to support the following video formats: 4K, 2K, H.264 and 1080p. 2GB of RAM is present on multi-tasking duty with 16GB of internal storage as standard. The built-in SD/MMC memory card reader can extend storage by up to 2TB. If you have a router that supports the 2.4GHz and 5GHz bands, you can make full use of it thanks to the Minix Neo X8-H supporting dual-band WiFi. You can always make use of the built-in RJ45 ethernet socket to connect to the internet if that's your preference. A M1 Airmouse is included, although you can use any Bluetooth compatible keyboard or mouse.

On to its external appearance, and the Mini Neo X8-H is nothing to get too excited about, its a pretty bland inoffensive design, consisting of a black plastic square with rounded edges and an aerial poking up. Still, seeing as it will most likely be stuck in a media cabinet for most, if not all of its life, you won't really notice it. What you will notice is the content that it is streaming, and this is helped by the fact that XBMC or rather  KODI as it is now called, is installed from the get go with full support for hardware decoding. XBMC/Kodi is a media playing software that has refined itself over the years, now in its fourteenth iteration, enabling the user to play anything from videos, podcasts and music either from sources on the internet or from local and network storage.

The Minix Neo X8-H is running Android version 4.4 Kitkat, and apparently has access to the Google Play Store, which will definitely make it easier to access your apps.  The Android player boasts quite slick performance, with even the Minix launcher transition animations being mostly lag-free. Video plays smoothly, and the demonstrator navigated around the interface like a champ. Amazon reviews for the Minix Neo X8-H have been generally good, although there has been a complaint that the firmware was a little buggy. The Minix Neo X8-H is available from Amazon.com for $143.49  or from Amazon UK for £104.90. There's no doubt that this looks like the Android Media Streaming box we've been waiting for all these years, with it's improved performance and features, but is it too late? Personally, after having tried various Android streaming sticks and boxes with mixed levels of success, I think I might 'make-do' with the Xbox one, chrome-cast and Roku that are currently connected to my TV and wait for Google's Android TV set-top boxes to reached the market. Let us know your thoughts in the comments below or at our Google Plus page.