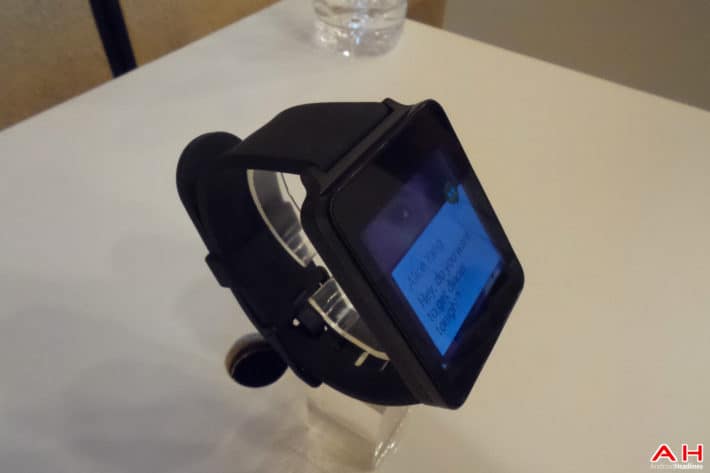 The LG G Watch has been out for over a month now for the general public and already the Korean manufacturer is rumored to be working on their second generation Android Wear smartwatch, which is being rumored to get an unveiling and announcement at the upcoming IFA conference in September, just weeks away. The Moto 360 has enjoyed some pretty good leaks the last week or so, from the possible near shipment to Google I/O attendees to the outed price of $250 from Best Buy just this morning. Lg though, could possibly steal some of Motorola’s limelight even if Motorola has the 360 out before the IFA conference.

The possible September announcement raises the excitement a little bit and is followed up by other details like LG’s plans to use the G Watch 2(tentative name of course)to compete directly with Apple’s iWatch. These rumors come straight from the Korea Times who is reportedly quoting an Official who works for LG. LG apparently has high hopes for the second generation smartwatch, and although their first contender in the space didn’t receive as much praise as they were probably hoping, they aren’t letting that bring them down. The G Watch 2 is said to still have Android Wear as the planned OS, and continue using Qualcomm as their chip manufacturer, claiming that the G Watch 2 will sport a Qualcomm CPU inside just like the first model.

No other specific details have been mentioned about the G Watch 2 just yet, and we suppose it might be early to start finding that information anyway. According to the source however, LG did mention that the G Watch 2 will be a “game changer.” If that’s the case, then perhaps they have some high quality materials in mind for the device, like possibly metal and leather bands and perhaps maybe even a metal watchface casing. There are also claims that LG may be working to collaborate with well known watch brands to bring the G Watch 2 to fruition, which might help them stand out a bit in a market that is sure to have more than a few contenders by the beginning of 2015.