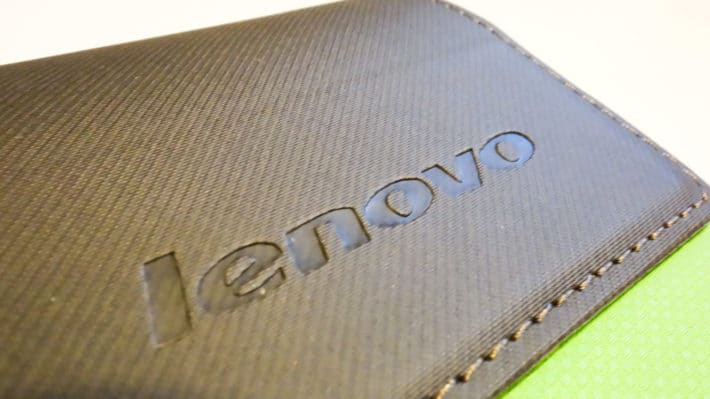 Lenovo might be known more for producing laptops, the ThinkPad, tablets – and now even Chromebooks – here in the West, but the Far East the company makes a good deal of money from their smartphone and tablet sales. In China specifically, Lenovo has become a big name brand when it comes to mobile and while they're still offering more budget-minded handsets than anything else, the company knows how to produce a good smartphone. A leaked roadmap has surfaced online telling us that Lenovo is readying five new handsets for launch later on in the year.

The five devices are aimed at offering something for all price points and the launch dates for the devices are September right through November. Starting with September, the leaked roadmap states that Lenovo is to launch the A768, S858 and the Vibe X2. The A768 has already been spotted in benchmarks and sports a 5.5-inch display with a 64-bit Snapdragon 410 – the successor to the Snapdragon 400 – as well as the usual specs, clearly designed to be a mid-range device the size of this handset could be the main selling point. Meanwhile, the S858 is more of a minimal device with little going for it in the way of deign flare and will presumably be a low-cost offering. At the end of the month, the Vibe X2 as pictured with its colorful styles is to be a fashionable device powered by a 2.0 Ghz Cortex-A17 CPU.

In October, the company is said to be releasing the Lenovo Sisley, a 6.9mm thick device with a 13-megapixel camera. Our friends at GforGames have noted that Sisley is also the name of a French cosmetics brand so their might be some sort of partnership there, perhaps. In November, the Yoga Apollo is to arrive and yes, it's a flip phone. In the small picture we have from the roadmap it looks like a black device with a gold trim and while flip phones sound cool, the specs probably won't be on this guy's side. 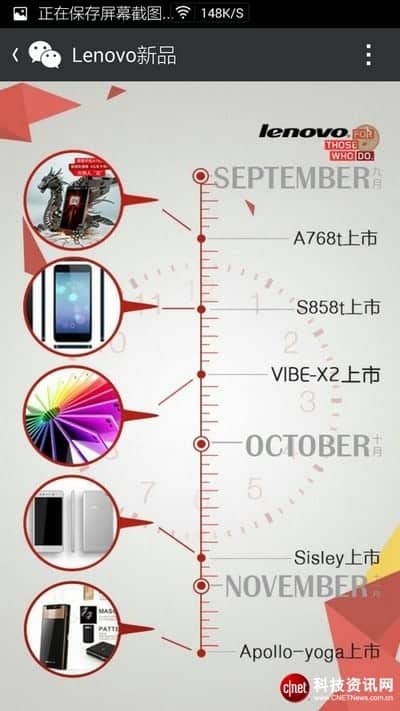