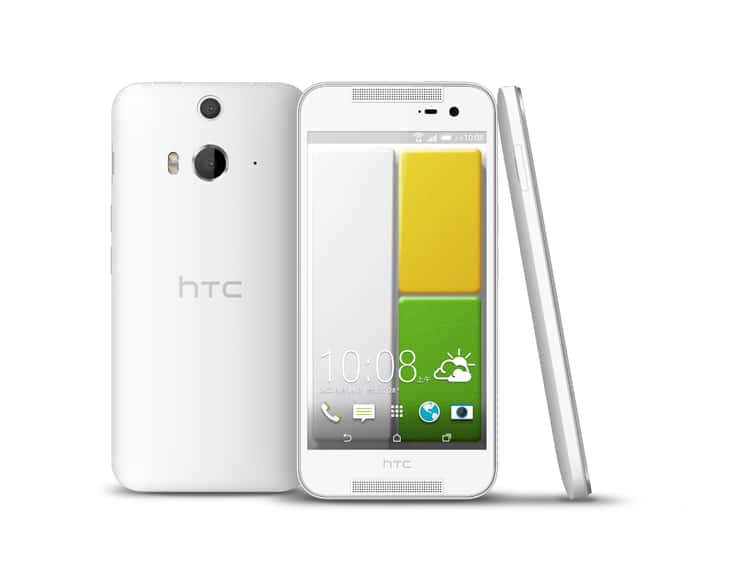 HTC has been making great moves in the smartphone business by releasing both generations of the HTC One device, even though their sales are not going as planned these are great devices. Many people said the phone would have had it all if not for that 4MP UltraPixel camera and all. What many people already forgot though is the phone which HTC introduced back in December of 2012 and released a month after that. HTC Butterfly was the second phone to sport a full HD 1080p (1920 x 1080) screen, right after the Oppo Find 5. There's been talk for some time now that HTC is about to release a refresh to the device and that just happened, over a year and a half after the unveiling of the first HTC Butterfly device.

HTC announced HTC J Butterfly HTL 23 at an event in Japan, alongside that the device has also been announced for in Taiwan under the HTC Butterfly 2 name. It will also sell in Hong Kong and other Asian markets under that name. There's a slight different between the devices though, they have a somewhat different LTE bands and the Japanese version is just a little bit heavier. The devices share every other detail though (and I'll refer to them as Butterfly 2), packing a 5-inch 1080p (1920 x 1080) Super LCD 3 display alongside 2GB of RAM and 16 or 32GB of internal storage (expandable via MicroSD card up to 128GB). Qualcomm's Snapdragon 801 quad-core CPU clocked at 2.5GHz is HTC's processor of choice along with an Adreno 330 GPU for graphics. 13MP camera is located at the back of the device alongside a 2MP secondary rear camera for depth perception (like in the HTC One M8), while there's a 5MP front-facing shooter with BSI sensor on there as well. The device is 9.99mm thick and will come with an Android 4.4 KitKat OS with Sense 6 UI on top of it. The phone's casing is made out of plastic, IP57 certification for water and dust resistance is also a part of the package and a 2700mAh battery will take care of powering the device up. BoomSound is also here, just in case you need a pair of great speakers. The device also sports JBL LiveStage Signal Processing Technology for better audio output and It comes bundled with an exclusive JBL in-ear-headphones in Japan. HTC partnered up with HARMAN in order to make this possible.

HTC Butterfly 2 will come in Red, Blue and White colors and will go on sale in Taiwan on September 2nd but will also launch in Hong Kong, India, Malaysia, Singapore and Thailand. No word on the pricing just yet however nor will the device be available anywhere else but in Asia. Would you be interested in picking this one up?