The Desire brand was, for a brief time, the top of HTC’s offerings with the original HTC Desire basically being a Nexus One in disguise. Now, things are very different, with the Desire line full of – very confusingly named – budget minded devices that offer users some decent value for money. For HTC, this market has become a pretty important one, there’s apparently more money to be made selling these budget-minded handsets and over the last couple of years, HTC has been launching more and more of them. With HTC more than happy to keep on launching Desire after Desire, it’s no surprise that we’re hearing word of yet one more addition to the family.

While there’s not much known about just what HTC is to announce during their IFA breakfast, we wouldn’t be surprised if HTC were to use the opportunity like they did during Mobile World Congress. Back in February, HTC announced the Desire 816, a 5.5-inch device that showed budget didn’t have to feel cheap. Could we be headed for another announcement like that? Let us know what you think in the comments below. 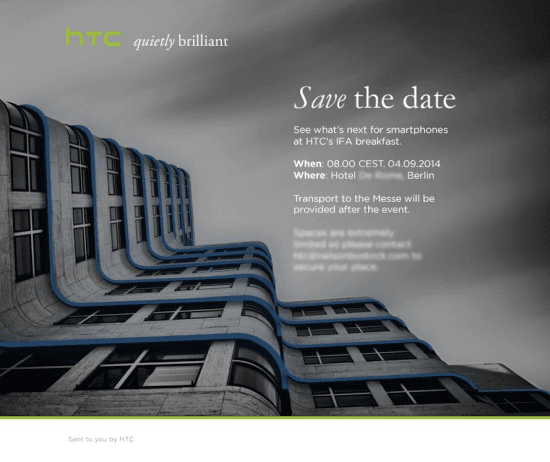