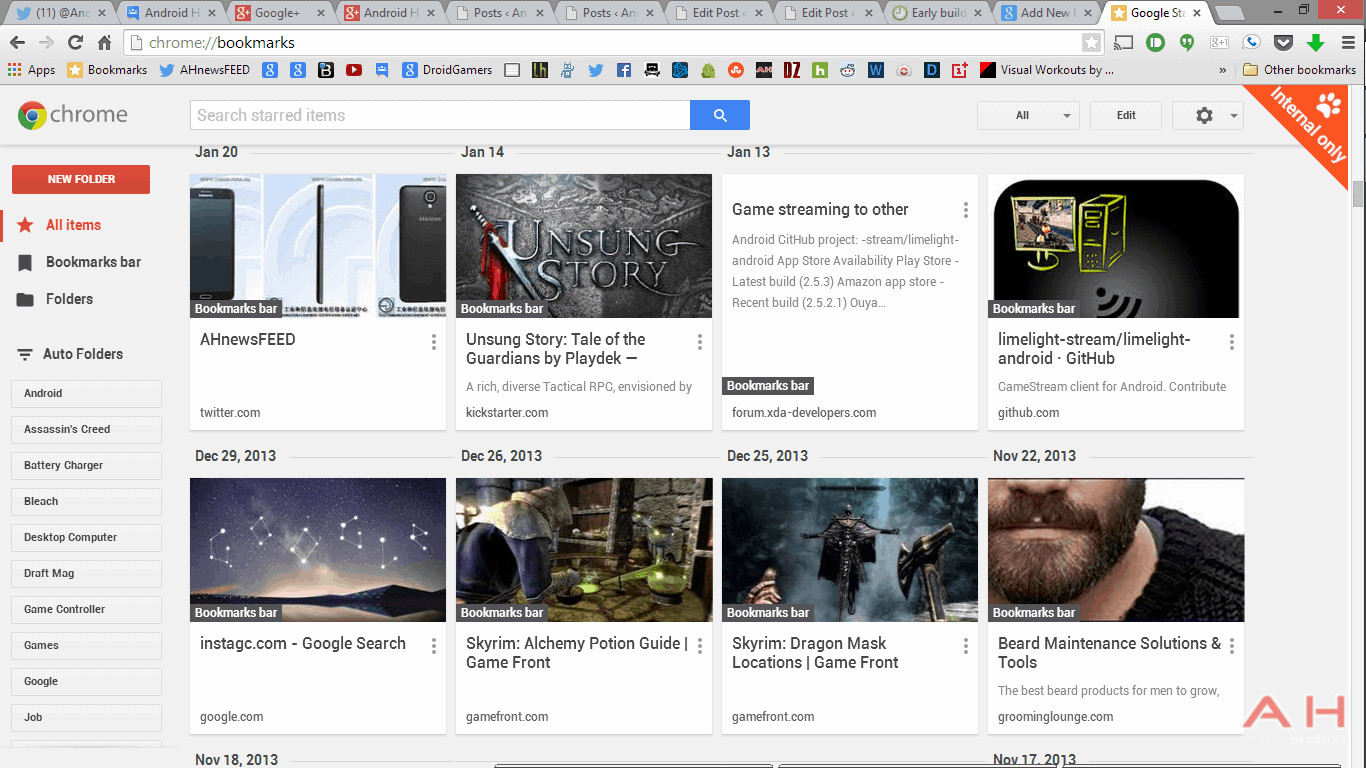 Earlier in the week we got to take another look at a more recent build of Google Stars thanks to Florian Kiersch, who was also the person to first bring Google Stars to the public's attention back when we first heard about it. In his more recent post from earlier in the week he points out the changes from Google's Bookmarks replacement extension and says that things have gotten some visual upgrades and tweaks. He also stated that the mobile version now looks more polished, and that overall Google Stars had functioned better, but he still didn't think that it was ready for prime time.

While it could still be a ways off, Google Stars is now something that eager users can at least play with in its current state. Thanks to Florian Kiersch, anyone that is willing to play with an early test build of Google Stars has the capability to install the unpacked extension. Kiersch was apparently able to pull out a nightly build of the extension for public use, and has uploaded the .crx file to a cloud server which we have the link to below. Just like it was described, the Stars extension sits next to your other extensions in the omnibox in Chrome, but the button is actually in the address bar where the old bookmark button used to be. So as stated when this is released officially or for anyone who decides to play with this build, it does replace your bookmark button.

Upon using the new extension, you'll also notice that a new dropdown pops up with a selection of options that you can utilize after the bookmark gets saved,(when you "star" things)like adding it to a specific folder, and the ability to change the bookmarks description as well as the web address if needed all from the dropdown menu. You also have a button to immediately trash anything you "star" from the dropdown menu as well, so you don't have to open up Google Stars and navigate to it. Easy right? Up top you have your settings menu along with the ability for filtering what you want to look at. You can narrow things down to image, video, or web categories, or you can just leave it on all and everything that you have ever starred will be displayed. Everything is also dated, starting from the most recent things you star to the oldest. The list view works pretty nicely, and changing back and forth between lists and grids has a nice little animation. All in all it seems to work pretty well, and while it seems fairly stable for where it's at it is a nightly build and not meant for every day use so there are probably some bugs somewhere. Still, it's fun to play with so if you wanted to check it out for yourself, hit the link and get your hands on it. Google had recently blocked the installation of extensions from outside sources, but you can easily bypass this as it's merely a security restriction to prevent malicious extensions from harming your computer. Simply save the downloaded .crx file of the chrome extension to your desktop(or anywhere you like), open up the extensions menu from settings/tools/extensions, then drag and drop the .crx file on top of the extensions window. That's it. Have fun and let us know what you think if you decide to check it out.