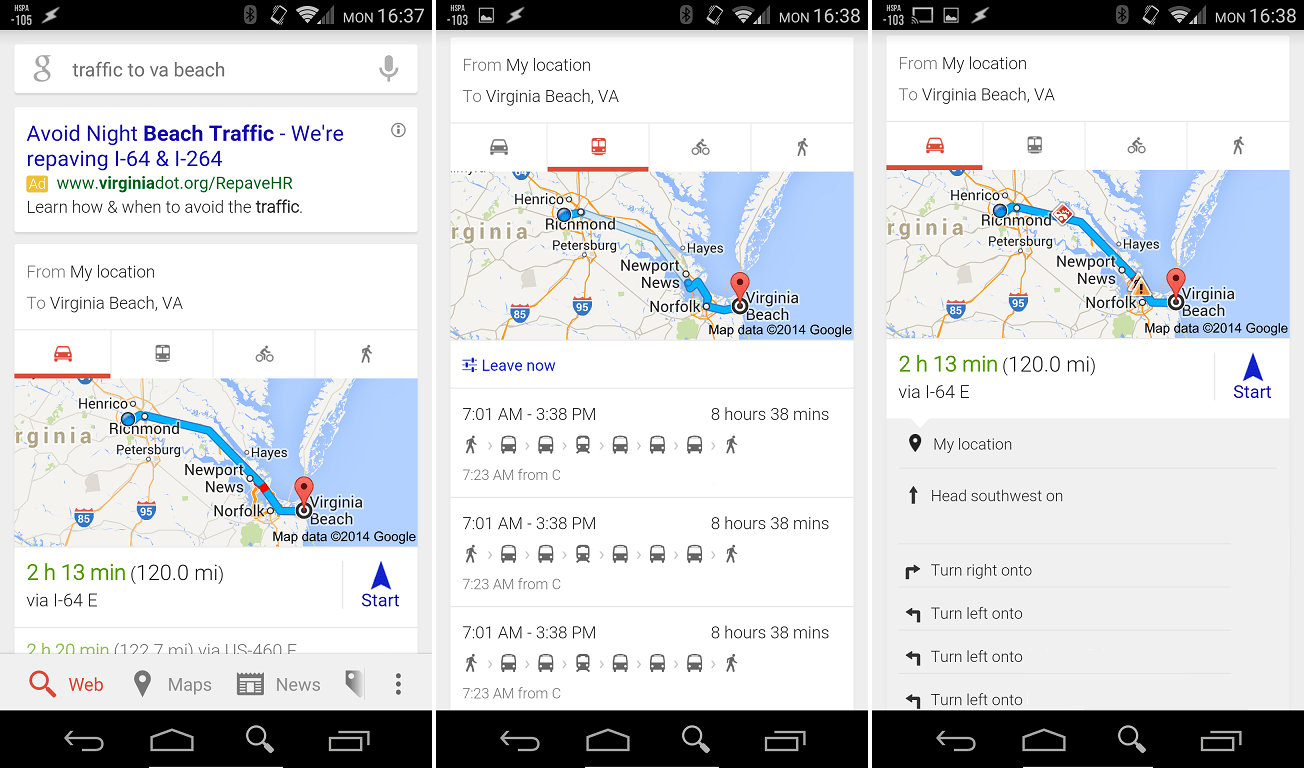 Google Maps and Google Search just keep getting better. Google has built a new navigation card into the Google Search app that looks a lot like the Google Maps app. The card shows a small map with the familiar blue line from your start to end points, alternate route options, modes of transportation, most of the things that you see in Maps are now available right from the Search card in the app. You don’t have to open Maps to select different routes or change how you’re travelling between car, public transit, bicycle, or walking. There’s even a blue Start arrow that will jump you into Maps when you’re ready to get going.

The new card can be activated by searching for something like “What’s the fastest way to” or “How far is” or “Traffic to” in the Search box. Simply fill in your destination and Google will do the rest. This is all built into Google Now so it’s easier than ever to get to where you’re going. Unfortunately, this isn’t an update to the Search app itself. There’s no APK to download or update from the Play Store that will enable it for you. Google has to push out the functionality to you. It seems they’re moving pretty quickly, though. If you don’t have the updated functionality yet, you should soon.

The last Google Search app update dropped on August 12th, adding Flight Card updates with alternate flights when you run into a delay, as well as train and bus reminders from your Gmail reservations. I’ve used the train reservation feature in some travels for my day job. The functionality works like a charm. It works the same way that the airline ticket notification works, pulling your departure time and specific travel information from the ticket and letting you know when it’s time to go. In my opinion, Google Now is at its best and most helpful when you’re travelling. This new Maps integration with Google Now just improves on an already fantastic service.