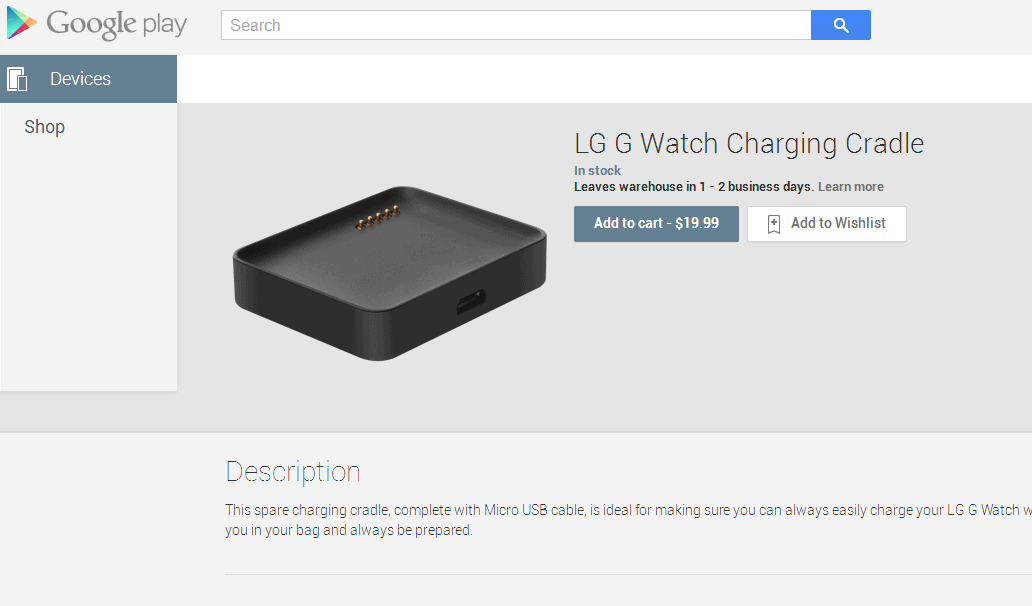 For those that have been users of the LG G Watch since it was available, you may have been among those who weren’t particularly thrilled that you couldn’t get a hold of a replacement or additional charging cradle for the Android Wear smartwatch. There are a few reasons as to why it would be a good thing to have the capability to buy them, which included reasons like replacing one that had been broken or lost or just having a spare that you could take with you on travel or to work while keeping the other at home. Unfortunately though LG nor Google had provided a way to get a hold of extra cradles which was causing people headaches for those very reasons explained above.

We knew it would only be a matter of time before Google had them up for sale on the Play Store but weren’t exactly sure how soon we could expect to see them pop up. Luckily that day is today as the accessory for the LG G Watch has appeared in the Google Play devices section next to the G Watch and the Gear Live Android Wear smartwatches. The extra charging cradle will require you to pony up $19.99 and will give you the additional cradle, as well as an extra USB cable to connect the cradle to the power source that you’ll be plugging it into.

Some might think that the $19.99 price is a tad bit expensive for just the additional charger, but walk into any carrier store and take a look at the prices of wall or car chargers for smartphones and tablets and you’ll see them generally more expensive than $19.99. Even more expensive than those are usually the OEM manufactured chargers for phones and tablets. Honestly, $19.99 isn’t that bad, although it is a bit more than the additional Nexus wall charger which costs only $14.99. Now we just have to wait for the Gear Live accessory to pop up too. Hopefully it won’t be too long before we see its appearance next to the one for the G Watch. What do you think, is $19.99 too much or is it about right? 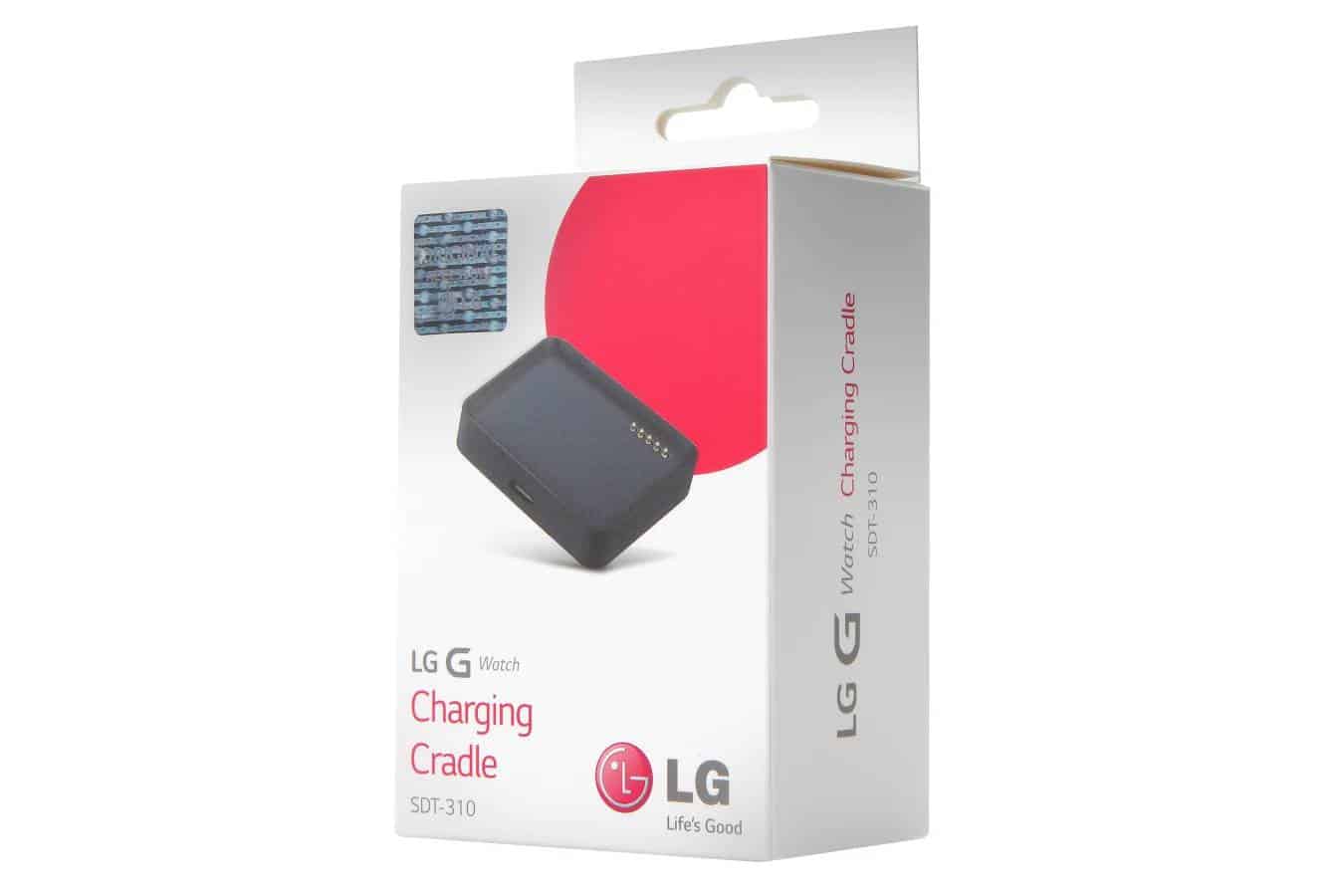 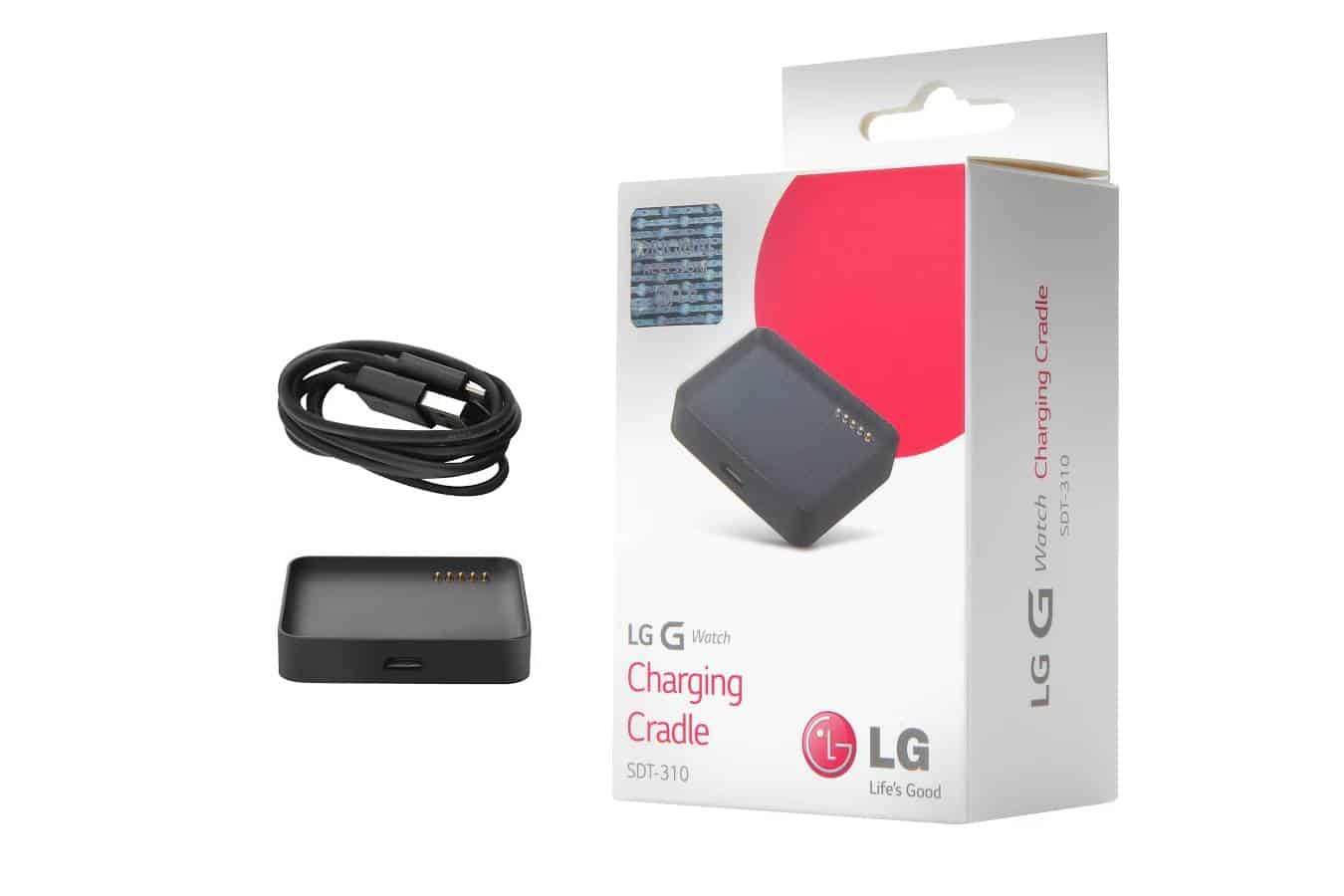