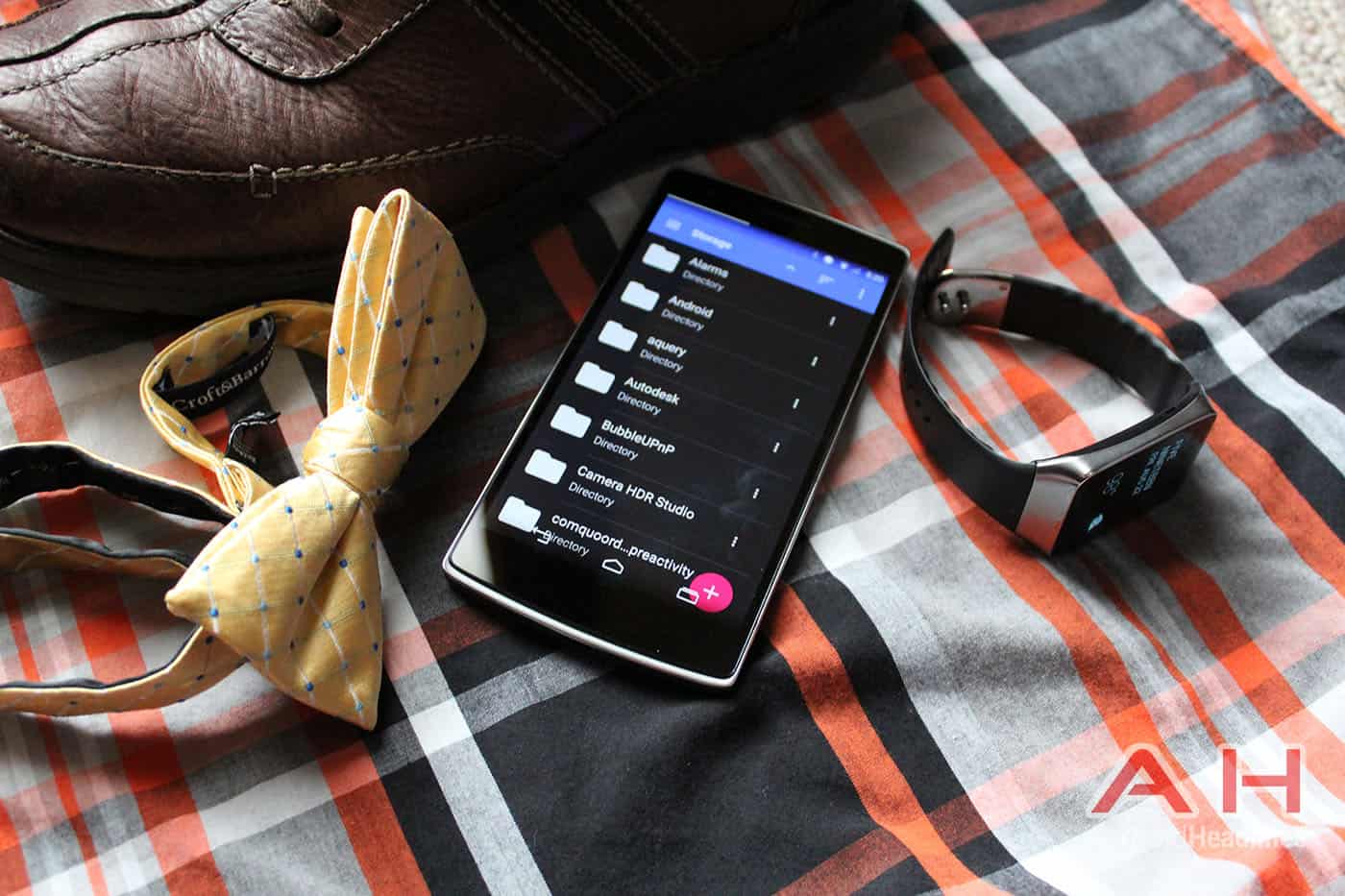 Material Design is the new hotness, and with the sooner-than-later release of Android L this Fall developers have been scrambling to get their apps updated to the new design language in time for the release of Google's latest OS update.  Material design borrows from the good elements of Holo, the previous design language, and makes plenty of new paths and design choices that set it apart from the rest of the crowd in the market.  It also holds the title in many minds of dead sexiest design philosophy out there, and it does so not by just using trendy pastel colors as its main scheme along with flat shading, but by using some seriously incredible transitions and little animations that make all the difference in the world.  It makes the app come to life, and developers are quickly realizing that this is more than just a simple visual refresh with the same old design philosophy.  So who are the prominent developers that are pushing the envelope with this new design?  Let's take a look at their apps! 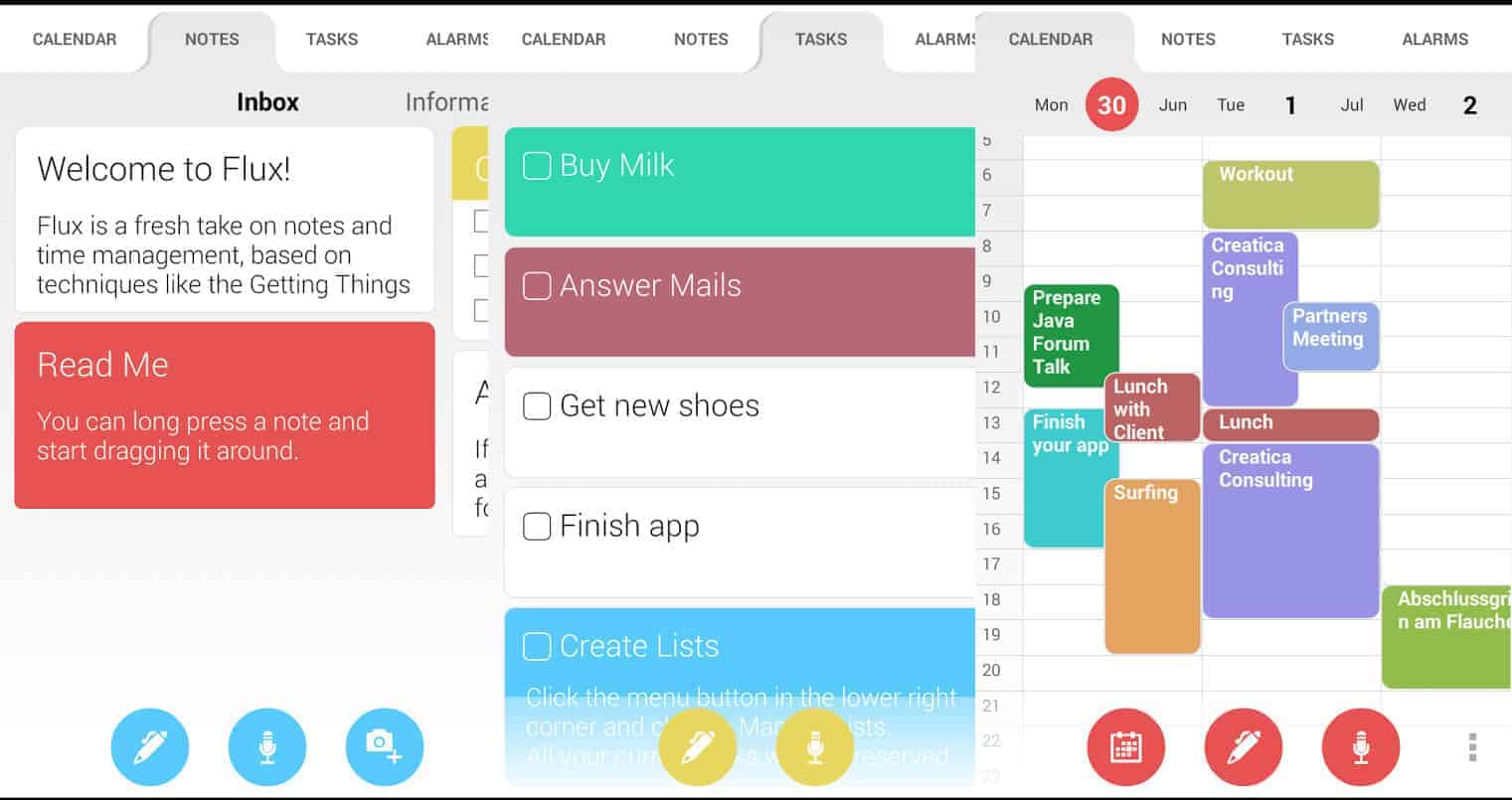 MindFlux is a new kind of organization app that aims to get everything into one easy to use spot.  With a well-marked tabbed interface and colorful visual hints all over the place, MindFlux keeps what's important at the forefront and easily lets you organize your information in the way that's most important to you.  MindFlux is based on proven organizational techniques like Getting Things Done or the Kanban principle, and it's easy to drag and drop to rearrange your schedule and notes in order.  Right now MindFlux supports calendar, notes, tasks and alarms, and there are more things to come in the future.  Right now MindFlux is in public beta so it's still under the testing and building phase of the software, and that means it's free! 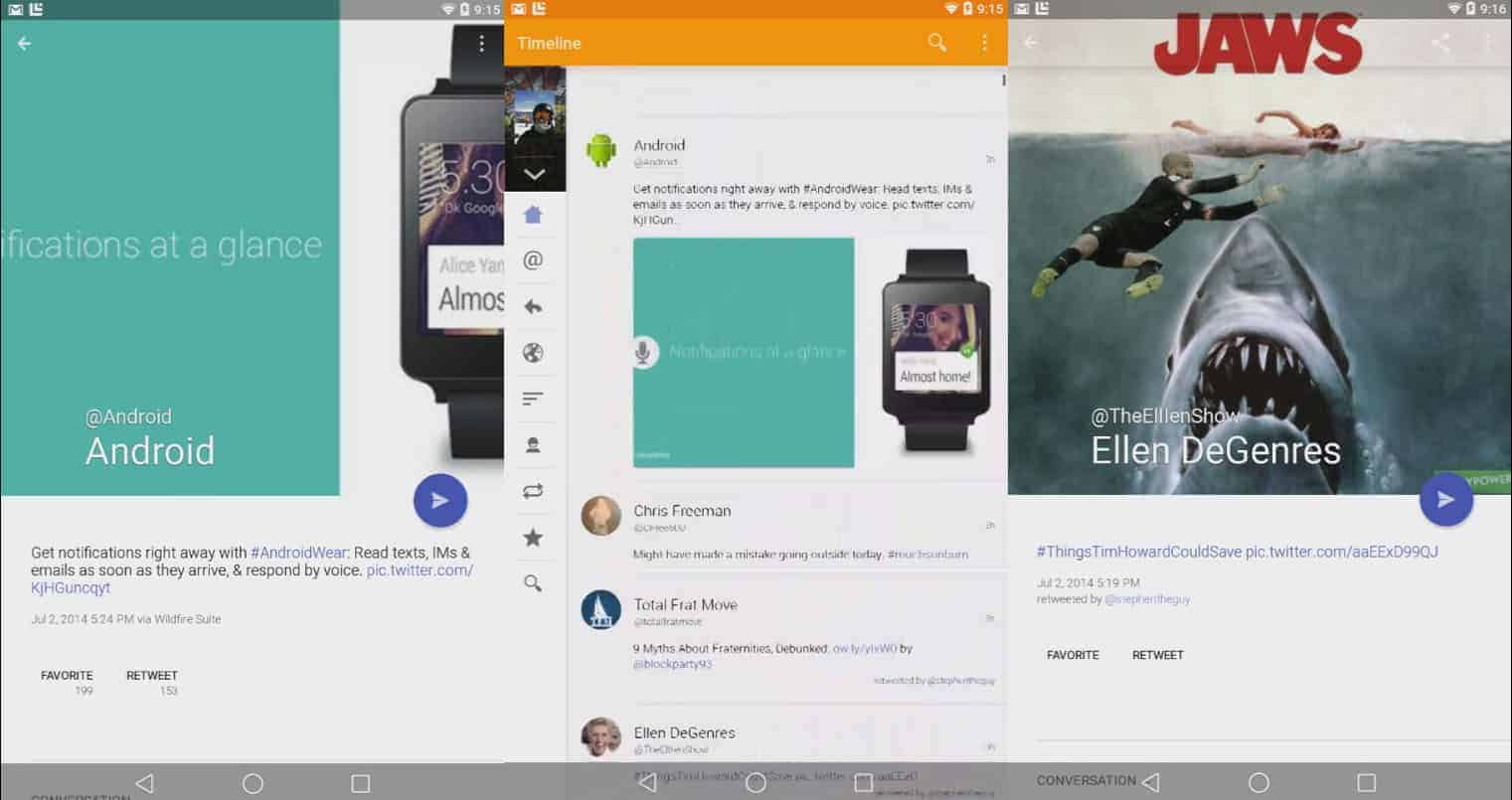 Talon for Twitter is one of the most popular and feature rich Twitter clients out there.  It was also one of the first apps to announce that it's moving to Material Design style, and it's available to try right now if you join the beta channel.  The only downside here is that you'll need Android L to experience this new layout, so if you're not running a Nexus device and a build of Android L you're fresh out of luck for the time being.  Seeing as how most of the apps in this list support previous versions of Android as well it's entirely plausible that this could come to those later on when the final version is released. 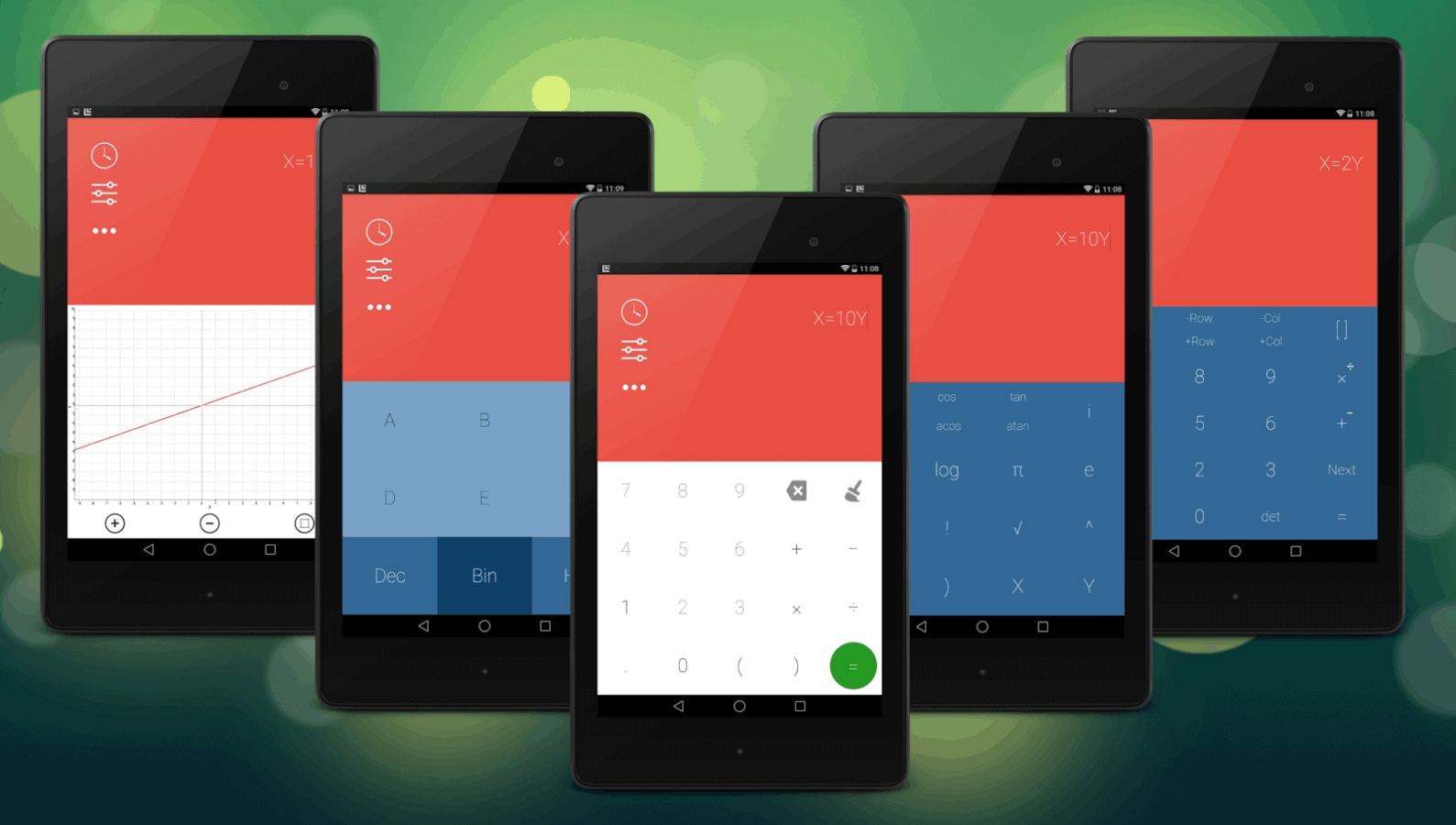 Numix Calculator uses colors to its advantage, and it helps visually separate different modes and visual information.  The free version features a light version of the Material Design look, while the paid one offers a dark version as well.  Other advantages to the paid version are a graphing calculator and other advanced calculator features, otherwise if you just want a basic calculator that looks downright sexy the free version is the one for you! 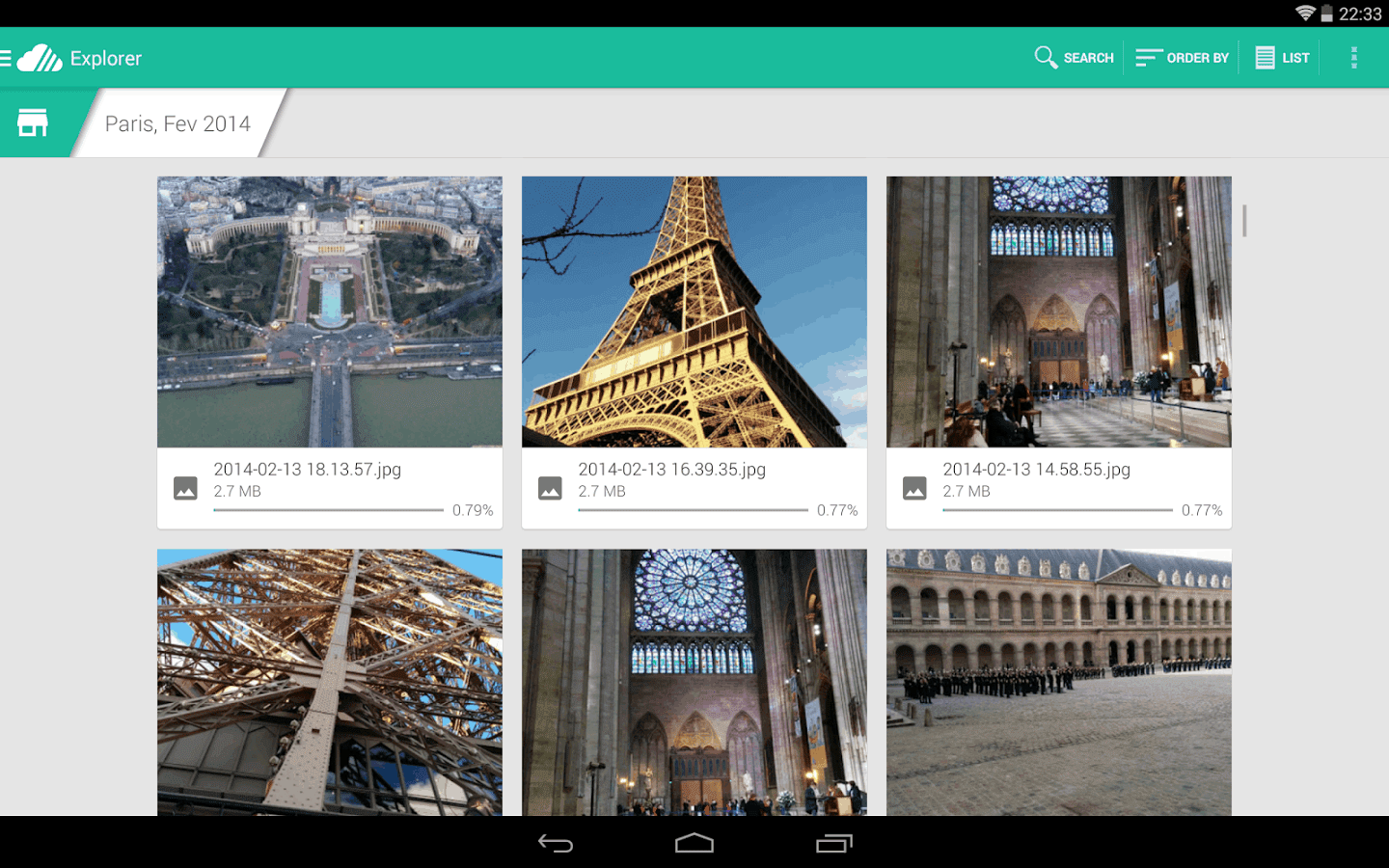 Ever have difficulty managing that crazy cloud inventory of files, photos and videos?  Unclouded is likely the solution for you, as it helps organize all that information into one neat and easy to use device, and does so in style.  Presented in a tabbed format all your albums and other information can easily be shuffled through and managed, and Unclouded supports both Google Drive and Dropbox with OneDrive and Box support coming soon.  Sort by categories, file size, duplicates and plenty of other useful filters to help organize all that messy information into something much more easy to handle.  Best of all it's free! 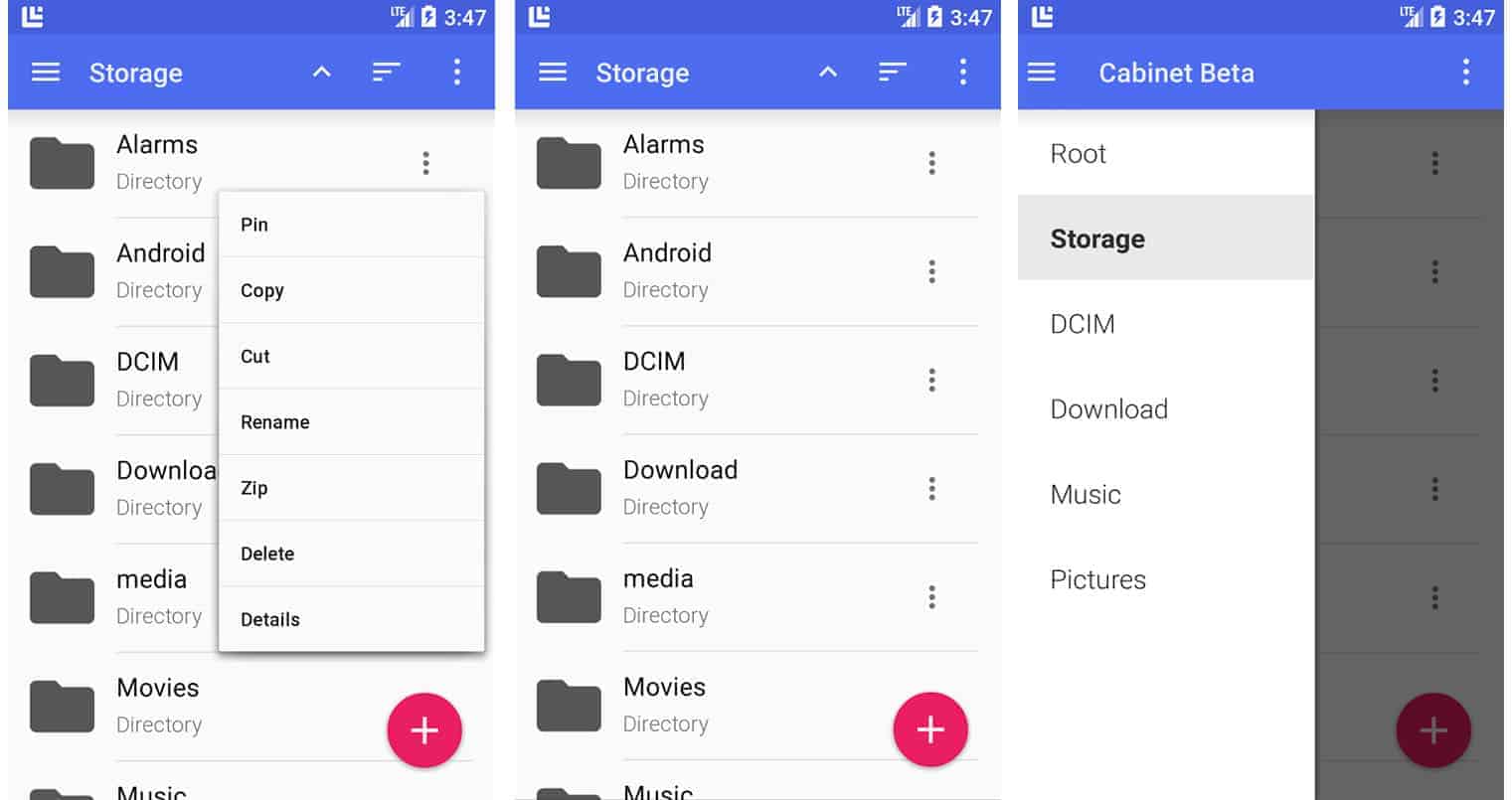 Managing files on Android can be hit or miss out of the box depending on who makes your phone.  If you need a file manager or aren't happy with the one that comes with your phone, Cabinet is the sexiest one around and will wow you with it's simple and easy to use interface.  Navigate all those pesky folders and everything else you need in a file explorer, all with extra-hot Material Design animations and all.  Another app that's in beta and is free because of it, as more features will be added later and bugs will of course be squashed. 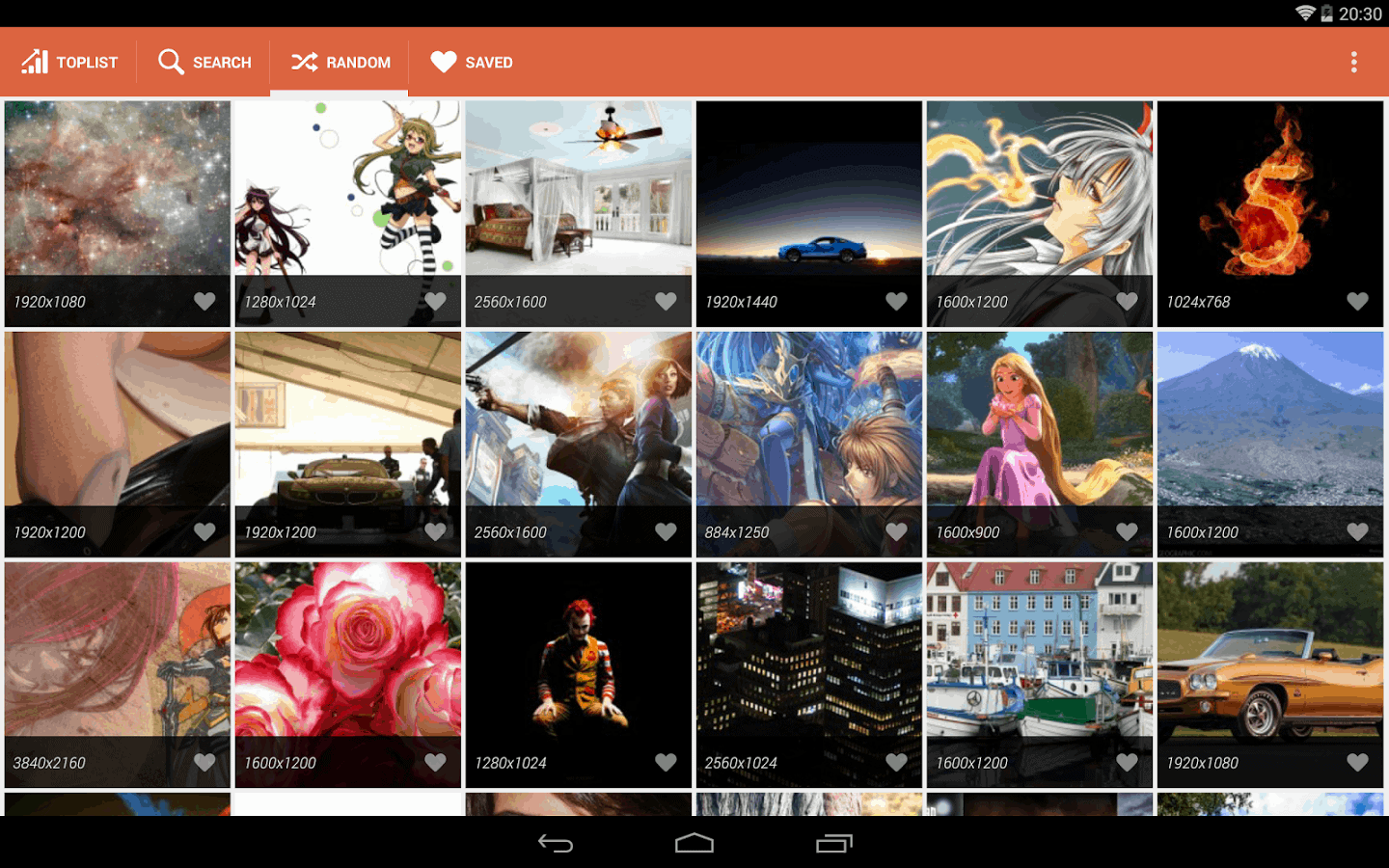 Sometimes you just need a really high quality wallpaper to replace that aging one you've been holding onto for months.  Wally brings a massive library of wallpapers to you, and it even supports all the way up 4k resolution wallpapers and beyond.  Wally relies on the database provided by Wallbase.cc, and as such has a massive repository, all of which is presented in an ultra-slick and colorful Material Design interface full of smooth and interesting transitions and animations.  Wally is free and so is the content, so what are you waiting for?  Grab it! 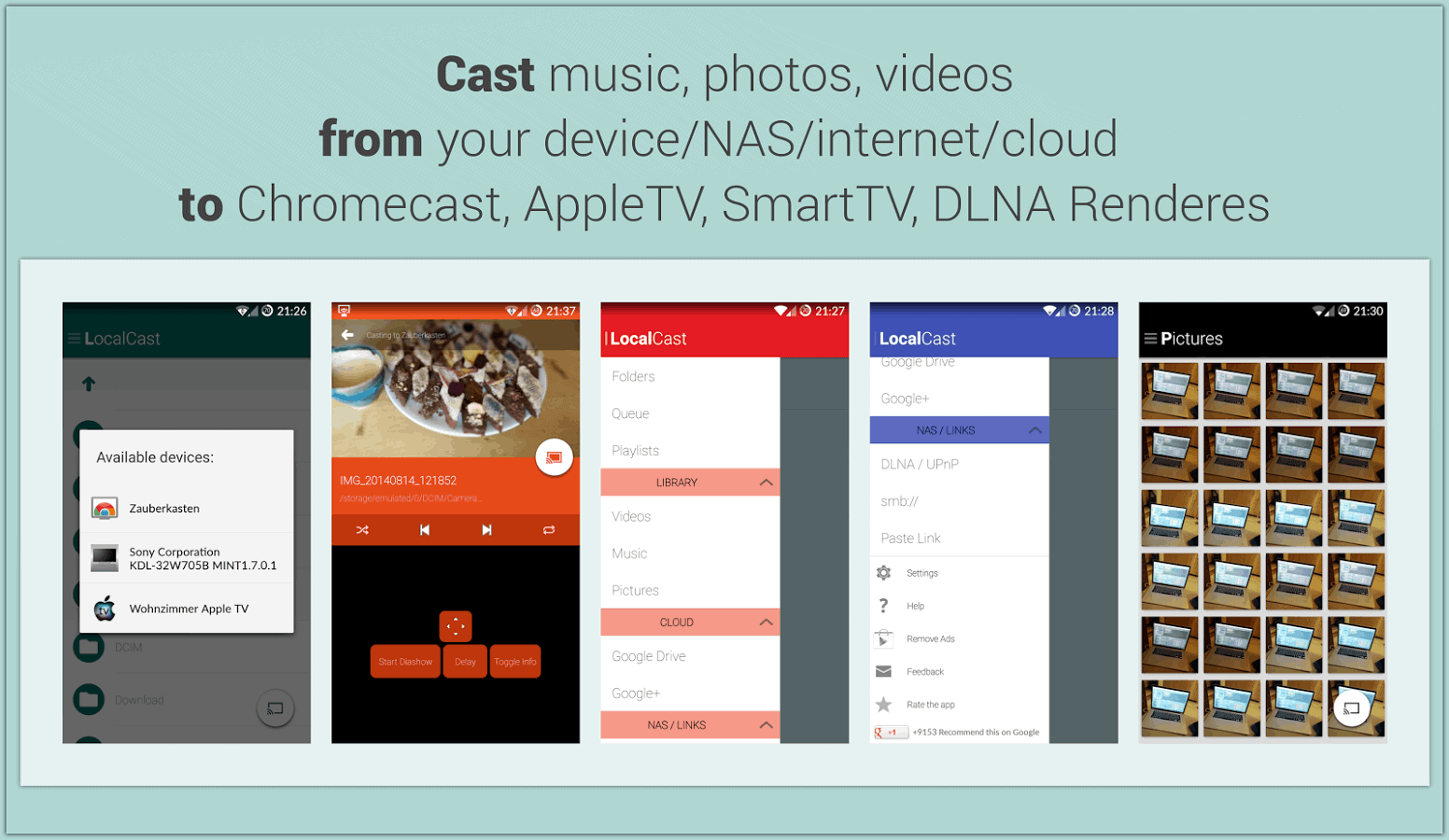 LocalCast was another one of those early Material Design apps that nailed it from the get-go, and it's one that you might begin using exclusively once you try it.  Setting itself apart from the swath of Chromecast apps out there with super nice visual design, LocalCast supports nearly every cloud storage service you can think of, and can send that stuff to more than just Chromecast too.  Many features are exclusive to Chromecast though, so if you're looking for things like the ability to add subtitles, rotate and zoom pictures and movies and all sorts of other goodies, LocalCast is going to make your day.  LocalCast is totally free and ad-supported, and you can pay practically whatever you'd like to remove those ads as well. 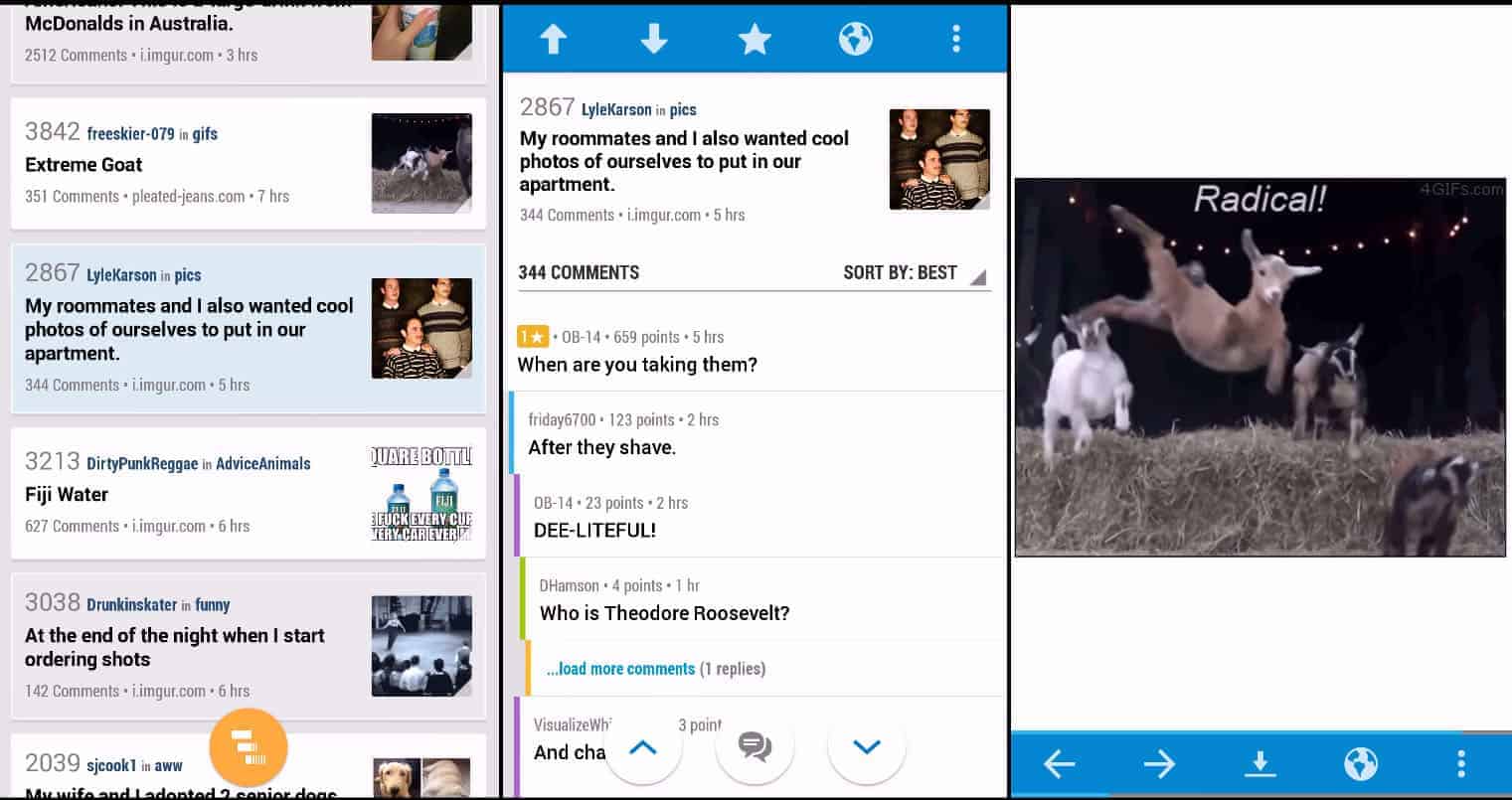 Haven't heard of Reddit before?  You'd obviously been living under a rock, but now's the best time to find out, because Reddit News is now featuring a Material Design theme that's sure to rock your socks off.  As with Talon for Twitter, this new design for Reddit News is available by joining the official beta community on Google+.  In this update you'll find a slick new interface that features not just an updated look, but awesome functionality as well.  See those buttons on the bottom?  You can rearrange them to float where ever you'd like on the screen, getting them out of your way and into a place that makes more sense for you individually.  There's plenty more too, so if you've been using Reddit News for a while and haven't switch, or haven't checked out Reddit for all your community-provided news before, now's the time to give it a shot! 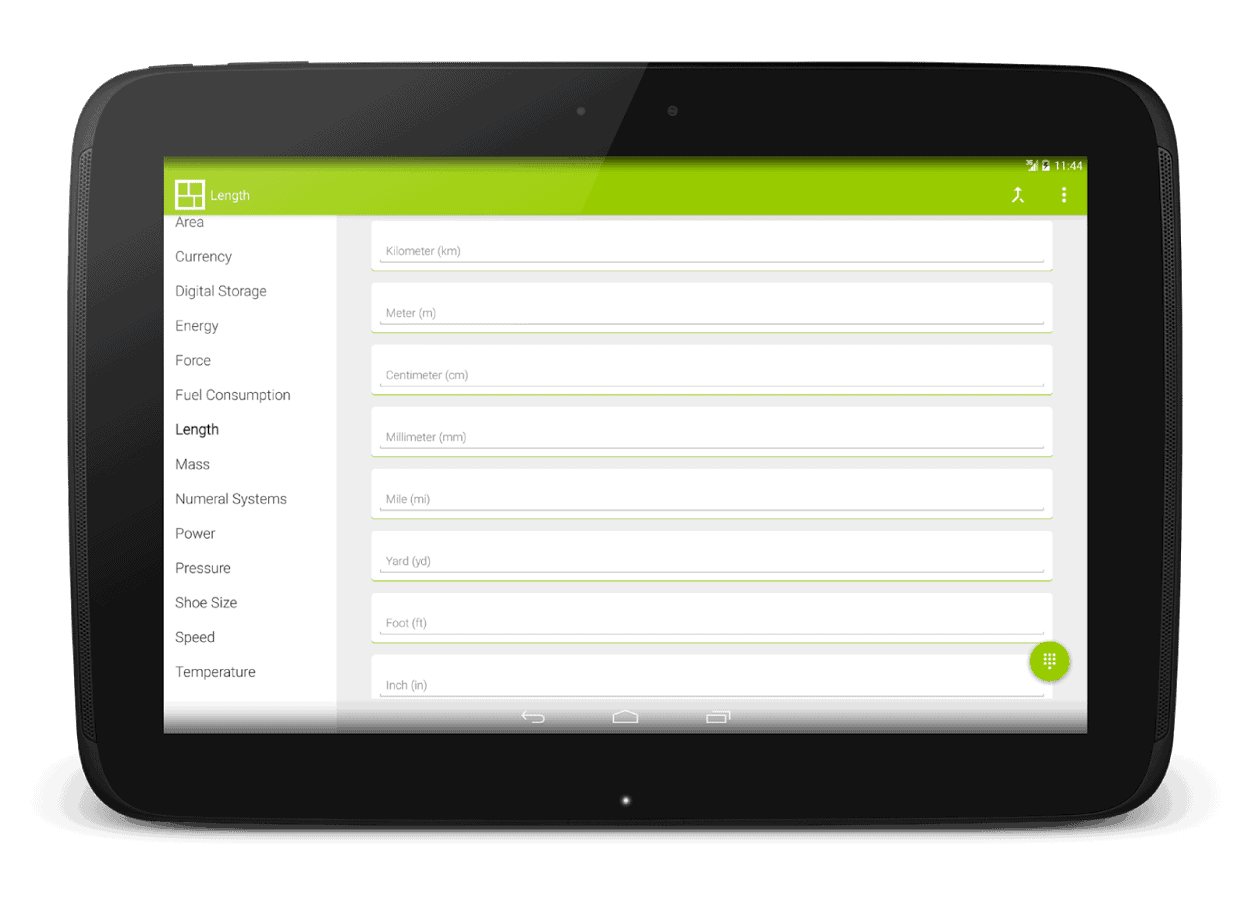 Not to be confused with Samsung's S-whatever software, S Converter is brought to you by Sabri Apps, and lets you convert just about anything you could possibly think of.  With a super colorful interface that's sure to turn heads, S Converter is downright gorgeous and wonderful to use.  Need to convert miles to kilometers, decimal to binary or just about anything else?  Give S Converter a try, as it's free and features in-app purchases to unlock even more content than it comes with for free. 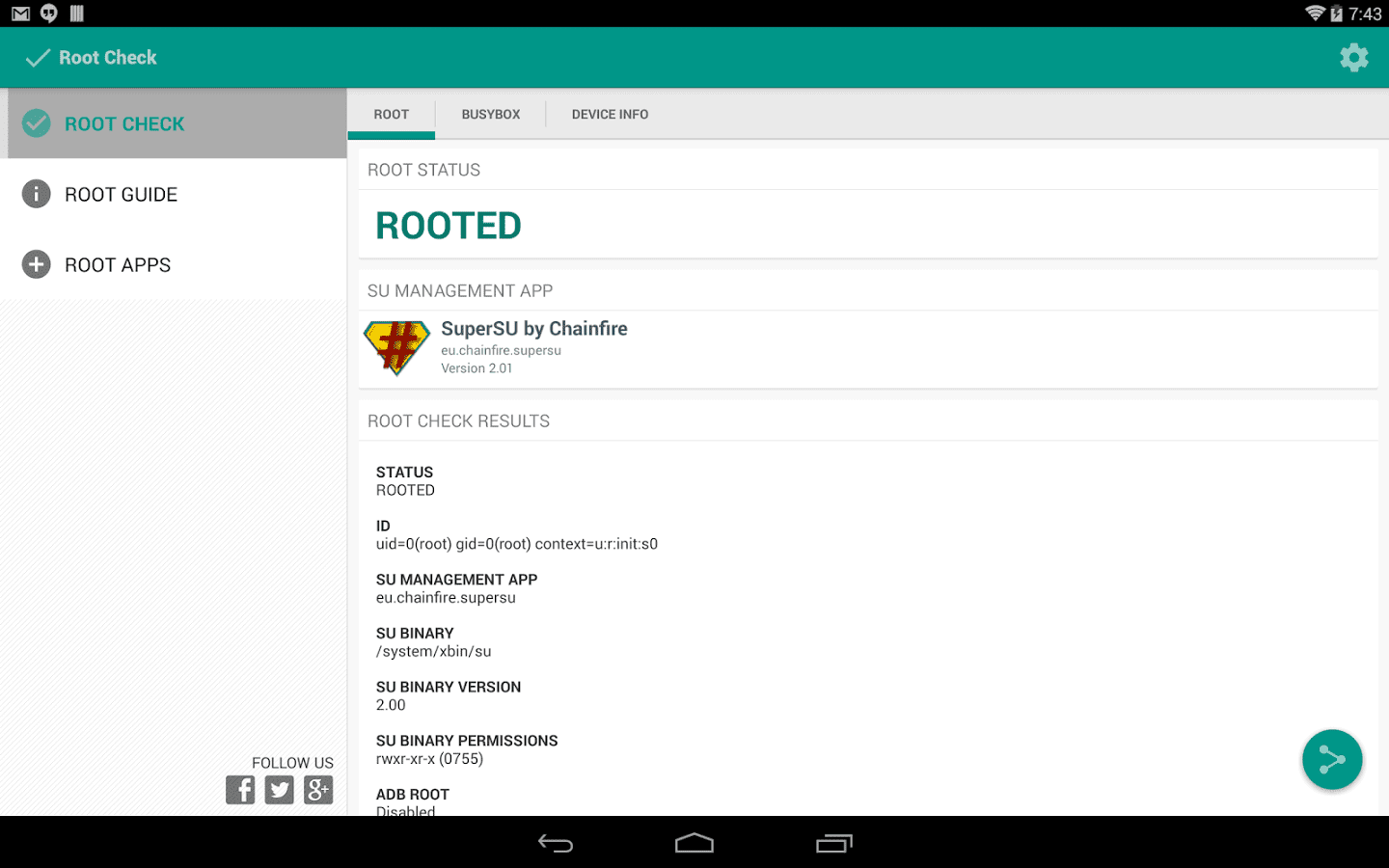 Root Checker is an app that's been around for quite some time, as its popular dev J Rummy has, and provides some incredibly important functionality for those of us that like to get the most possible out of their phones.  Quite simply this app tells you for sure whether or not you've been rooted, and it suggests some of the most popular root apps out that that could make your life that much more awesome.  Like many of J Rummy's awesome tools, Root Checker is free and ready to be downloaded into your life.