Chromebooks aren’t something we review everyday around here at Android Headlines. But Chrome OS is gaining traction and gaining OEM partners. So you’ll be seeing more and more Chromebook reviews and Chrome OS coverage here. Lenovo was kind enough to send over the Lenovo N20p Chromebook. Which is their first entry into the consumer space for Chrome OS. Prior to this Chromebook, they had launched a couple of Chromebooks for education. But finally, everyone can get their hands on this touch-screen Chromebook. I’ve spent the past few weeks using this one from Lenovo and so far I really like it. Especially with it’s stand-mode feature which is borrowed from their Yoga convertibles, and we’ll talk more on that in a minute.

Editor’s Note: We’ve been using the Lenovo N20p for about 2 weeks now for most of our daily tasks. This is also the 2GB of RAM model for those wondering. 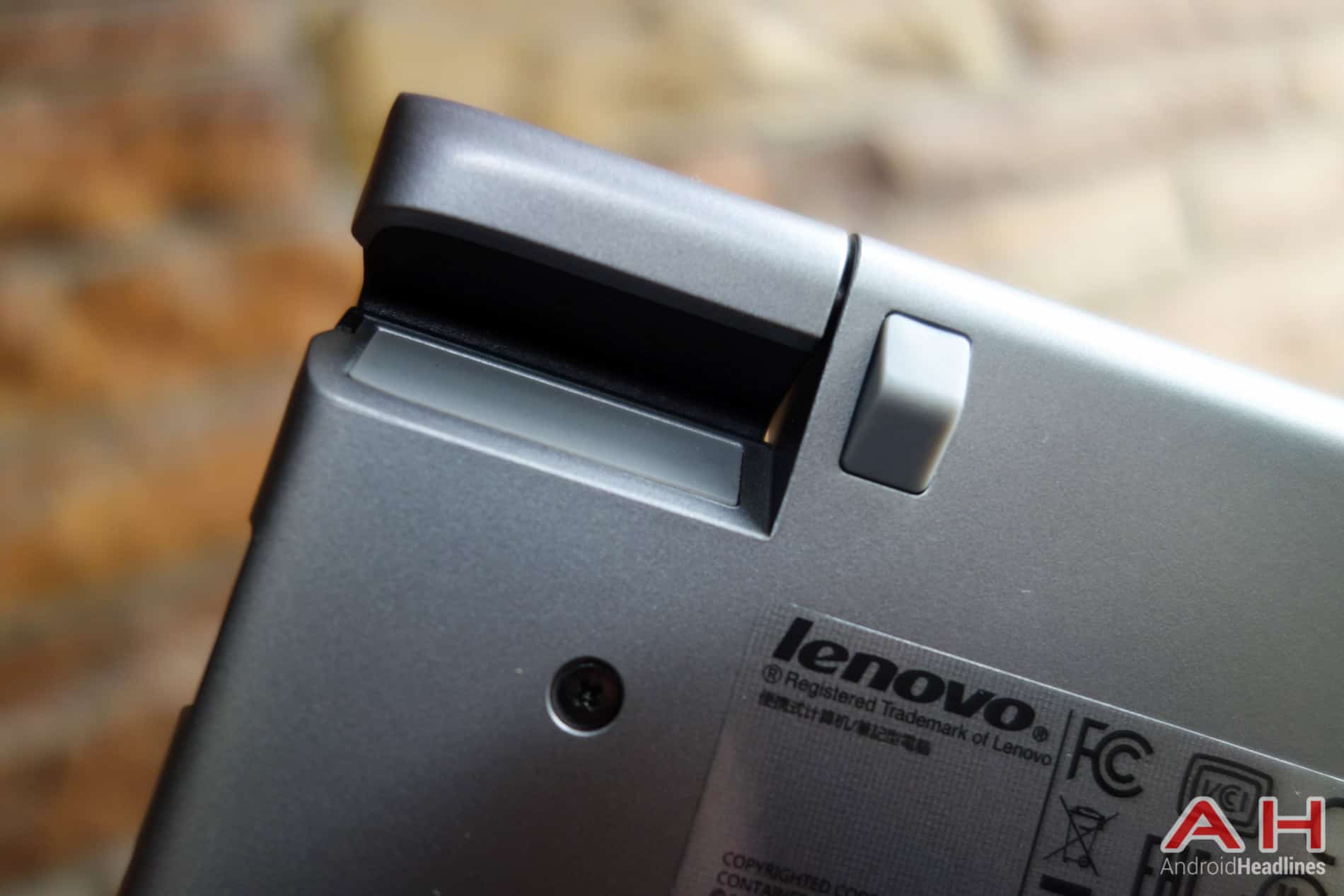 As far as the hardware goes, it’s about what you’d expect from Lenovo. Especially if you’ve used their IdeaPad’s before or any of their other laptops. It’t a bit thicker than say the Acer C720 line of Chromebooks, but I do believe that part of that is due to the hinge, for Stand Mode as well as the touchscreen that they’ve outfitted this Chromebook with. So with it closed, it is a bit thicker, but that’s not really a big deal, in my opinion. It still feels like a really solid Chromebook, and one I’d definitely pick up. 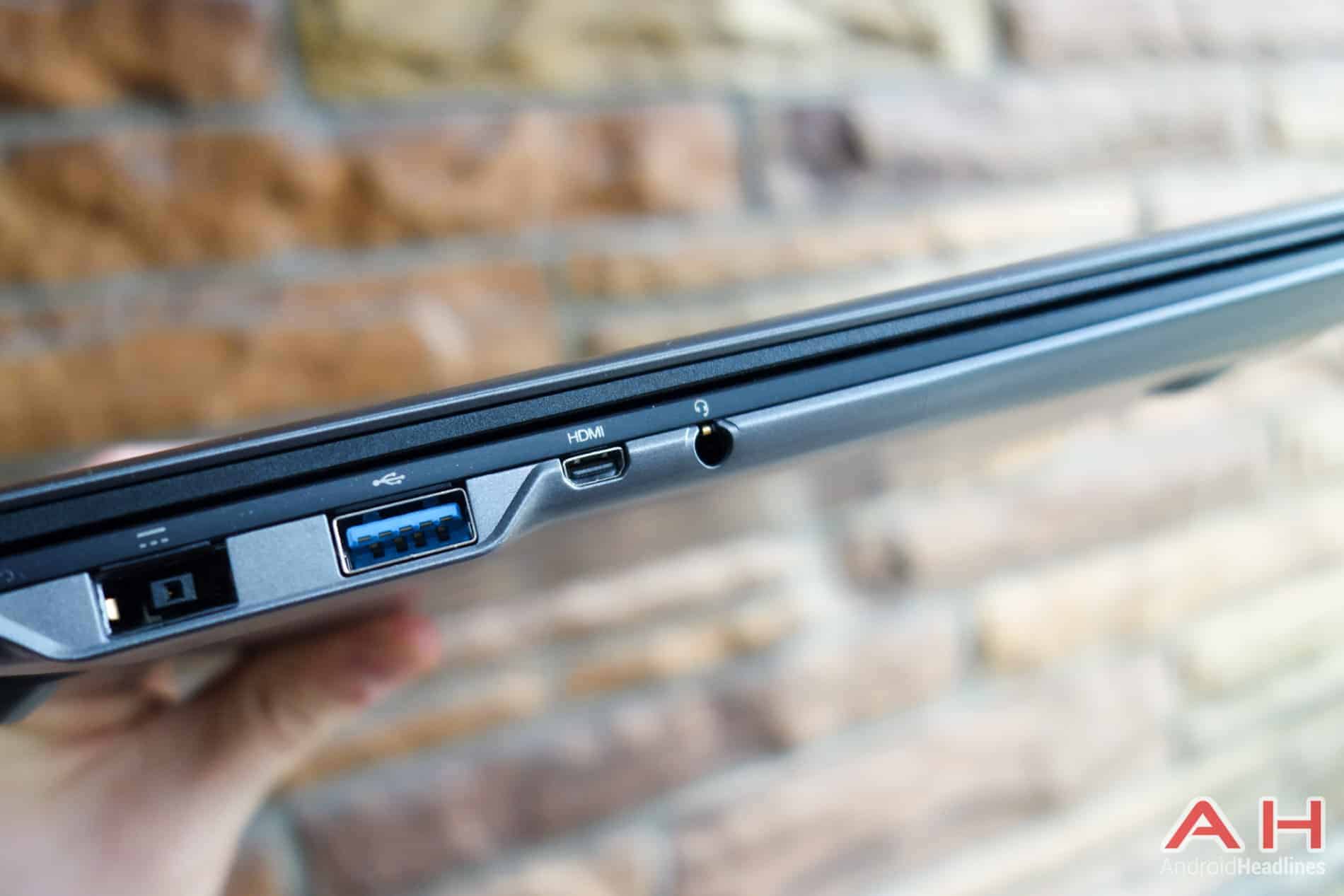 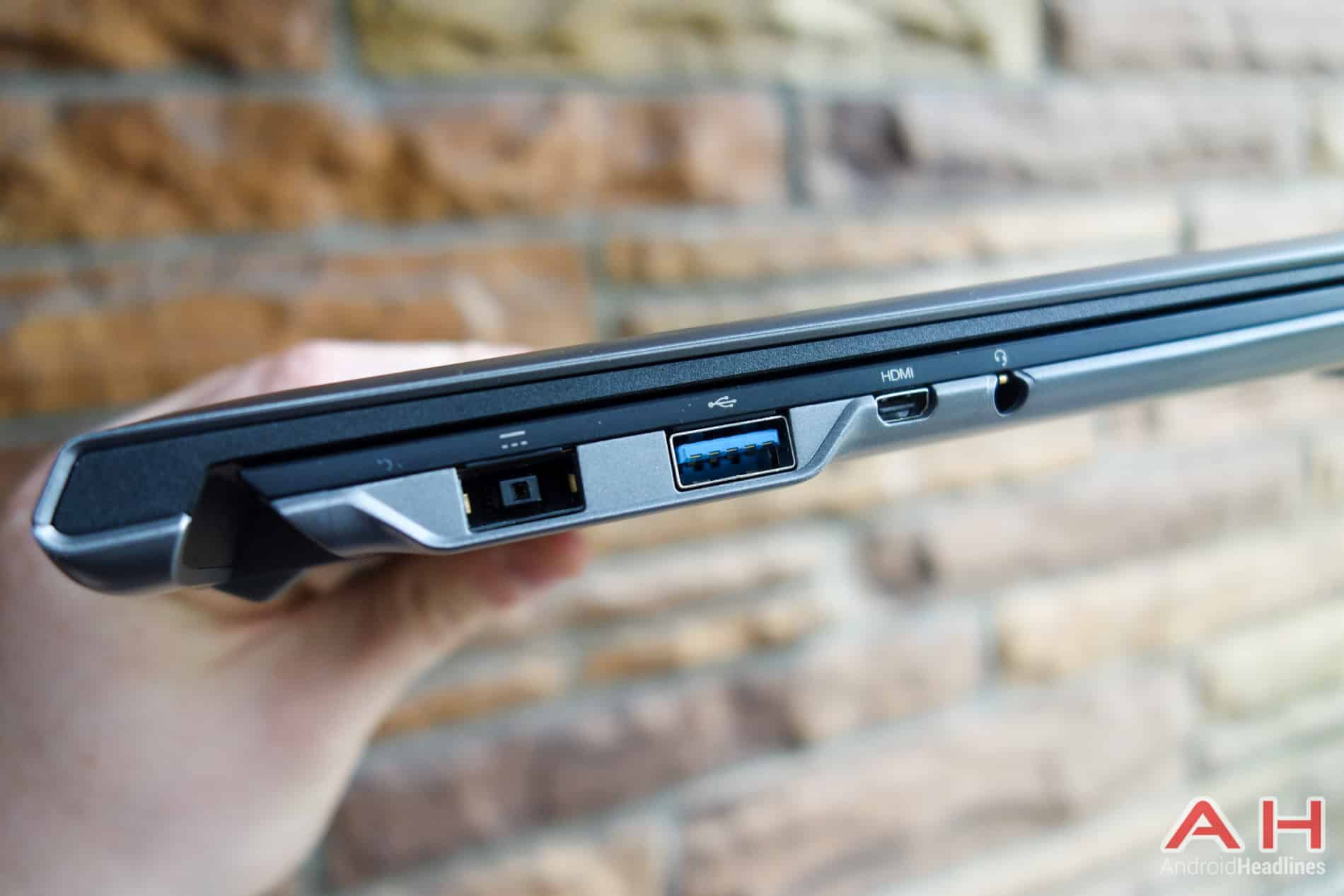 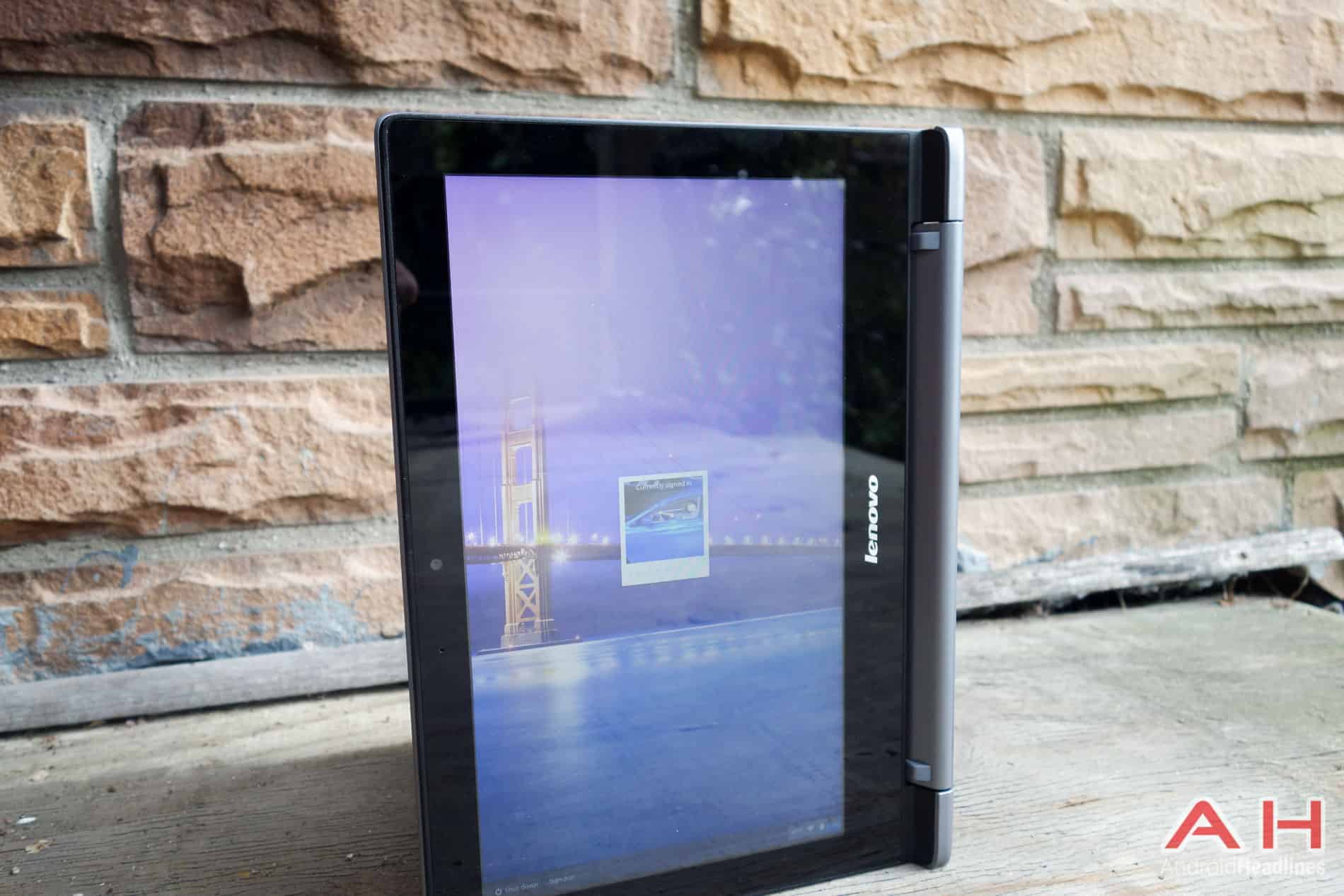 So what exactly is stand mode? Well it basically means you can flip over the screen so it’s almost like having a Chrome OS tablet with its own stand. Remember it is a touch-screen Chromebook, so that it can very easily be a tablet. It’s a neat feature that I’ve really only used when sitting on the couch watching TV, and stuff like that. But when sitting at my desk, I stick to using it in the regular mode, like a regular laptop, or Chromebook in this case. 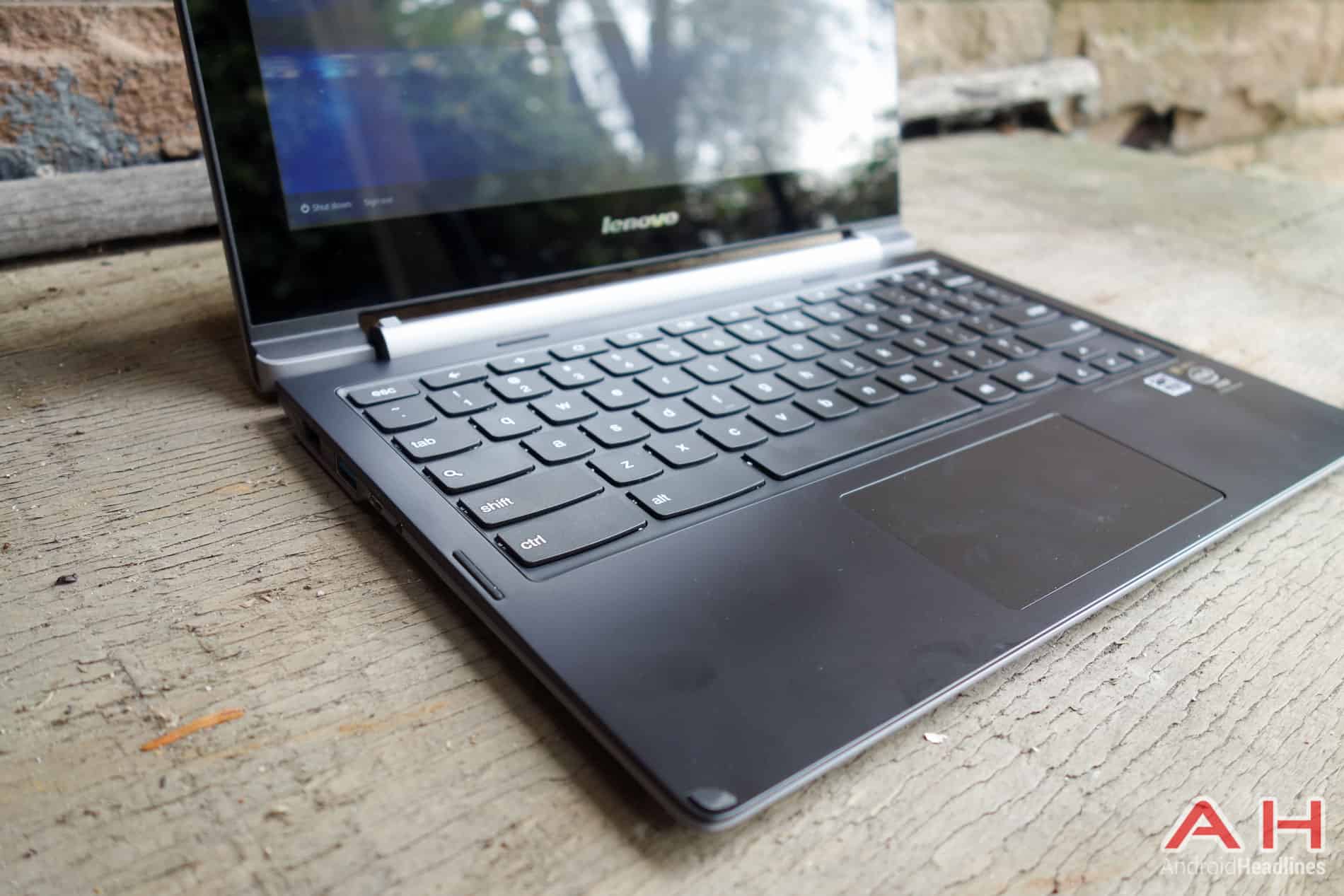 We’ve got an 11.6-inch 1366×768 resolution display here. It’s not the best looking display, but it’s not terrible either. While I’d love to see more manufacturers putting in 1080p screens into their Chromebooks, at 11.6-inches, it’s not so bad. Now a 13.3 or 14 inch Chromebook, that’s where it starts to get a bit bad. The touch input of the display is really good, and so is the color accuracy. As far as brightness goes, it gets pretty bright. In fact, I usually leave it at about half brightness so it doesn’t hurt my eyes. But that’s also indoors.

Well as you can see from the screenshot above, it says it has about 10 hours of battery left. Now it’s not quite that good. But for writing and such, which is what I do all day long, it’ll last about 9+ hours. So it’s still pretty close to being correct. It’s much better than most Windows laptops, but then again this is really only running Chrome while Windows laptops are running everything including Chrome. So if you’re worried about battery life, don’t be, on the Lenovo N20p. 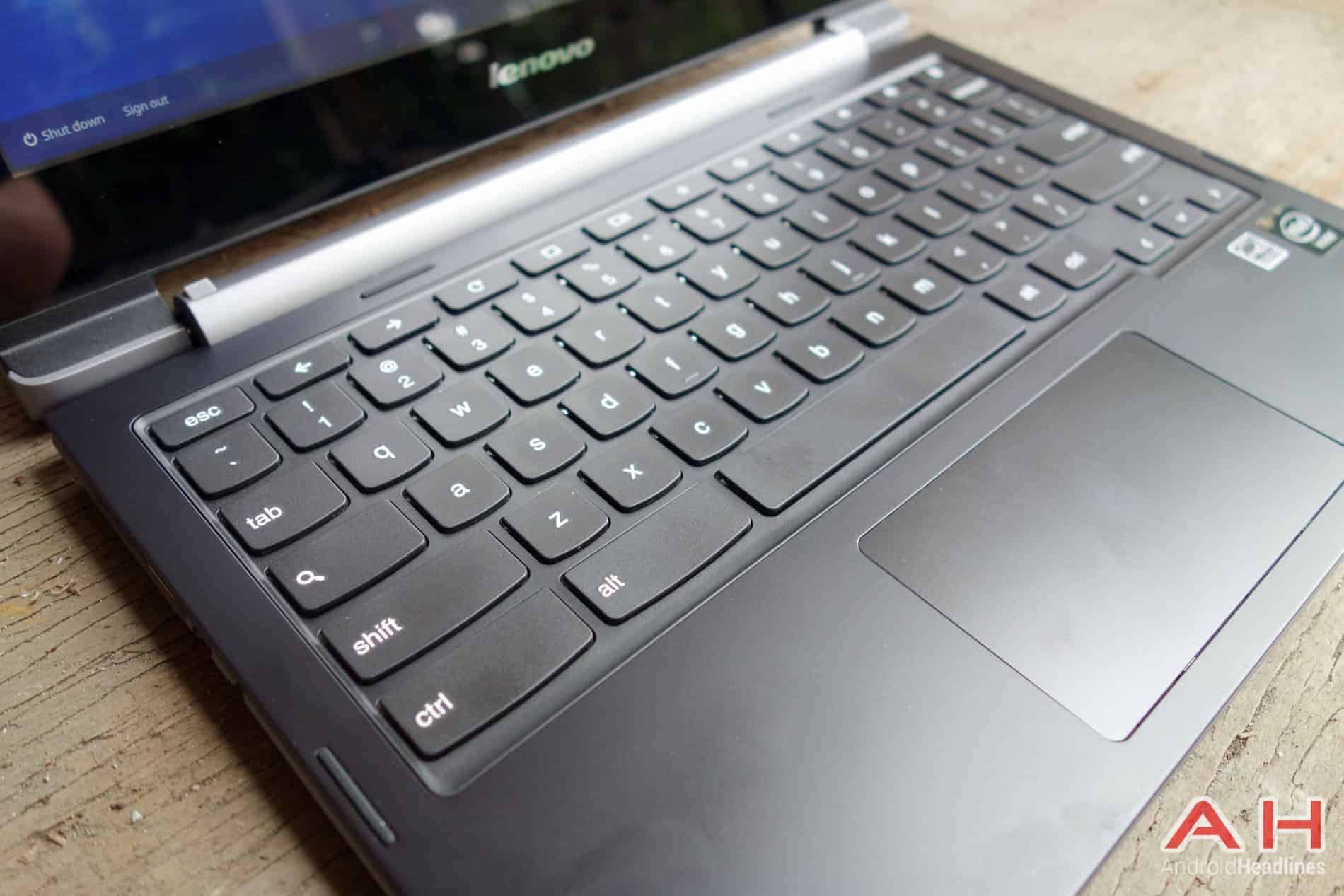 I mentioned this in the hardware section above, but the keyboard is a bit different. The button that is usually a power button, is actually  a lock button (think Ctrl + L on Windows). Otherwise, the keys are in all the same places they are normally in. Although there is something different about this keyboard, that I just can’t put my finger on. I think it might be that the keys are a bit smaller than other Chromebooks this size. But it’s hard to tell.

The trackpad is pretty good as well. And I’ve had issues with Lenovo’s trackpads in the past, so this is a good thing. I haven’t had any issues using this trackpad daily for the last two weeks, at all. 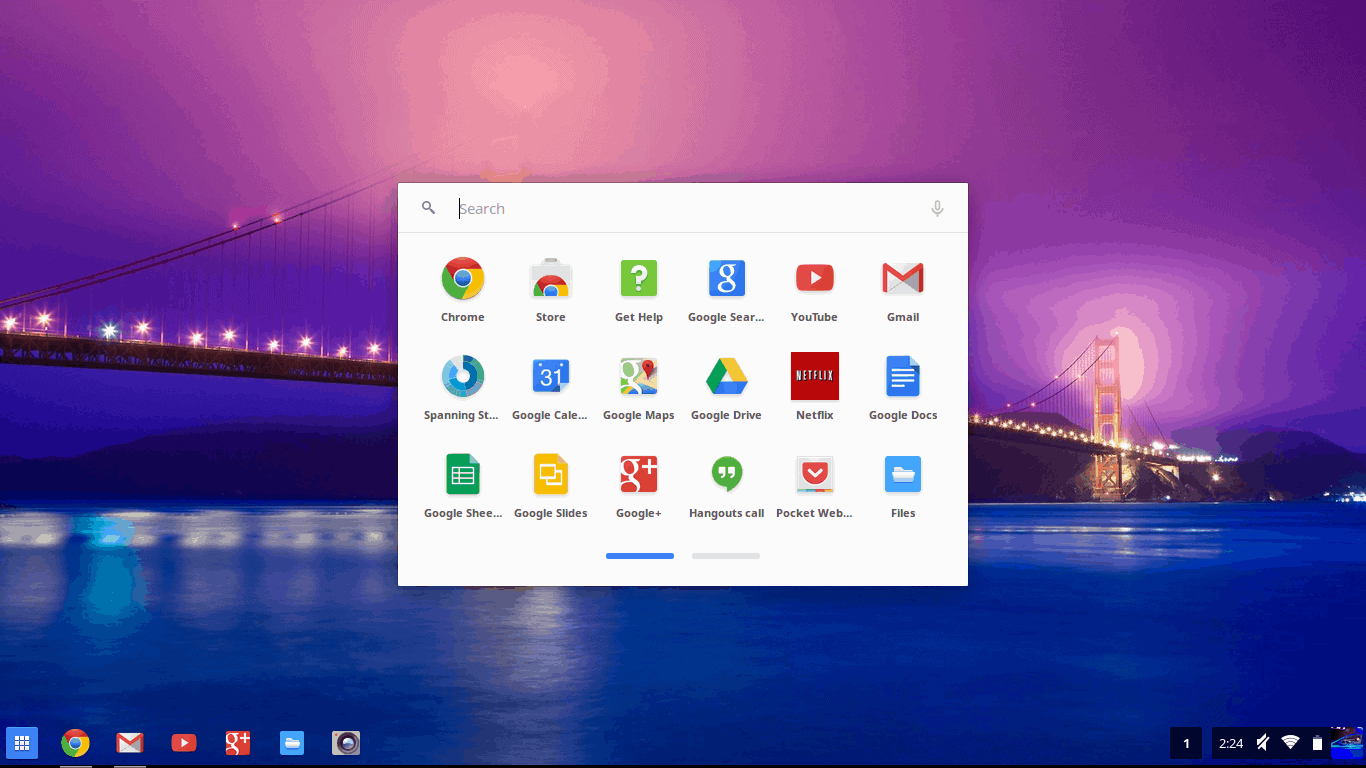 We’ve reviewed probably about 10 Chromebooks in the past year or so. And needless to say the software really hasn’t changed much. I’ve been using it in “Stable” instead of switching to Beta or Developer. That way it’s a fair review. But everything you love about Chrome is right here. It seems that local video playback is much better than it used to be, which is great as well.

I always put this TL;DR section at the bottom because I know a lot of people just want to know whether they should buy a product, instead of reading a couple thousand word review. So should you buy the Lenovo N20p Chromebook, given all the other choices out there? Well that’s a tough one. It’s a great Chromebook, but I’m not really sold on a touch screen Chromebook just yet. If you really want a touch screen, this is probably the best choice out there. But if you want something with plenty of power, you’ll want something with at least 4GB of RAM. That said, this is a great first try from Lenovo and I can’t wait to see what else they do in the near future!