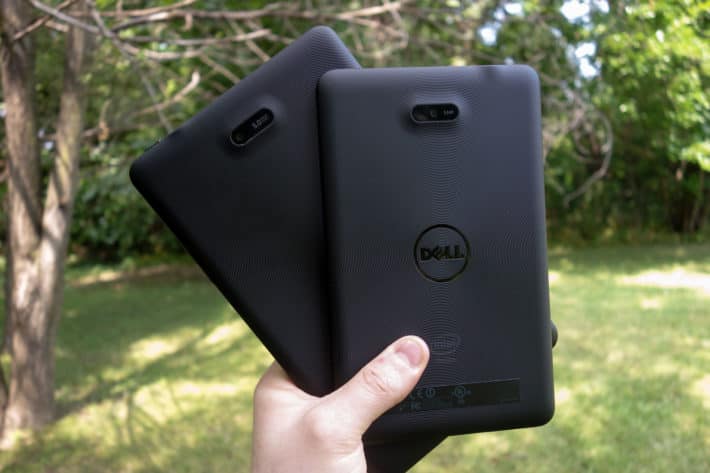 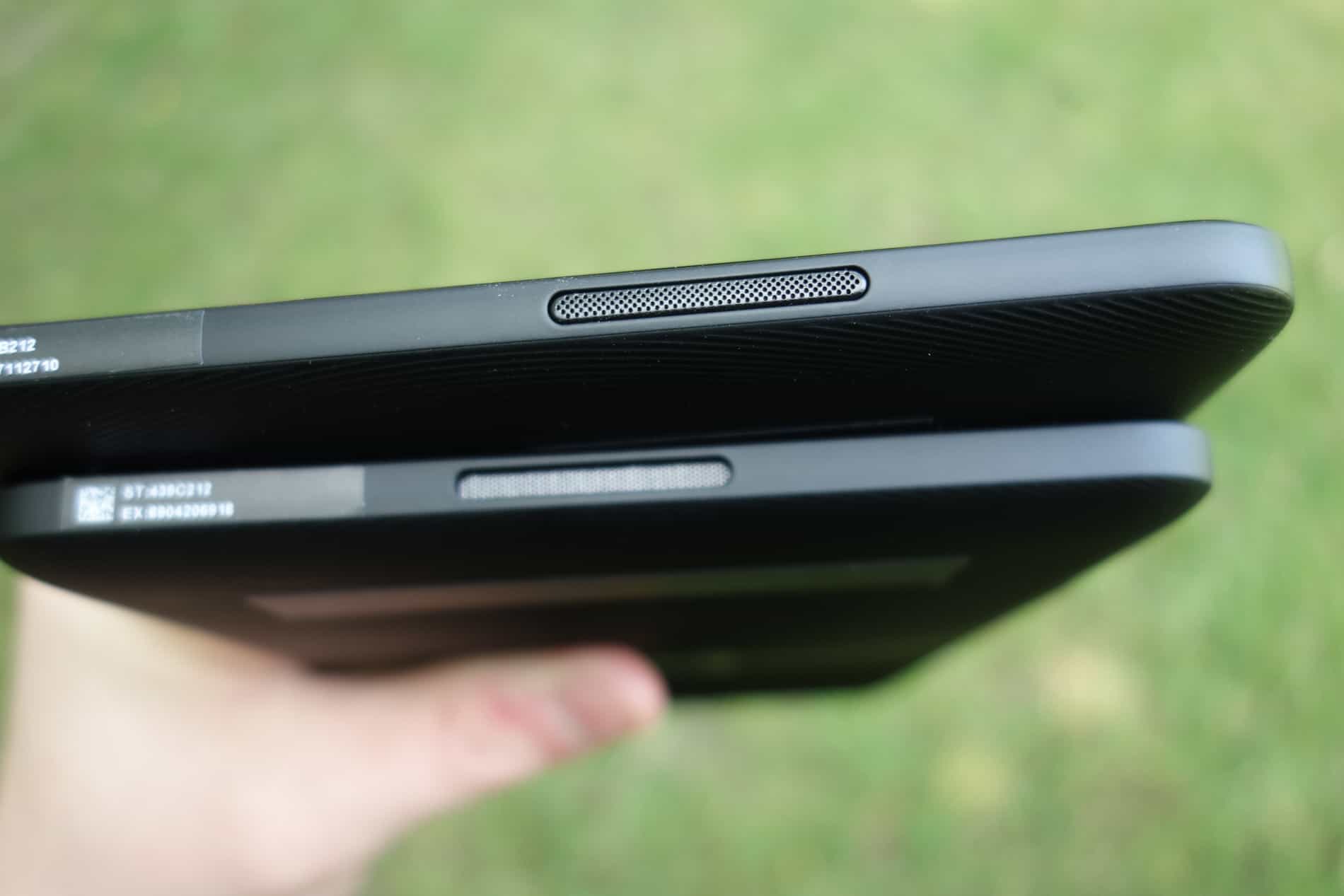 As far as the build quality of the Venue 7 and 8 go, I actually really like it. They are made of plastic, but it’s polycarbonate. Which means it’s not a fingerprint magnet, and that’s a big deal to me at least. Additionally the back is pretty rigid. Going around to the front, the screen is raised a bit like on the OnePlus One, and it does feel really nice in the hand. Not as nice as the Nexus 7 (2013) though. On the front you’ve got your front facing camera, and that’s about it. As far as whats on the sides, it does differ between the two, which is interesting to me. On the Venue 7 we have the power button and 3.5mm headphone jack on either side. On the left side is the microUSB port and volume rocker with the microSD card slot on the right side. Now onto the Venue 8, we have power button and 3.5mm headphone jack together. Then on the right side we have the volume rocker microUSB port and the microSD card slot. Along with a speaker on the bottom for each tablet. Although the one on the Venue 7 is a little bit further in than on the Venue 8. 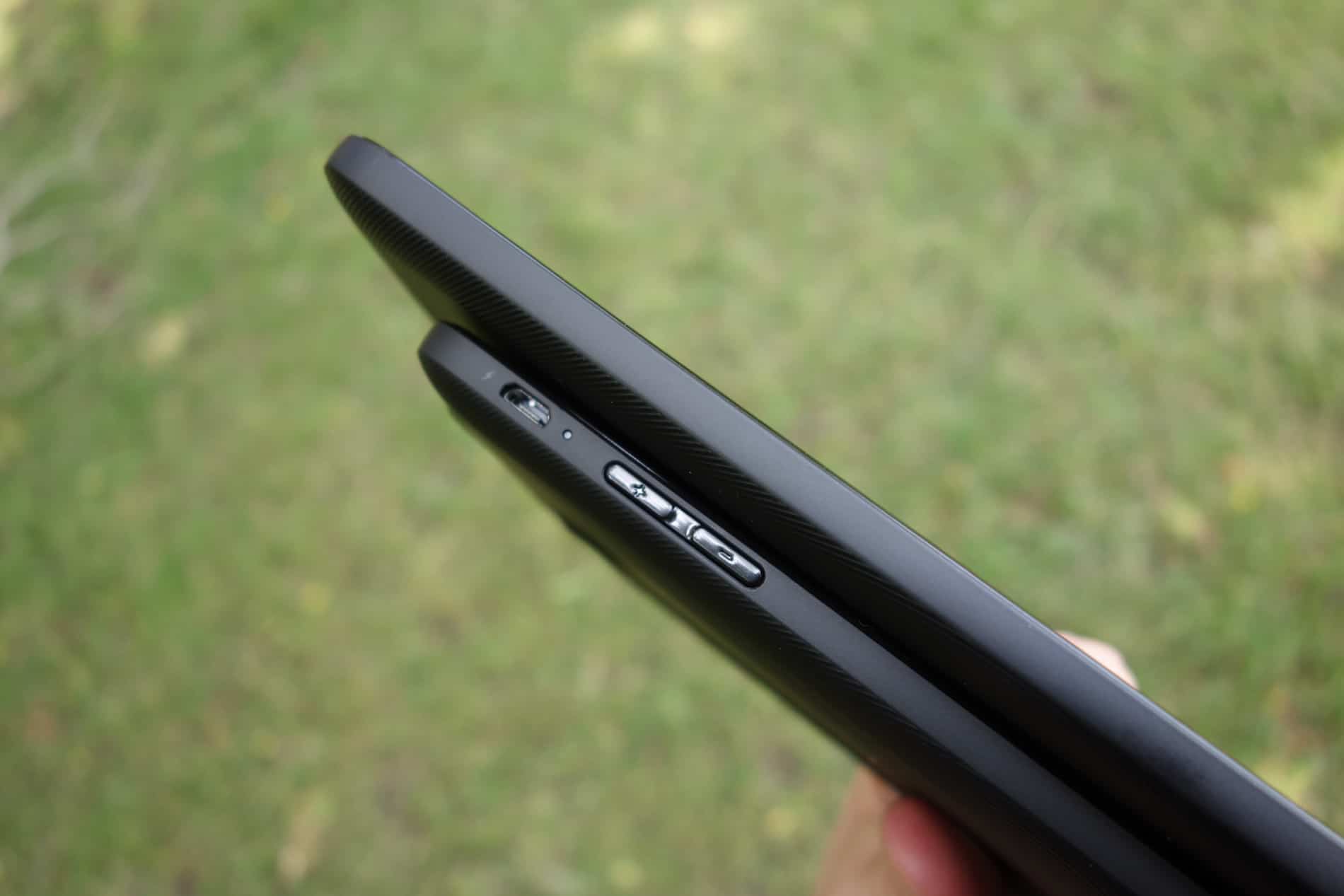 The display on the Venue’s aren’t too bad. The Venue 7 has a 1280×800 resolution display and the Venue 8 has a 1920×1200 resolution display. So they aren’t as high as say the Galaxy TabPRO 8.4, but still plenty of pixels in there to keep most people happy, and they did look pretty good when watching movies and such. 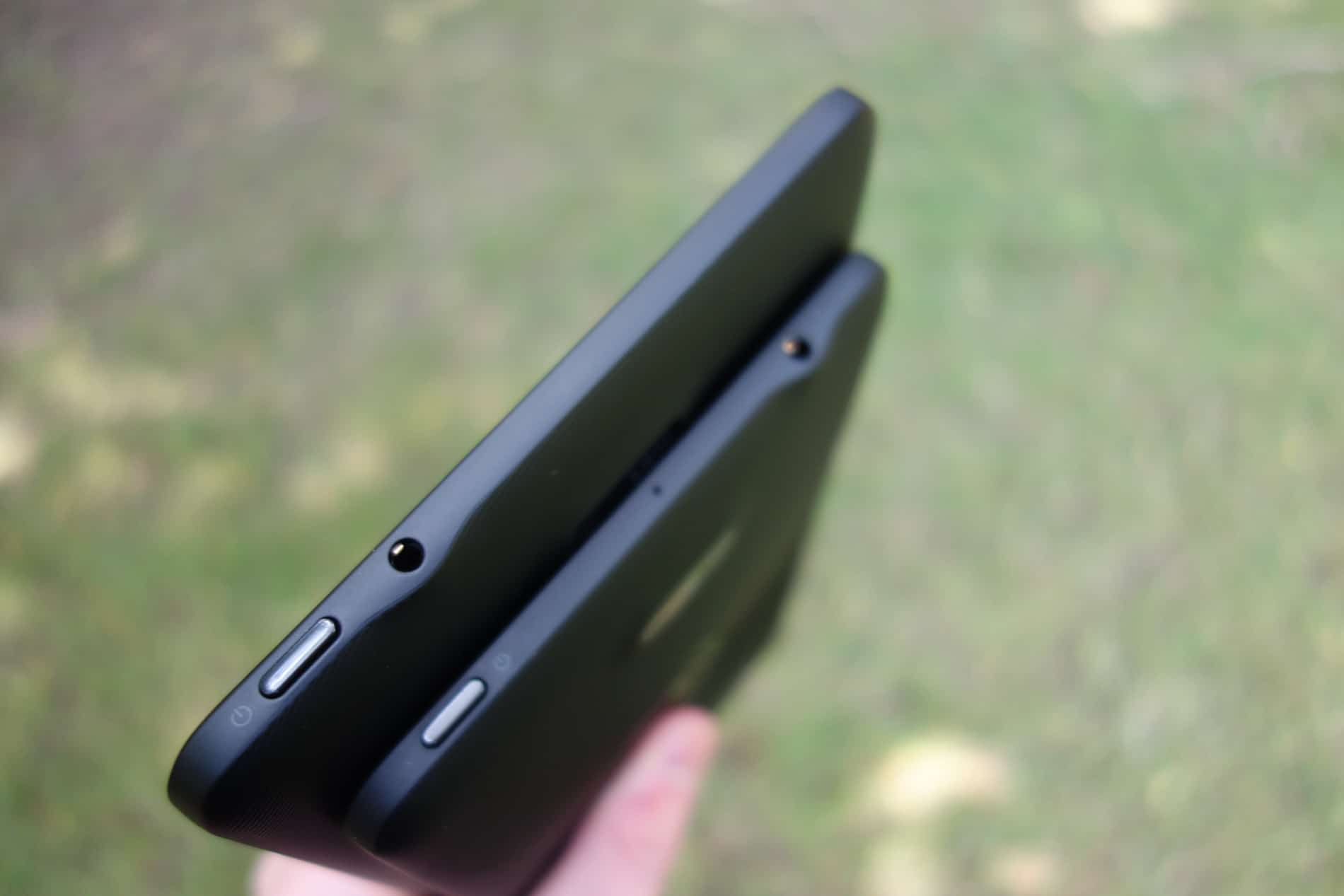 As far as performance goes here, it’s really not that good. There’s plenty of lag here and I’m actually leaning towards it being on the Intel Atom Z2560 processor inside. Mostly because I’ve reviewed a few other tablets with this same processor and had the same performance issues. And with it being stock Android on here, I don’t think it’s the software’s fault. I’ve noticed lag even in the keyboard – for those wondering I’m still using Google’s Keyboard, didn’t switch over to Swiftkey. It’s actually pretty bad, but like I said I believe it is the processor’s fault. 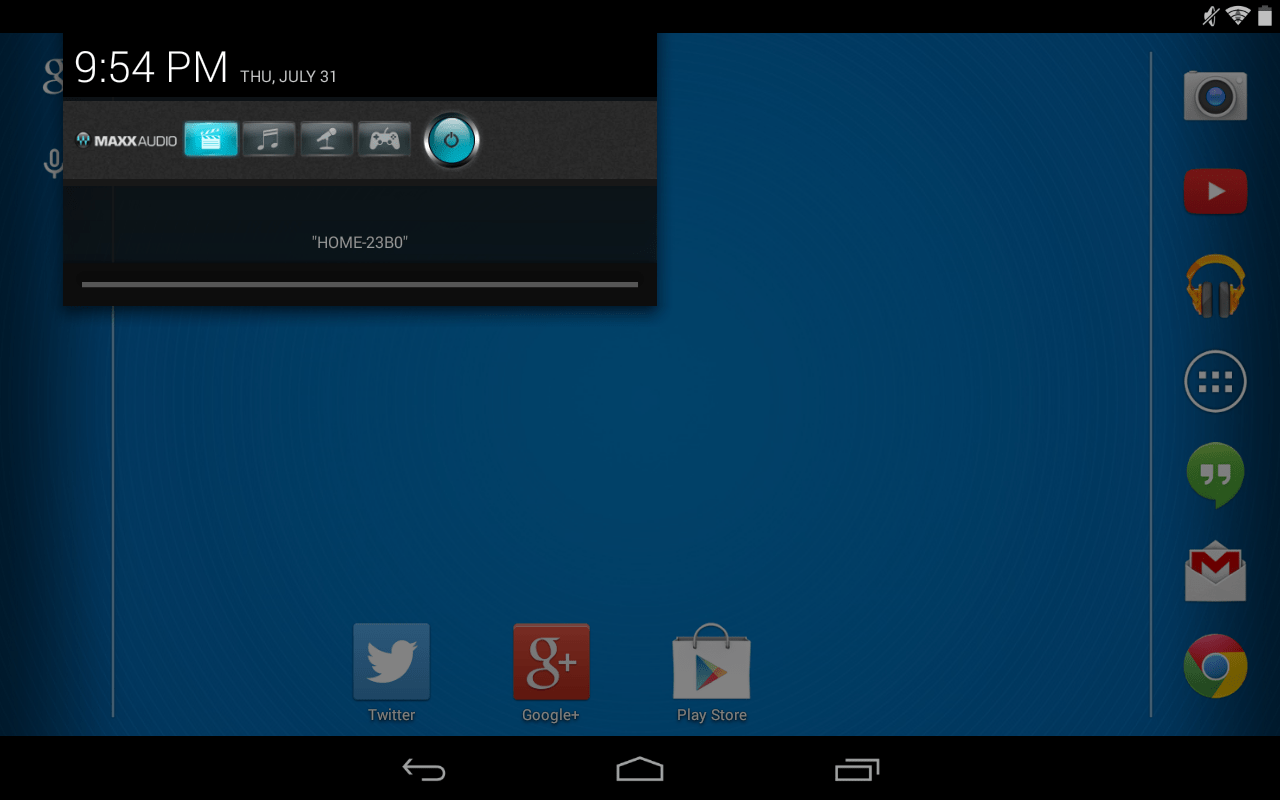 As I mentioned earlier, the Dell Venue’s do run stock Android 4.4.2 KitKat. Which is great, and something we’d expect from a cheap tablet like this. It does have a few additions on here like Maxx Audio in the notification panel, which will change the audio for movies, music, games, etc. You can also turn it off. As far as bloatware goes, we’ve got the Amazon suite of apps including Amazon, Amazon Kindle, Amazon Local, Amazon Music, and the Amazon App store. There’s also Audible, CamCard, Diagnostic Tool, Inside Venue, MaxxAudio, PocketCloud, Polaris Office 5, and Skitch. As far as storage goes, we’ve got about 10GB of storage available out of the box. So it’s not quite as lean as the Nexus is. But still pretty decent. There’s not much else to talk about with the software because it is just stock Android. 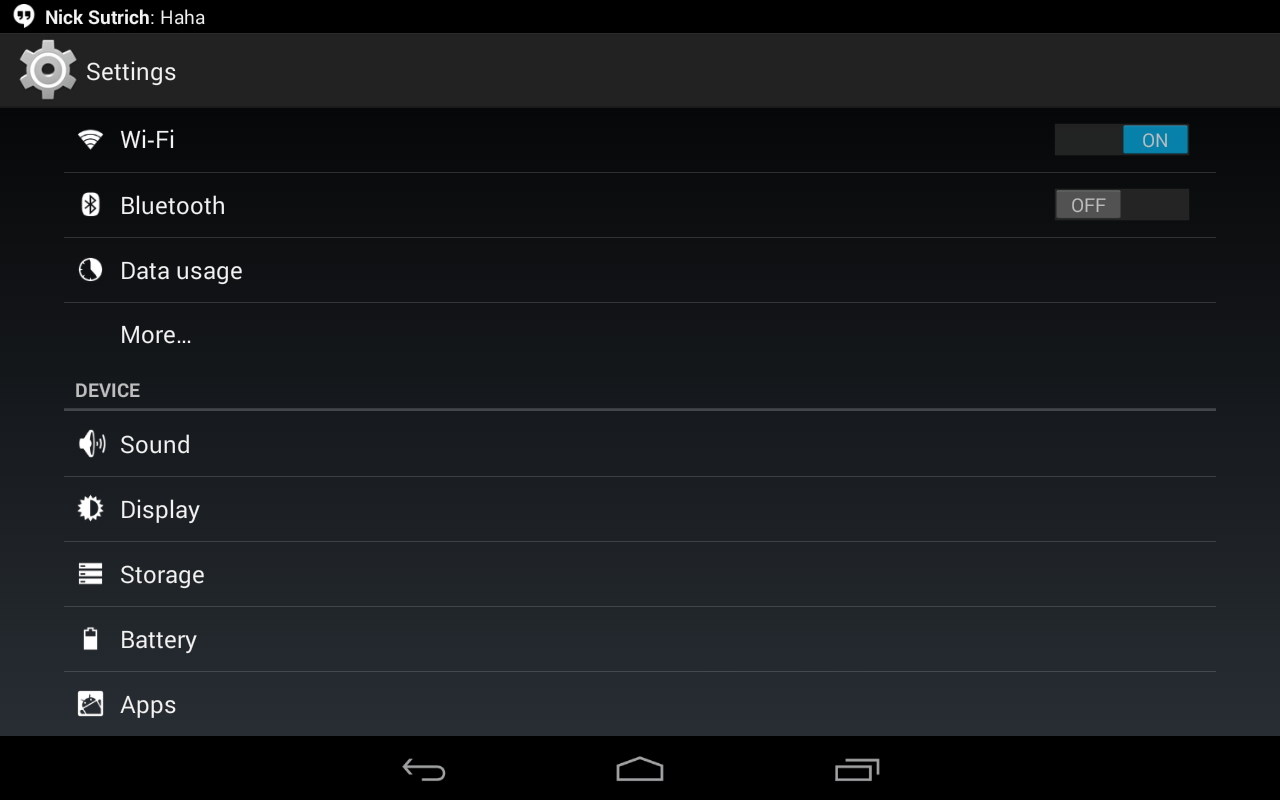 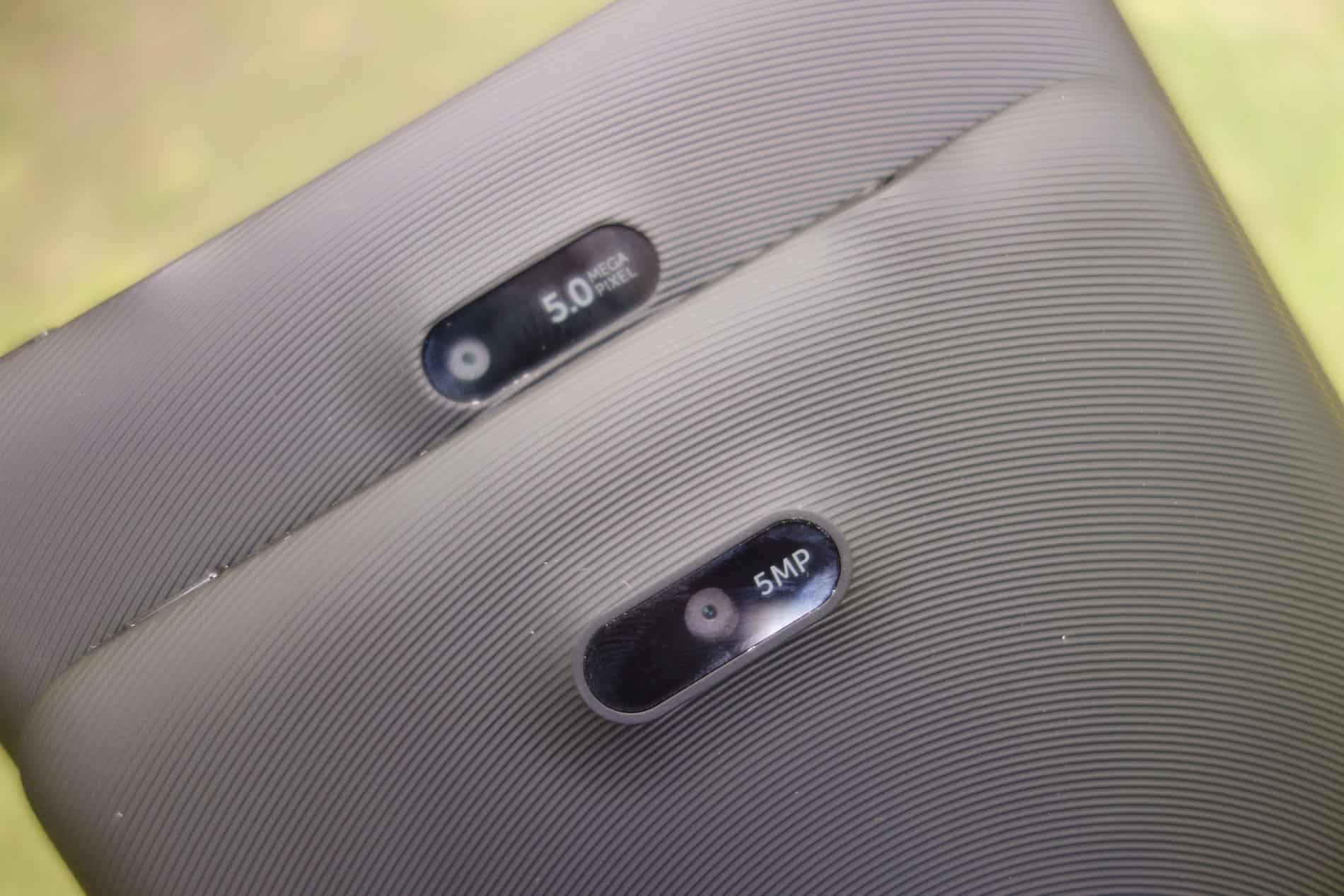 Keep in mind this is a 5MP camera on the back of a tablet. So you likely won’t use it that often. But for those interested, you can check out the images below. All taken with the Dell Venue tablets. 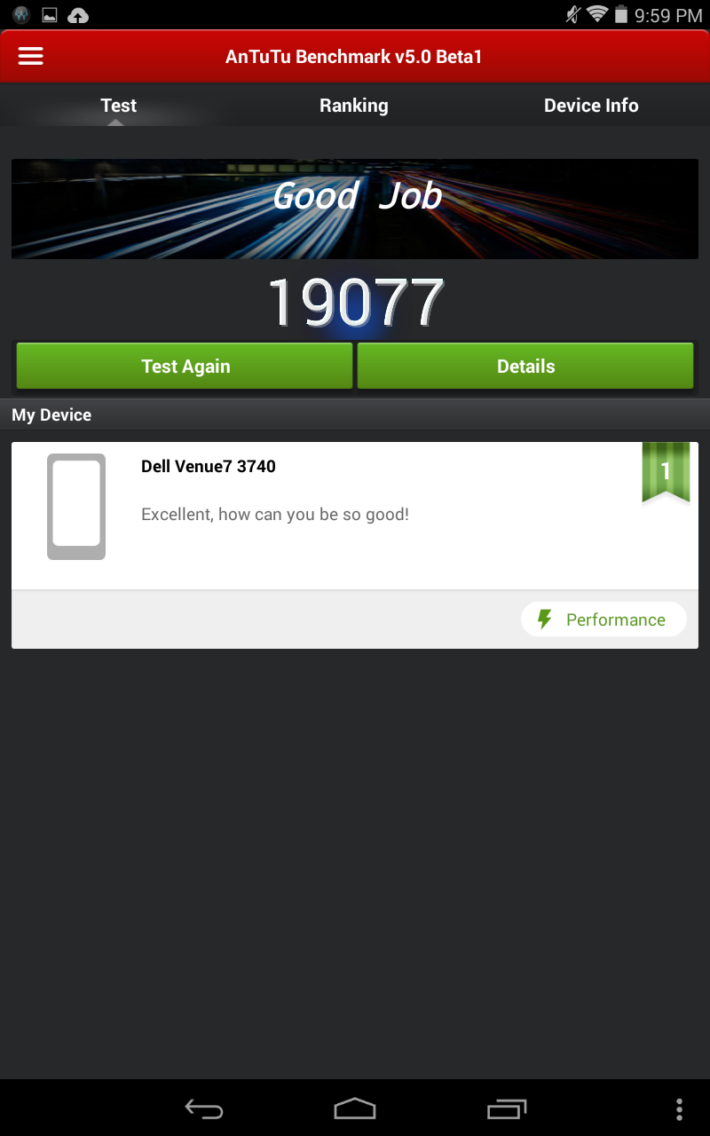 As usual, we tested the Venue 7 and 8 with AnTuTu X benchmark. Which is meant to get around the “cheating” in benchmark testing. You can see those above. 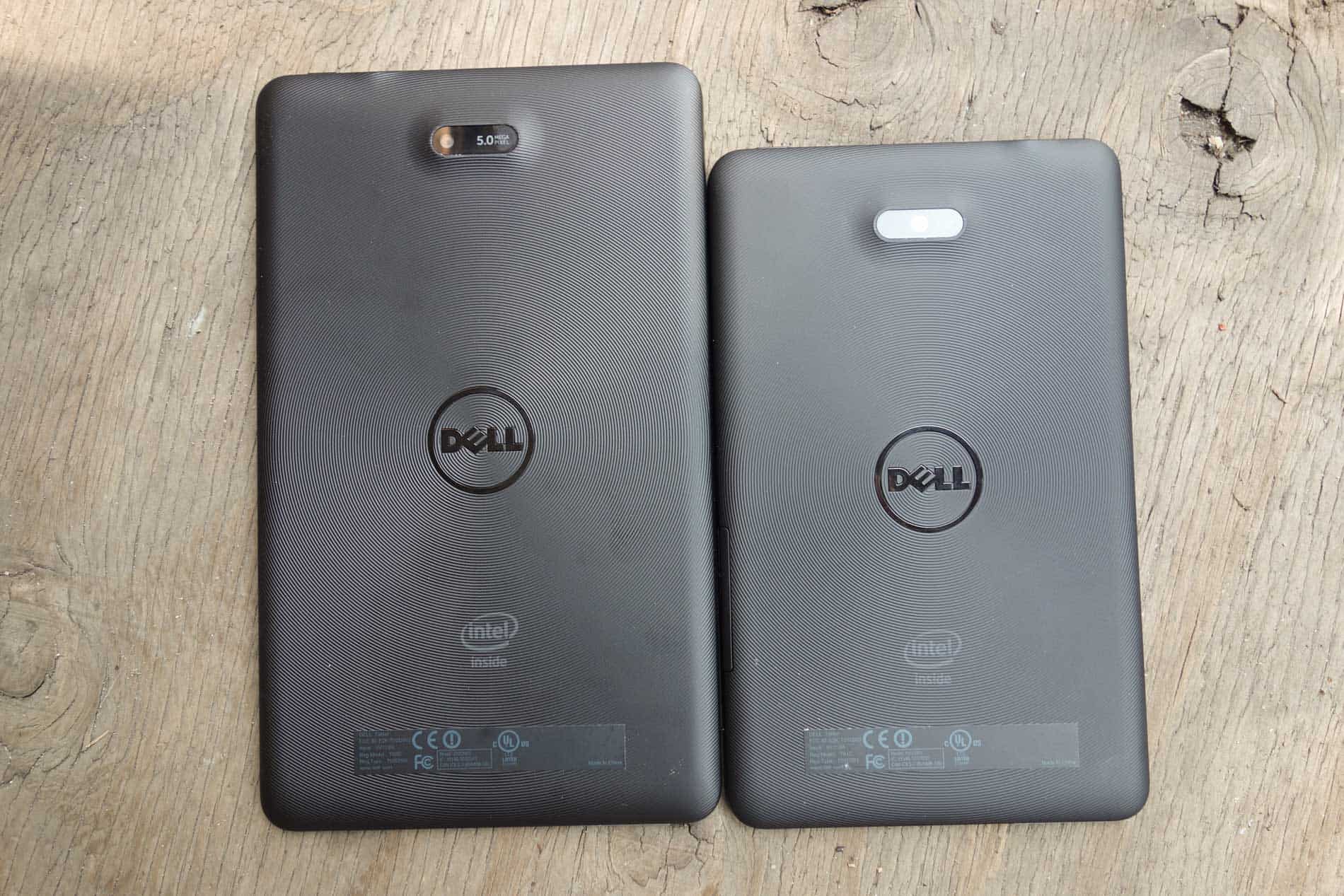