Lately, we’ve grown an interest in BLU and their smartphones. Why? Well there’s a couple of reasons. They are offering cheap, unlocked Android phones that are actually pretty good. They are also an US  manufacturer, and it’s always good to support US companies. We are actually taking a first look at their low-end models. Typically they send us the high-end stuff like the BLU Life Pure, Life Pure Mini and Life Pure XL, which we were quite amazed by, especially when looking at the price. Now we are looking at the BLU Studio 5.0C HD, which as you probably guessed, has a 5-inch display, and a few other low-end specs. But the big thing here is that it only costs $149, therefore undercutting Motorola’s Moto G (as the specs are almost identical to the Moto G). So we’ll have to see how well the Studio 5.0C HD stacks up to the Moto G in terms of performance and price. 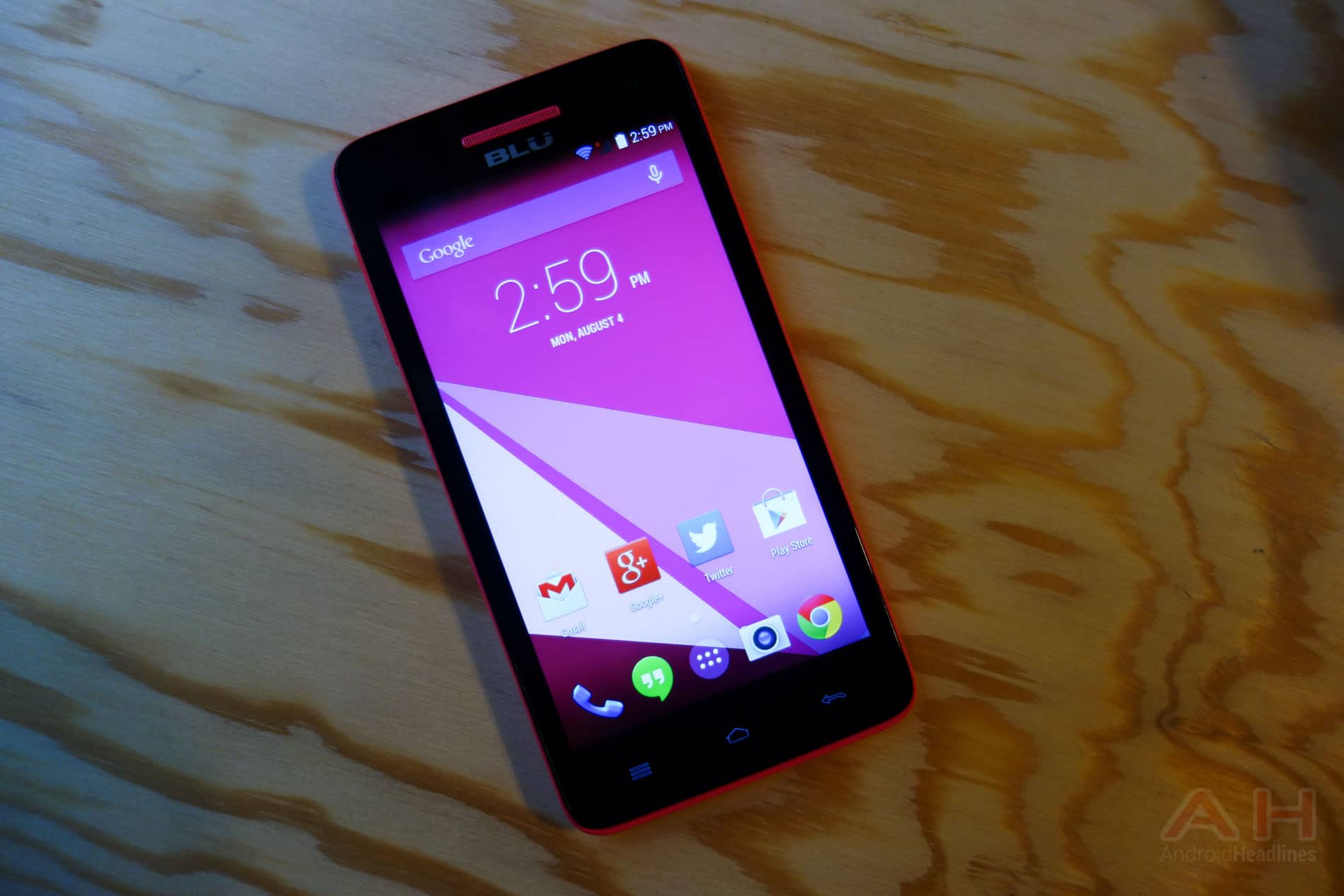 The hardware on the BLU Studio 5.0C HD reminds me a lot of the HTC One X from 2012. We’ve got a polycarbonate shell with the screen being raised a bit. The Studio 5.0C HD is available in six colors – Black, Blue, Orange, Pink, White and Yellow – and this one is the bright pink. While I’m not a big fan of pink, it is nice and bright and does look good. Another touch to the hardware that I liked is the earpiece on the front, it matches the color of the phone you picked. So in this case, the earpiece is pink and really stands out. Now you may call me crazy, but the Studio 5.0C HD actually feels better in the hand than the Life Pure and Life Pure XL did, but that might just be me. The bezels on here aren’t super small, but they are still adequate, so those worried about the small bezels when you drop your phone, well you won’t need too here.

As far as where everything is, we’ve got the power button on the right side, volume rocker on the left along with a 3.5mm headphone jack and micro USB port up top. The back has your 8MP camera with flash and your speaker. Which actually has a couple of nipples there to raise the phone up. So when you’ve got it sitting on a table and using the speaker, the sound isn’t as muffled. 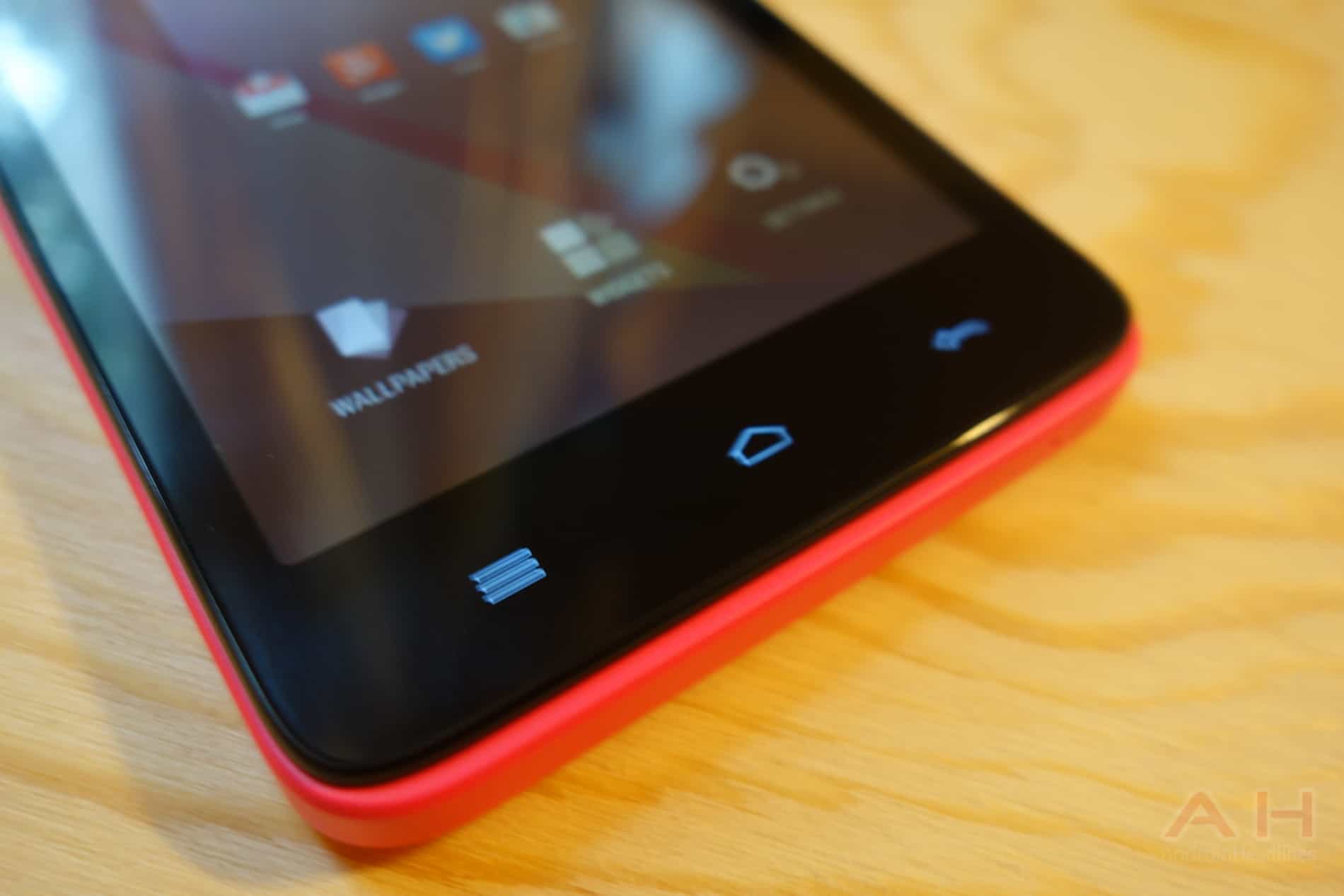 First thing you probably thought when you saw the spec sheet above was “720p display? Wtf is this?” am I right? I think that a lot of the time as well. But with this 5-inch display and it being an IPS display, at actually looks pretty good. Now obviously it’s no competition for my daily driver the LG G3, but it’s still a pretty decent display. And with it being a 720p display, it means you’ll still get some adequate battery out of this thing.

Performance wise, we are looking at a MediaTek MT6582 quad-core processor here along with 1GB of RAM. So it’s not going to blow your mind. But for every day tasks, it’s pretty good. This includes playing some games. It was able to play Asphalt 8 without too much issue. But more graphic intense games will probably have problems. But that’s kinda expected with this processor and amount of RAM. 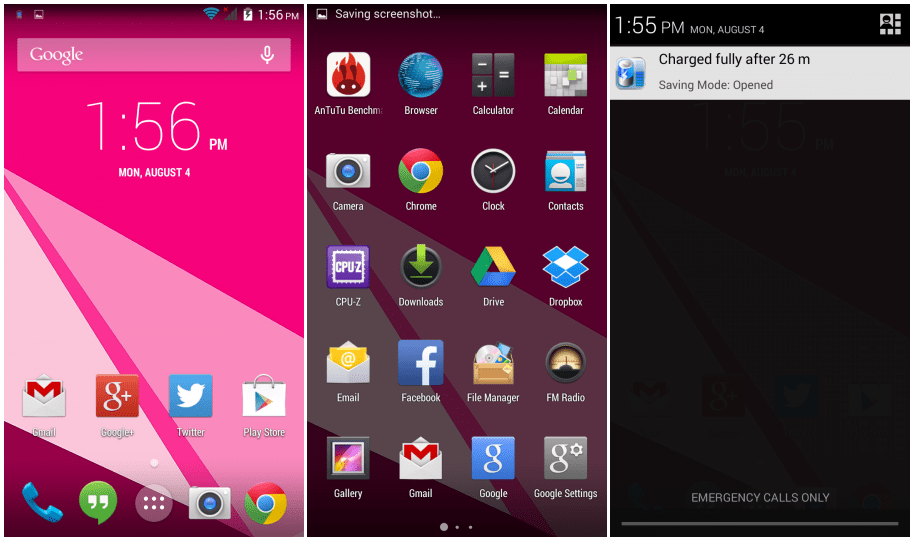 There’s really not a whole lot to talk about here with the software on the BLU Studio 5.0C HD. As it is stock Android 4.4.2 KitKat. That’s actually probably the best part about this phone. It’s $149 and it runs Android 4.4.2 KitKat out of the box. Not many phones at that price point can say that. Now it’s not using the Google Now Launcher out-of-the-box, but that you can install from the Play Store easily. It is running what looks like the Google Now Launcher but without Google Now on the left side of the home screen. Which is really nice.

Now there are a couple of customizations that BLU has made here. One being that there is a persistent notification telling you how long until the battery is fully charged. But once it’s unplugged it goes away, so I can live with that. Another one is SIM management in the Settings, and that’s because this is a dual-SIM device from BLU. Which isn’t too popular in the US, but over in Asia it’s really popular. You’ve also got audio profiles in here, which are similar to the profiles found in CyanogenMod. As well as scheduled power on/off. So you can schedule turning off your phone everyday and turning it back on. Probably not a feature that will get a lot of use, but it is pretty interesting. 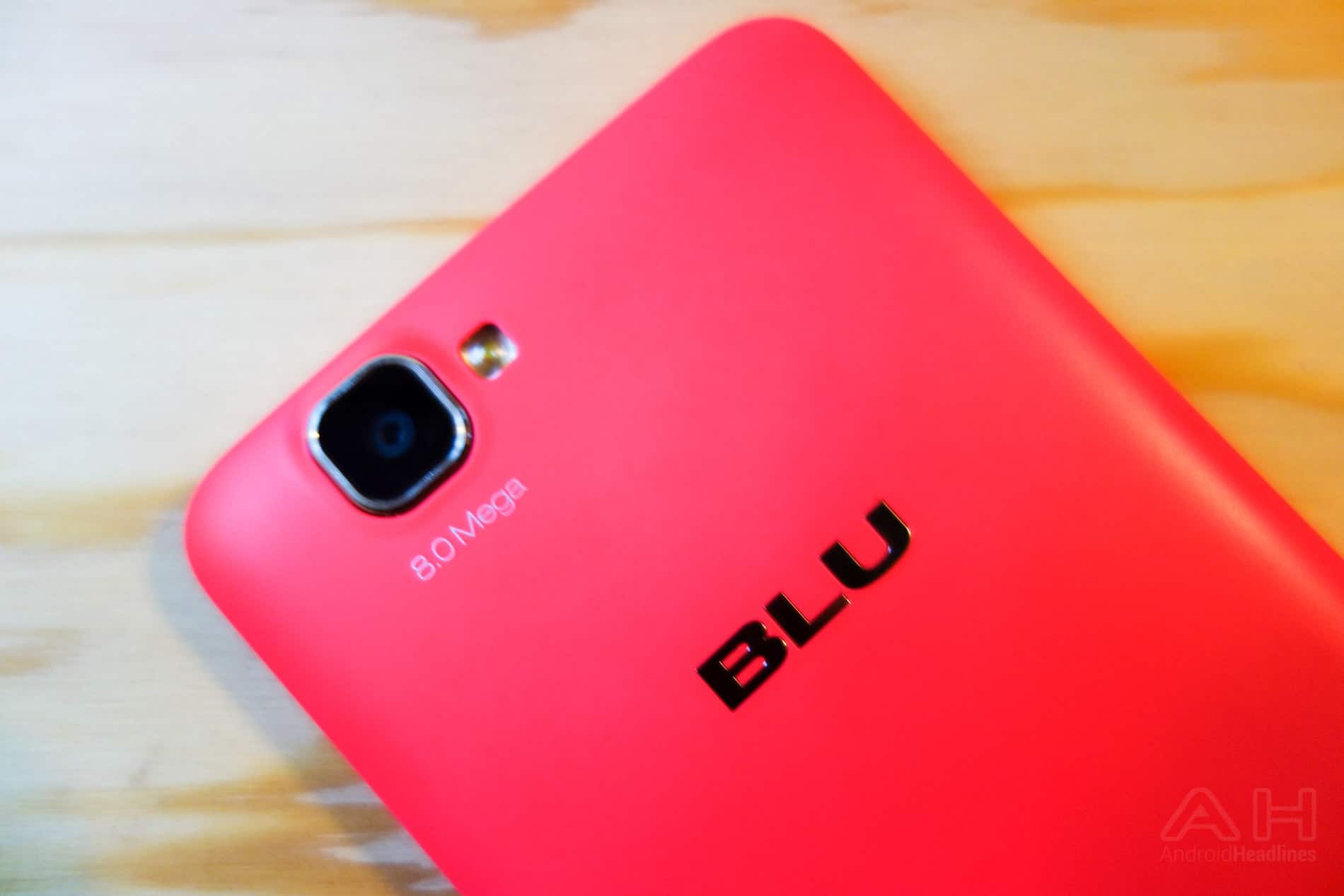 We’re looking at a 8MP camera here on the back. Which does take quite good pictures, especially considering the price of this device. Which you can see all the pictures I’ve taken with this device in the gallery down below. 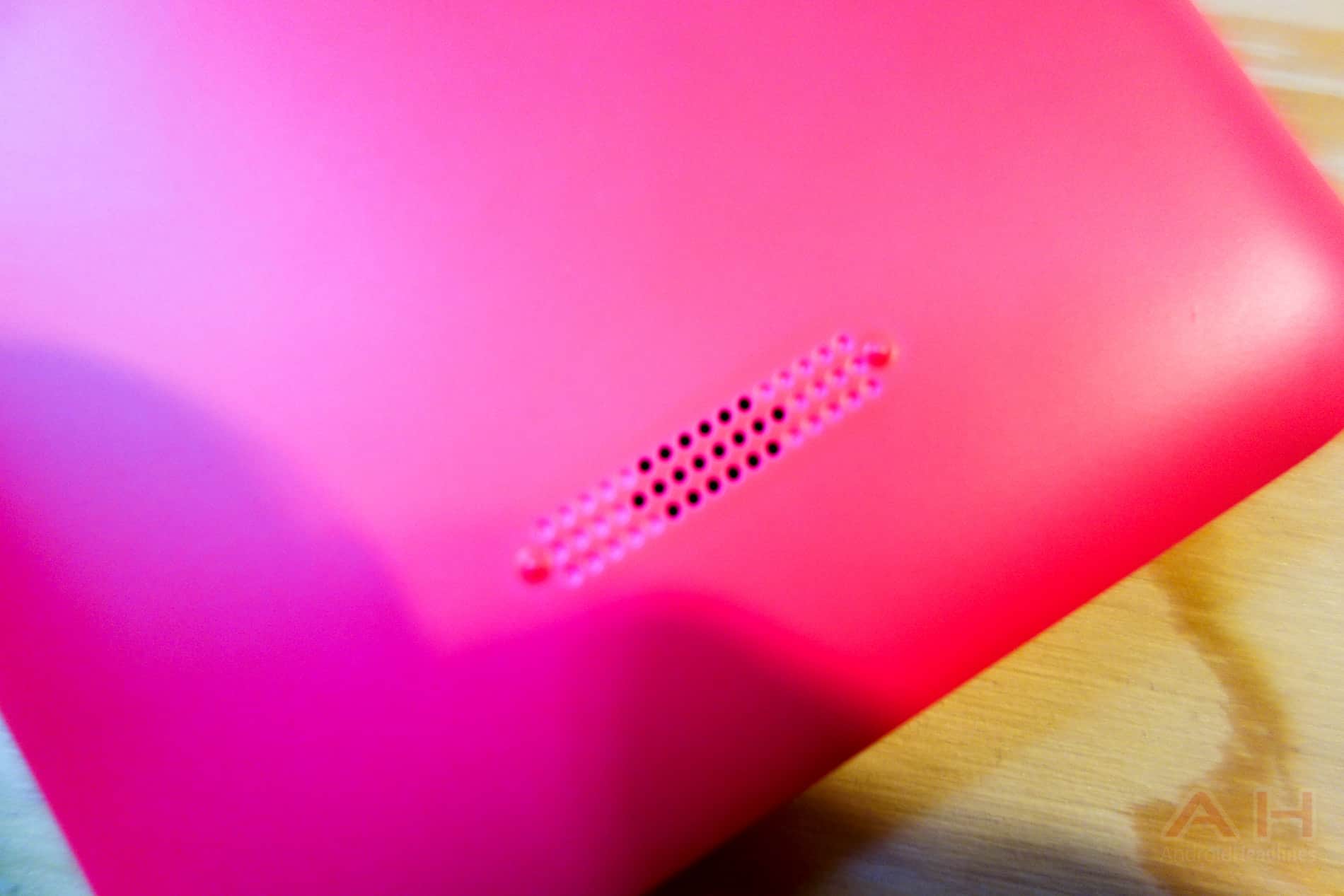 The BLU Studio 5.0C HD definitely gives phones like the Moto G a run for it’s money. There’s just a couple of things that I think is keeping BLU from really outselling the likes of the Moto G. Obviously BLU doesn’t have the carrier connections that Moto G has to get it on every carrier. But this is also a GSM phone, which isn’t completely bad, but that rules out Sprint and Verizon users buying it. The other thing is LTE. If BLU added LTE for another $50, making this $199, I think they’d definitely have a real winner. As well as adding some more internal storage on here.