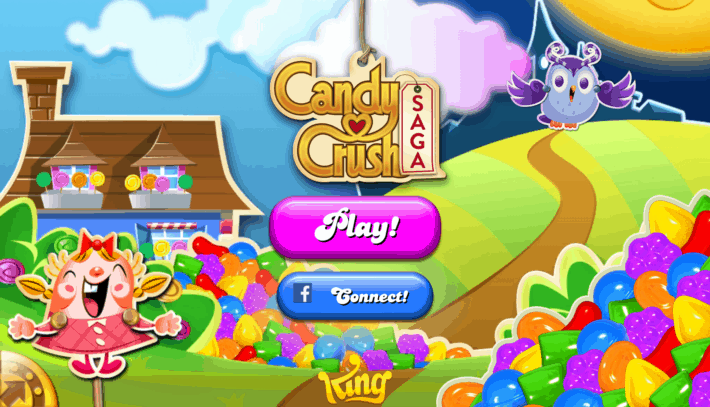 In answer to the title, no, Candy Crush Saga has not been overtaken, at least not yet. However, casual games such as Kim Kardashian: Hollywood are posing a greater threat to its well-being than ever before. The owner of Candy Crush Saga (CSS) – King Digital, posted their second quarter results this week, and while the company reported less than expected levels of earnings, they still made a handsome profit. That hasn't stopped the banks from being disappointed with their performance though. The fact that they haven't achieved the levels of profit that analysts predicted means that their stock is down from the $22.53 it held on July 2 2014 to today's level of $14.05. Another side effect of this less than expected performance is the downgrading of their stock from a recommended Buy to a Hold by Deutsche Bank and four other analysts. As you can probably guess from the terms, this means that both current and potential investors are recommended to adopt a wait-and-see attitude regarding the trading of King Digital's stock.

King Digital not having achieved their profit targets is down to a variety of factors. The first of which is that Candy Crush Saga just isn't drawing in the same amount of cash it used to, partly due to competitors such as Kim Kardashian: Hollywood that compete for the same demographic. This is shown by the number of paying users falling from 11.9 million in the 1st quarter of 2014 by 12% to 10.4 million in the second quarter. The decrease in paying users was partially compensated through increased expenditure by the people still playing Candy Crush Saga though. King Digital says that their users spent on $19.54 per month on average, an increase of 26% over the 2nd quarter of 2013. Playing CCS is an expensive habit, and perhaps the decline in paying customers is partly down to people realizing they can play other games without such a great outlay of cash.

Another reason is that despite expanding its footprint in both the Google Play store and Apple's App Store, now offering seven games that include both new games and sequels to previous franchises, King Digital haven't been able to make lightning strike twice in the same place. In other words, they haven't been able to produce another smash-hit game in order to maintain growth and profit. On to the nitty-gritty, and King Digital generated $154 million of cash, with $248 million of adjusted EBITDA (Earnings Before Interest, Taxes, Depreciation , and Amortization). This has enabled King Digital to award a special dividend of $150 million to be split amongst its shareholders. The company expects gross-bookings (how social games companies measure how much people are spending on their games) to further decline in the 3rd quarter of 2014, although they do expect an increase in the last quarter of 2014 compared to the same time last year.

In a nutshell, are the owners of Candy Crush Saga, King Digital in financial strife? Indeed not, at least not while they continue to make wads of cash from their star performer. For the second quarter in a row, they have had three of the top 10 money-making games in the Google Play Store and Apple's App Store in the States. In concentrating on producing a successor to Candy Crush Saga, King Digital are hoping to avoid a slump like the one that Zynga suffered a while back because it was too reliant on Farmville revenues. As for Kim Kardashian, well it seems she's doing pretty well in the casual gaming segment, at least according to this. Are, or were you addicted to Candy Crush Saga? If you still play it, how much do you contribute to King Digital's coffers? If you've moved on, what did you replace it with? Let us know in the comments below or at our Google Plus page.