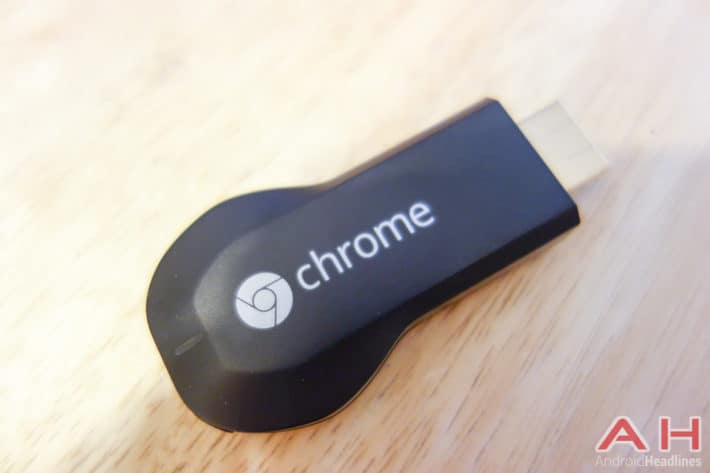 For some time now, Chromecast users have been enjoying Google Music, Rdio, and the ages old (as far as Internet age goes) Pandora music streaming services, and it looks like soon they’ll be enjoying yet another music streaming service. The popular music service, Grooveshark, has announced it has released a mobile app that will run on Chromecast. This comes after Google announced its impressive Chromecast usage statistics, amounting to somewhere around 400 million casts in just the first year of its availability.

If you don’t know what Chromecast is, here’s a primer. It’s a small (about 3″ by 1″) device that resembles a hefty USB flash drive and plugs into the HDMI (High Definition Multimedia Interface) port on your television. It requires a power, which can either be supplied by plugging a USB cable with a micro USB adapter on the Chromecast end to a power source plugged into the wall, or simply use an unused USB port on your television or PC to supply the power. Some users have even reported supplying power through the HDMI port. When its all hooked up, connected to your wireless, and you have the software on it configured, you can begin streaming video from various sites like YouTube, Netflix, and others. You can also send any tab from a Chrome browser running on a computer on your network to the Chromecast, thereby displaying it on your television a pretty handy option in some cases. There are many apps on the Google Play Store which can enhance the abilities of Chromecast as well.

Early on, Chromecast experienced the usual set of problems encountered by new devices on the market, mainly due to lack of support for some video players that use Microsoft’s Silverlight, Apple’s Quicktime software, and some others. Since those days, Chromecast has come a long way, and many streaming video providers have expressed eagerness to get on the Chromecast bandwagon, HBO GO among them. However, there is more to do on the Chromecast than binge-watch your favorite shows or movies. With the ability to send any Chrome tab to the television with Chromecast plugged into it, it means the ability to share photos, websites, and anything else Chrome can view with anyone watching the television. So family functions can arrive at a whole new level of comfortability when those pictures long thought to have been deleted from the laptop can come to vivid, HD life for the whole family. This also means the ability to use streaming music services to play music through your home theater system if you happen to have one attached to your television. Services like Google Music have already added apps that play music on the Chromecast and now, with Grooveshark having its own app, its over 20 million users can enjoy the simplicity and fidelity of music on their own systems. Chromecast just keeps getting more attractive.