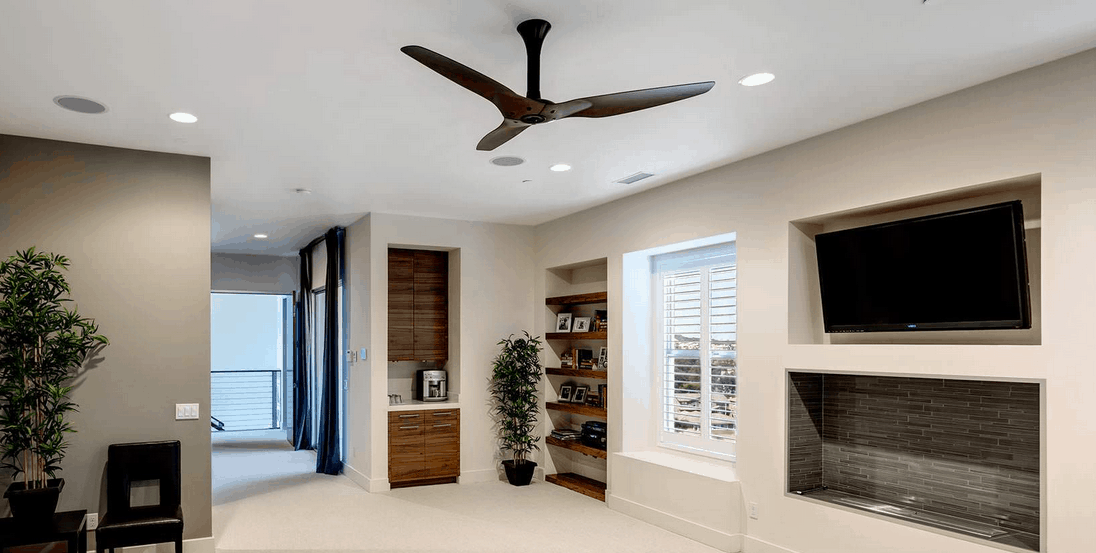 BIG ASS FANS! Short of being extremely fun to describe when people ask about your gorgeous yet seemingly functional new ceiling fans, Big Ass Fans are now also gaining some new capabilities, like the ability hook up with one's Nest Smart Thermostat so that you can keep things cool on a connected level, even if you're not at home. Did we also mention that the companies logo is pretty bad ass? Well, it is and we're rather fond of it. The Nest integration comes near the launch of a new product in the Big Ass Fans lineup called the Haiku, a ceiling fan directed at the residential market(obviously)and the release of a new application called SenseMe that can allow the user to manage and control not only their new Big Ass Fans Haiku ceiling fan, but also the Nest Thermostat in the same application. The app of course is said to only allow the most basic of features, like turning up or turning down the heat.

All this seems to kick off next week when Big Ass Fans launches the Haiku, although the Android compatible application of SenseMe won't be out till sometime later this year, so if you were already looking at one of these as a potential new buy, we'd suggest holding off until you can use the app to control it. Once that time comes however, you may be able to end up saving some money on energy costs, a side effect of using the fan instead of turning on your central cooling and bringing the temperature down that way.

Big Ass Fans states that for every one degree that you turn up the thermostat, you'll save 5% on your in-home energy costs, which is something we'd like to see after months of use in contrast to a year prior during those same months. The degree increase looks to go from 71 to 77 degrees, so turning your thermostat all the way up to 77 even during the summer(which sounds insane we know)would seemingly save you a total of 30% on energy. To account for the changes in heat though, you'd also likely be turning the fan level all the way up to the max. Looking to grab one of these fans? Make sure you have a hefty $1,045 sitting aside just for the occasion.