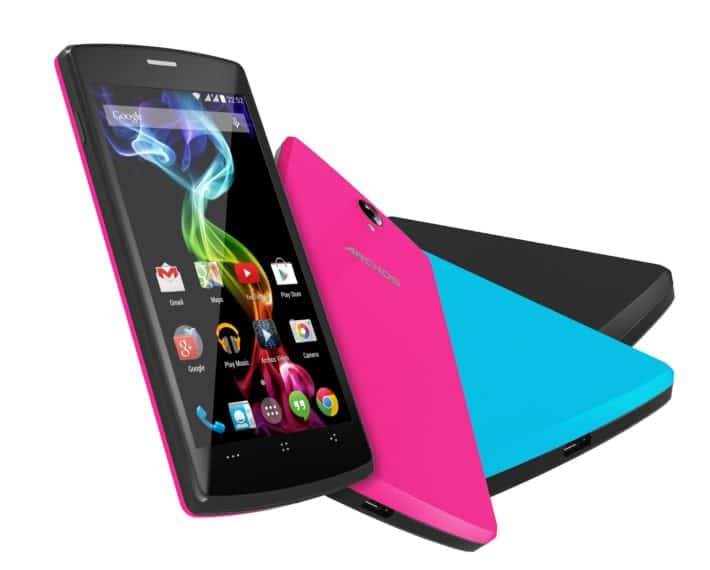 IFA is next week, but that doesn't stop the steady flow of press releases before hand. A lot of companies will announce stuff before IFA, so you can go to the show and get hands on of the devices. We've already seen LG announce a few devices like the LG G3 Stylus, and now Archos has a few devices to announce.

First up is the Archos 50b Platinum for $149 unlocked: "ARCHOS' newest smartphone, the ARCHOS 50b Platinum, offers a balanced mobile experience for only $149.  Powered by a blazing fast Quad Core processor, the smartphone features an ultra-bright 5-inch IPS screen, dual SIM support, full HD video encoding capability, and ultra-precise 8 MP with autofocus back and 2 MP front cameras with integrated LED flash." The Archos 50b Platinum will be available in September.

Finally, we've got some connected items "ARCHOS Music Light – a lamp capable of streaming music via Bluetooth from a smartphone or tablet.  ARCHOS Music Light is compatible with iOS, Android or Windows OS devices and is available now for $49. ARCHOS Music Beany – a plush beany that combines the benefits of a headphone with the style and comfort of a traditional beany.  Similar to the Music Light, it connects via Bluetooth, is compatible with all devices and will be available for $39."

These will all be available later this year and also be on display at IFA 2014 next week. Which officially starts on September 5th, but we've got loads of press conferences on September 3rd and 4th. So make sure you stay tuned to Android Headlines.