What is Aviate and why is it mentioned in the title? For those of you who don’t know, Aviate is an intelligent contextually aware Android launcher which organizes your applications and aggregates your personal and local data. Everything from calendar events to weather forecast information, it even adjusts it according to time of day. Aviate was acquired by Yahoo back in January and it left its beta status three months ago, in June.

Aviate collects a lot of information and it has an interesting side effect or by-product if you wish. This launcher knows what applications you interact with the most, at which time you do it and of course which application you install on your device. Thanks to all that info, Aviate and Yahoo Labs made an infographic which reveals Aviate users’ usage information. The infographic reveals that Aviate users have an average of 95 applications installed on their phones and they use 35 of them (on average) each day. A lot of interesting info can be found in the infographic, though most of it is kind of logical. People use transit apps most between 8am and 5pm, so basically during their work hours when they’re trying to get somewhere and need directions to do it. Weather applications are mostly used in the mornings and evenings, when people plan their activities, whether we’re talking work day or evening plans. Alarm is logically used most in the morning and at night, phone and SMS applications are used most during work hours and so on. There’s more information for you to check in the infographic below.

Yahoo’s Aviate launcher has been downloaded over 1 million times thus far, we don’t know the exact number but Google Play Store says between 1 and 5 million times. That is not a small number, but considering how many people use smartphones these days… you see where I’m going with this. Still, this infographic does contain some interesting information, it actually made me wonder which apps I use most on my phone and when I do it. I have used Aviate, though only for a bit, I might install and use it for a few weeks to see how will it organize my apps. Did you try this launcher out yet? 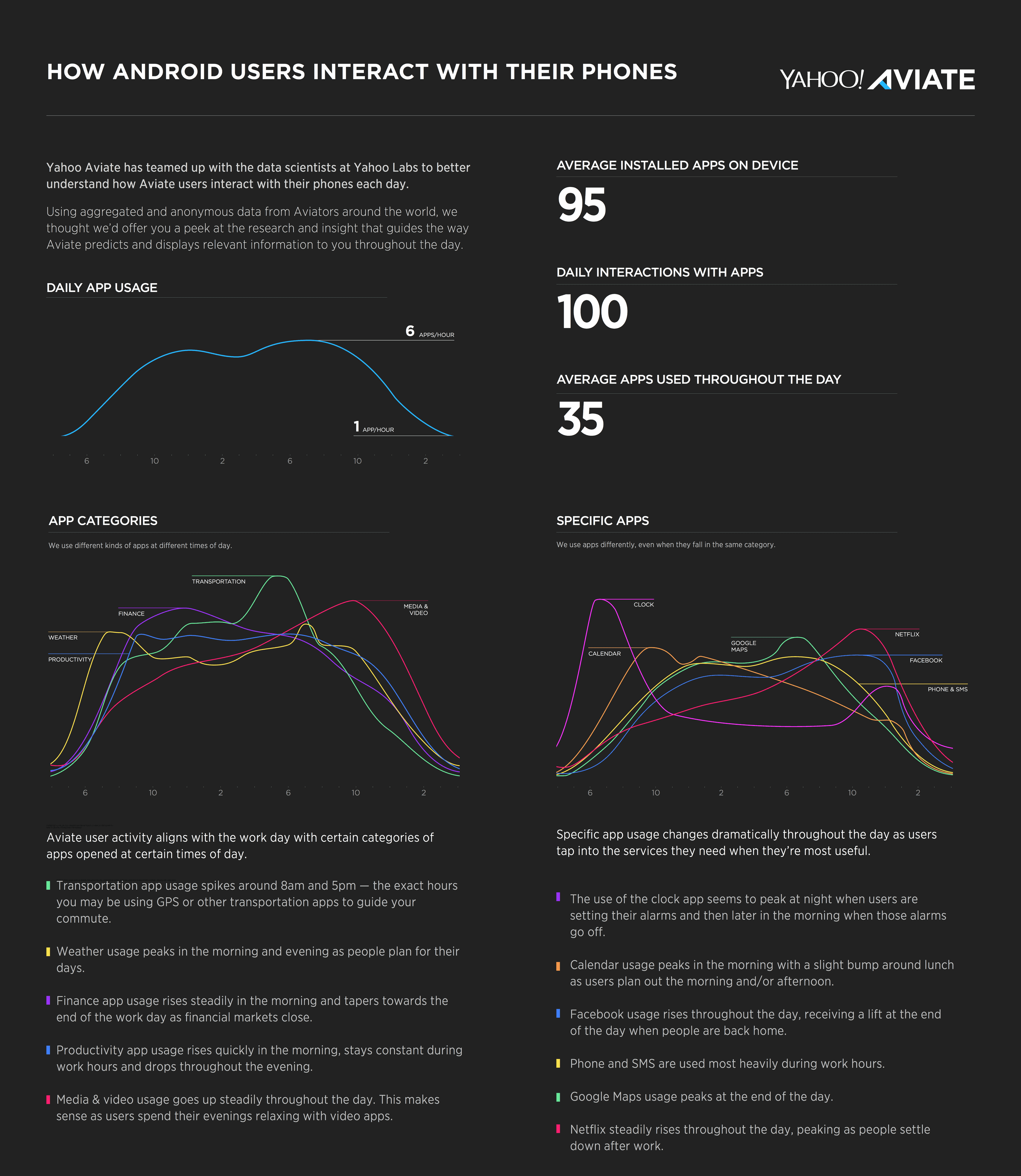