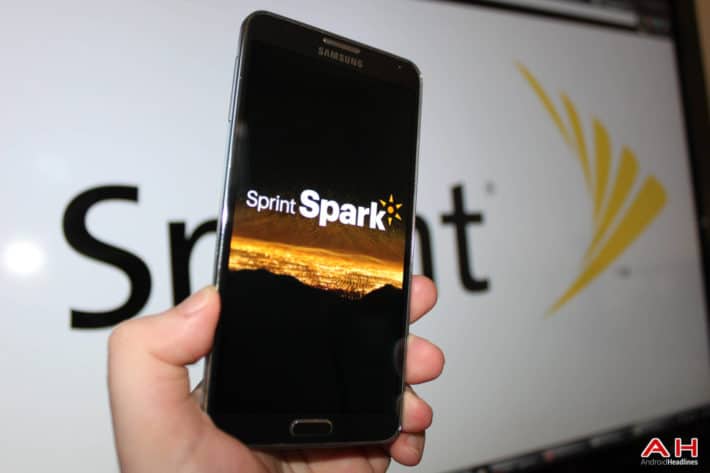 I suppose all analysts have to do is sit around and analyze all day – and these days it seems that every one of them has an opinion on Sprint.  When razzle-dazzle Softbank purchased Sprint a year ago, we really thought there would be some big changes; however, it seemed to be business as usual.  Dan Hesse, while a nice spokesperson for the company, just did not have the dynamic personality that was needed to stir things up and get the job done.  A month ago, he quietly, and with his usual gentlemanly manner, handed the reins of Sprint over to the anti-Hesse – Marcelo Claure, a dynamic go getter and exactly what Softbank and Sprint need…but is it too late? Sprint's problems go beyond leadership – they need a great network and they needed it yesterday.  Their new $60 unlimited plan, including data, will only go so far – lowering the price is great, but if you are still buying $60 worth of crap, who will jump from their current network to Sprint?  According to the latest analysts, the $60 unlimited plan may put some pressure on T-Mobile, but unlikely to hurt Verizon Wireless or AT&T Mobility.

Jefferies analysts Mike McCormack, Scott Goldman and Tudor Mustata questioned the plan's effectiveness – "We see the new $60 unlimited plan as competitive to T-Mobile's $80 single line offer, but question the magnitude of competitive pressure it will create given network quality issues and the inability to be bundled within a family plan."  Sprint has made it quite clear that family plans are the most important thing for them to address, given that most households will buy a family plan, not an individual plan like their $60 unlimited.  Jefferies analysts wrote: "Absent a bundling discount within a family plan, Sprint's pricing advantage narrows with the number of unlimited plan subscribers: Sprint is cheaper for up to two lines, while T-Mobile is equivalent or cheaper for higher-end plans." Analysts say that while neither AT&T nor Verizon offer any unlimited data plans, either on a single line or on a shared plan, that they not offered one for quite some time – proving that their customers truly value their large and reliable networks.  In addition, the customers that want simply unrestricted access to data have probably already migrated to T-Mobile or Sprint.  They believe the people that Sprint may attract are some prepaid customers from Verizon or AT&T, however, neither carrier is likely change their current pricing structure.  They are more than happy to let the high usage, less economical customers to go to the smaller carriers.

T-Mobile and Sprint will battle it out to try and up one another – Sprint announced a limited time offer for families of up to ten lines with 20GB of shared data for $100 a month, plus an extra 2GB per line for up to ten lines.  T-Mobile said this week if you bring a new customer to sign up for a Simple Choice plan they will give you unlimited LTE for a year and those already in a Simple Choice plan that already have unlimited data will get a $10 a month credit for a year. Whatever happens, Sprint will need to improve its network if they want people to stay.  Sprint expects its Spark service and its 2.5GHz TD-LTE service will cover 100 million POPs by year-end.  This will certainly help if they can make it happen – it will be a matter of regaining the public's trust…not always an easy thing to do.  Please hit us up on our Google+ Page and let us know where you stand with Sprint – a current customer, thinking of leaving, thinking of going to Sprint, or would never touch them…as always, we would love to hear from you.