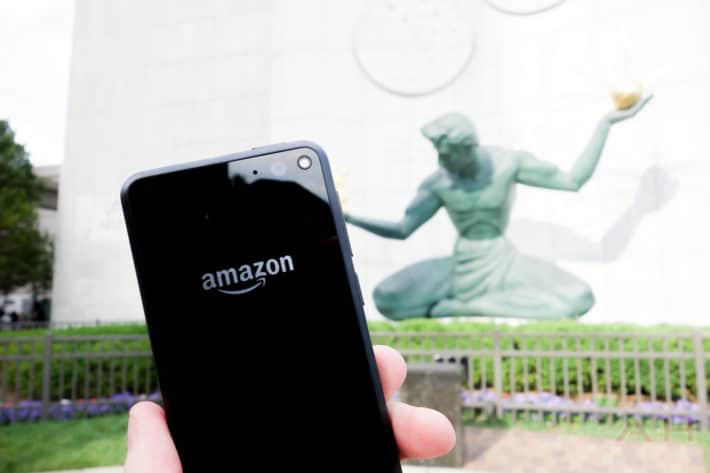 Color me surprised: Amazon isn’t selling very many Fire phones. According to recent numbers from Chitika that show the Amazon Fire Phone growth and adoption are steady, but very, very slow. Do you know anyone who went out and bought an Amazon Fire Phone? I sure don’t.

Amazon announced the Fire Phone in July, launching it following a brief campaign involving videos teasing the devices 3D background effects. The four front-facing cameras that create this effect weren’t enough to get people on board with the device. Neither was the devices quick-buy, Google-Goggles-type feature called Firefly. The phone is priced at $199.99 and only available on AT&T’s wireless network, further limiting its potential reach. The price point puts it on par with the Galaxy S5 and other flagship devices, but a flagship the Fire Phone definitely is not. Unless you’re really invested in Amazon’s ecosystem there’s not much that would compel you to purchase one.

Amazon doesn’t report sales numbers. Chitika’s numbers are estimates based on ComScore data of monthly smartphone ad pings. 35,000 may be a high estimate, with some of the data suggesting that there are only about 26,000 Fire Phones in the wild. Amazon relies on their sales numbers in dollars to reflect their progress, instead of reporting sales in units the way that manufacturers like Samsung or HTC do. Unlike their other Kindle products like the Fire tablets and Fire TV, the Fire Phone is not priced at or slightly about cost. With those devices, they sell them inexpensively and then make up the difference on content sales. With the Fire Phone, they decided to go a different route, partnering with a wireless carrier and selling the phone through retail stores instead of the Amazon website. The Guardian breaks down all the numbers in depth, looking at the percentage of Fire phones in use and the total number of smartphones that are active in North America. It’s pretty interesting stuff, but at the end of the day they point to small sales for Amazon and the Fire Phone. Who would have thought that this is how it would have turned out for them?